71 years ago in March 1947, a very cold winter saw snow piled high in the fields around Reading for several months. This was followed by a warm spell which resulted in all the melting snow finding its way into the nation’s rivers, including the Thames. Unfortunately, the river burst its banks all along the northern edge of the county of Berkshire resulting in significant flooding. 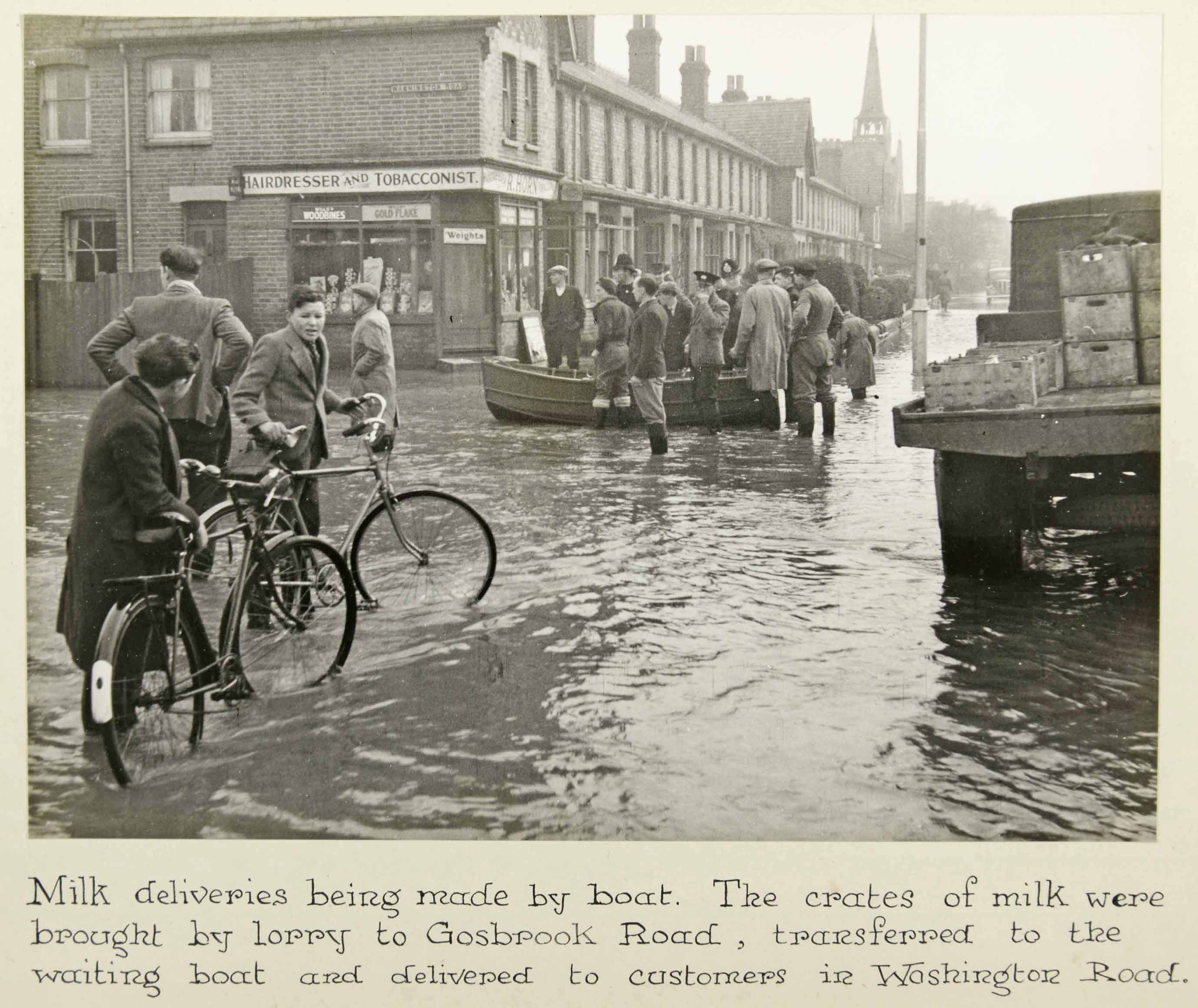 An album of photographs kept by then Reading Mayor, Phoebe Cusden, shows the devastation experienced at the time (ref. D/EX1485/14/10). The image on the left is of a bus going along Caversham Road in Reading. Those below show milk deliveries for transfer to customers marooned in Washington Road as well as the police involvement for delivering food to other stranded inhabitants. The water was apprarently so high in Mill Green, that the boats could sail over garden walls, gates and hedges.

This fascinating album kept by Cusden enables us to look back at what must have been a traumatic experience for many. Not least for one pregnant woman who was rushed by boat to Battle Hospital in order to give birth. It also reveals how helpful people could be by assisting the vulnerable or those incapacitated by the floods. The people of Reading showed their resilience too as the image below suggests - looks like business as usual in Vastern Road, despite the flood waters. 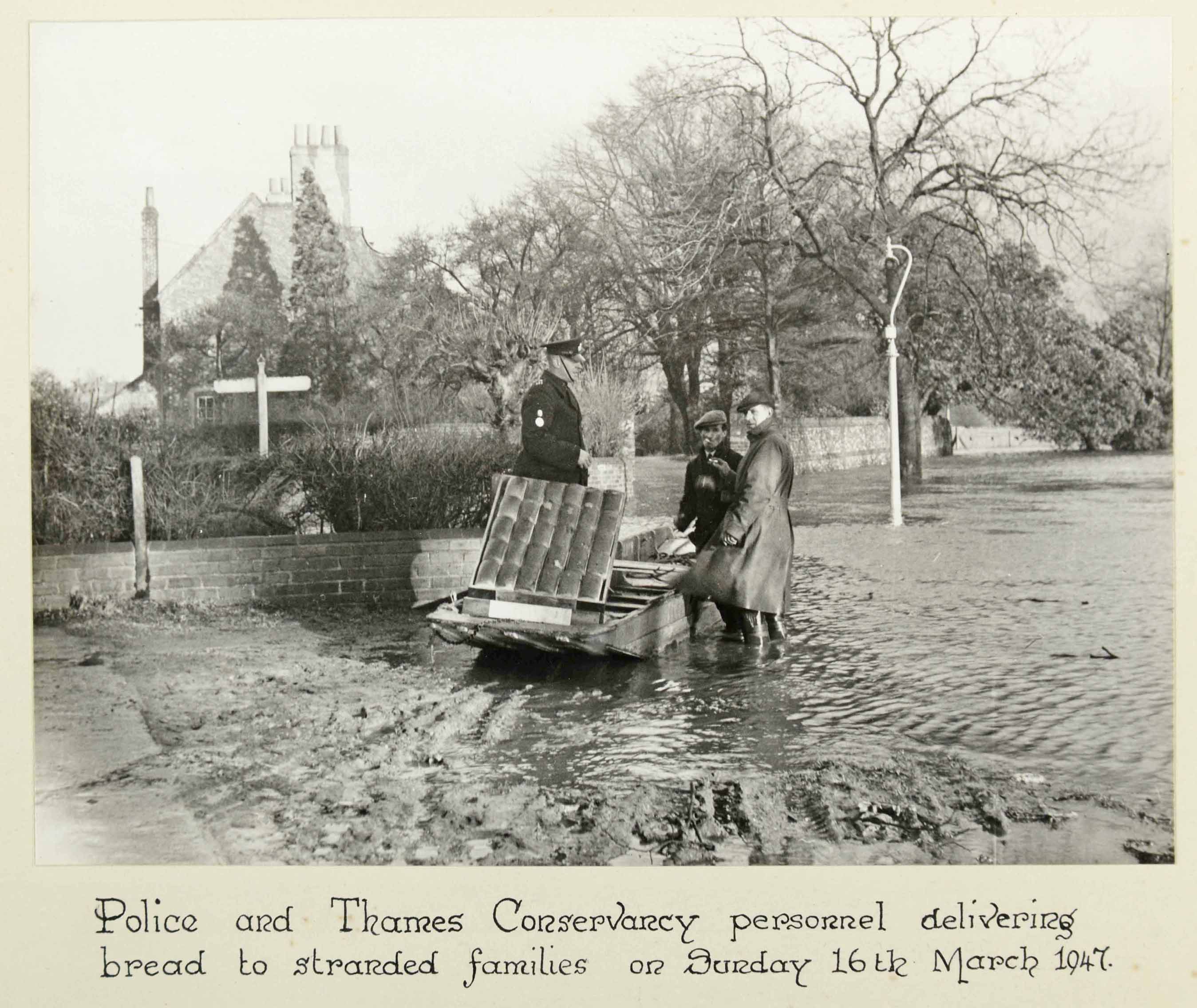 Who was Pheobe Cusden? She was born in Reading in 1887, but educated at Bishop Fox's High School, Taunton, Somerset. She worked for the Post Office until she married Albert Ernest Cusden in 1922. In 1928 she started a small private nursery school in Blagdon Road, Reading, and in 1934 became Organising Secretary of the Nursery School Association of Great Britain. She also published a book on 'The English Nursery School' in 1937.

Phoebe became a socialist and an active trade unionist and her interests included early childhood education and international relations. She was a member of Reading Board of Guardians, 1919-1922, and organised clubs and holidays for poor children. She was a Justice of the Peace for Reading Borough, and a Reading Borough Councillor, 1931-1949, serving as Mayor of Reading 1946-1947, and was instrumental in starting the Reading-Dusseldorf Association. She was awarded an MBE in 1951 and died in 1981. 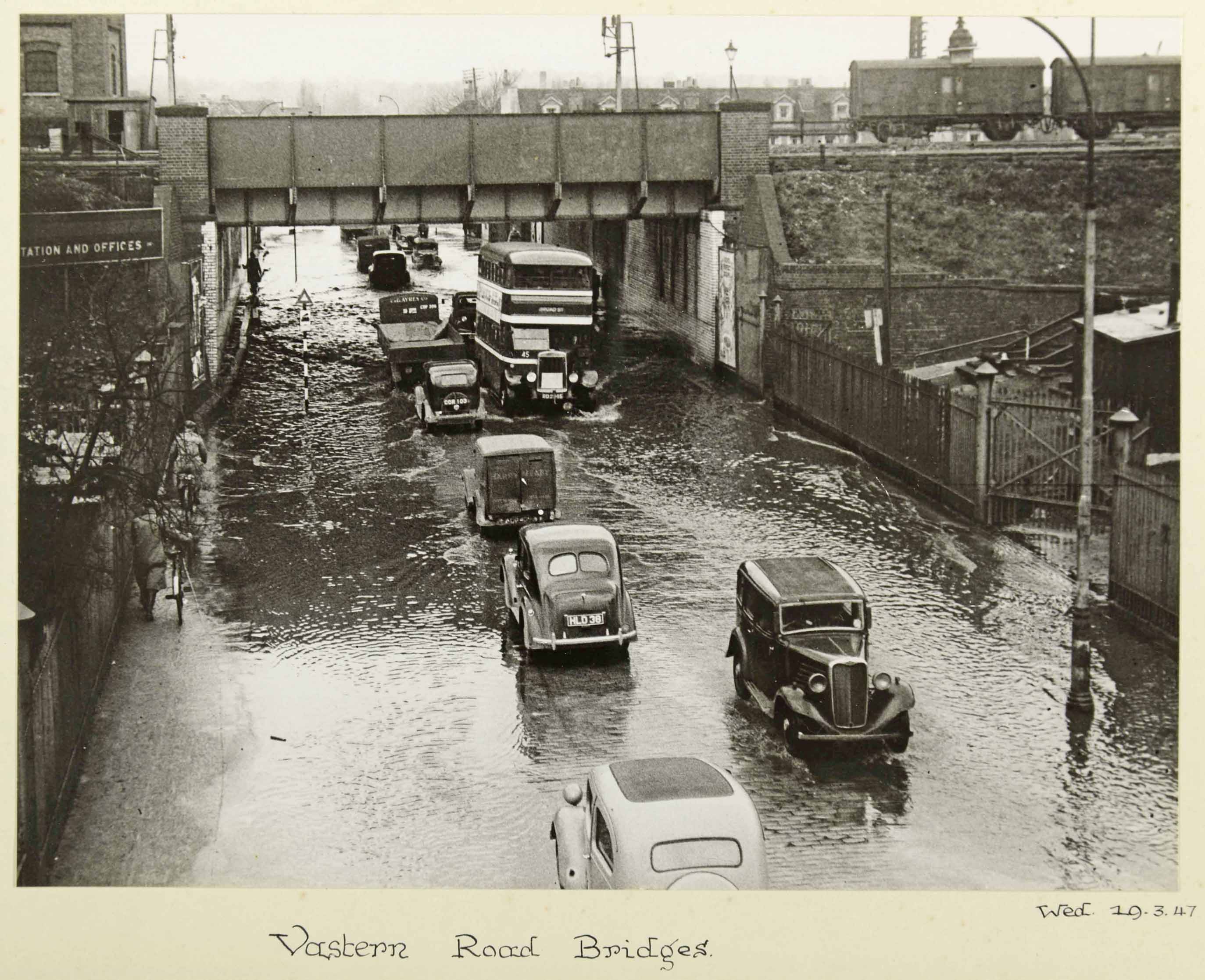