Rugby excellence in the 1920s 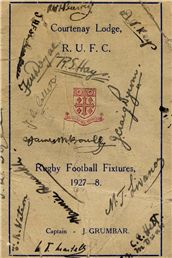 September 2015 sees the start of the Rugby World Cup and fittingly the BRO has a local rugby fixture list which comes from a collection of records relating to Jacques (or Jack) Grumbar who attended Courtenay Lodge School in Sutton Courtenay between 1924 and 1928 (catalogue reference: D/EX2479/1/2). The front of the fixture list is shown on the left and has the signatures of all the players except Grumbar himself, perhaps because his name appears in print as Captain.

Jacques Grumbar came to England from France in 1924 speaking very little English, but soon became one of the school’s star pupils. He picked up English very quickly and excelled in all aspects of school life, particularly in sports. He became Captain of the Rugby Fifteen as well as the Boat Club and was an excellent boxer. He was also a school prefect and is described in a recommendation from the school to the Emergency Committee in 1939 as ‘a splendid fellow, full of vitality and a great leader. He never spared himself in any way, and was able to inspire others with his own enthusiasm’. 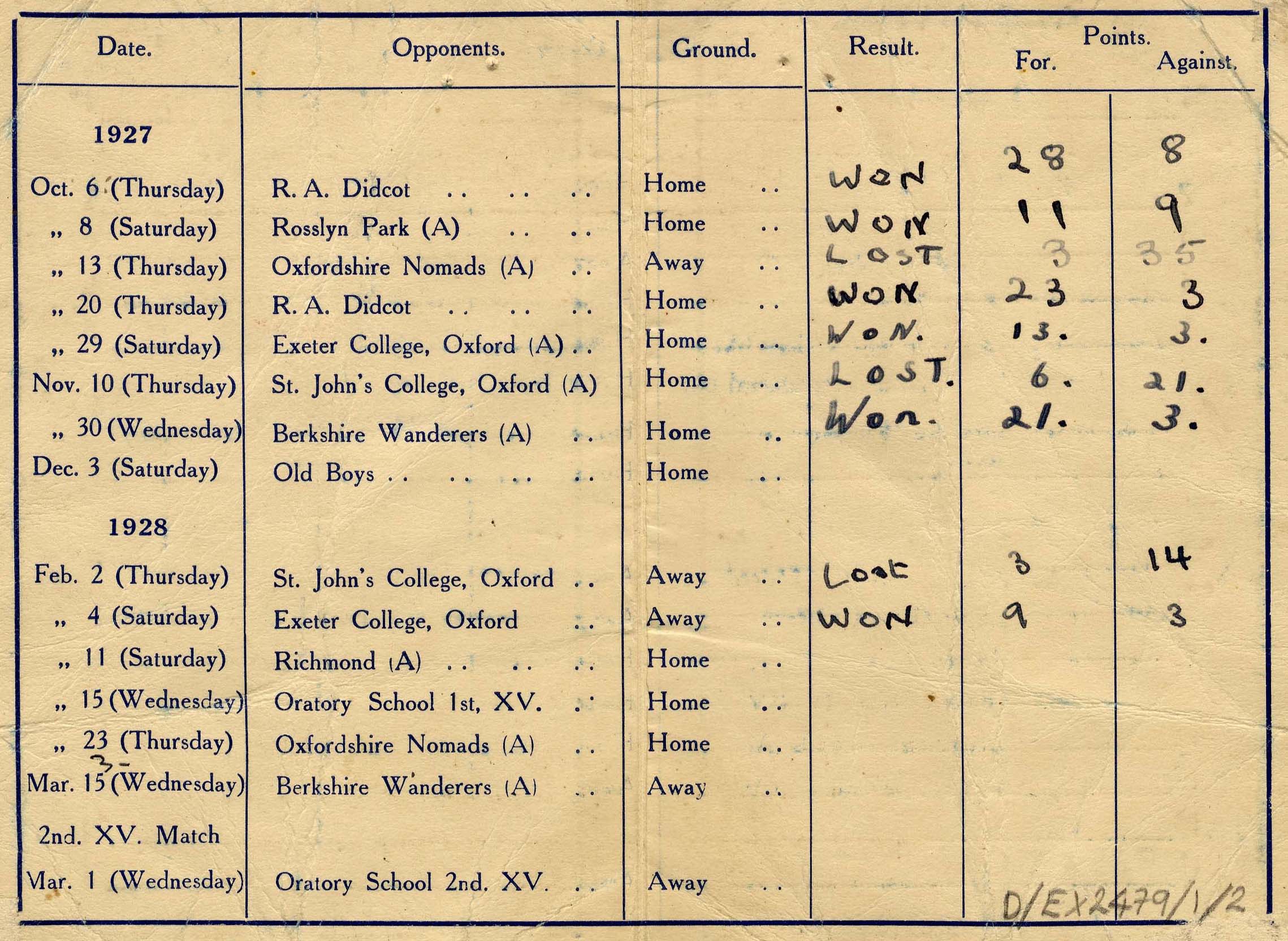 This fixture list is for the 1927 to 1928 season and shows that the team was doing pretty well having won 6 matches, with only 3 losses. This is particularly impressive if you consider that there were very few school rugby sides around at this time and they were therefore generally playing teams from Oxford colleges and other clubs made up of older players.

Grumbar played at fullback which is interestingly shown as number one rather than fifteen as you would see today. In the 1920s teams could be numbered in different ways, but it was common to start with the fullback at number 1 through to 15. From the 1960s, the numbering of forwards was 1 to 8 and the backs 9 to 15. This is what the International Rugby Board uses today. 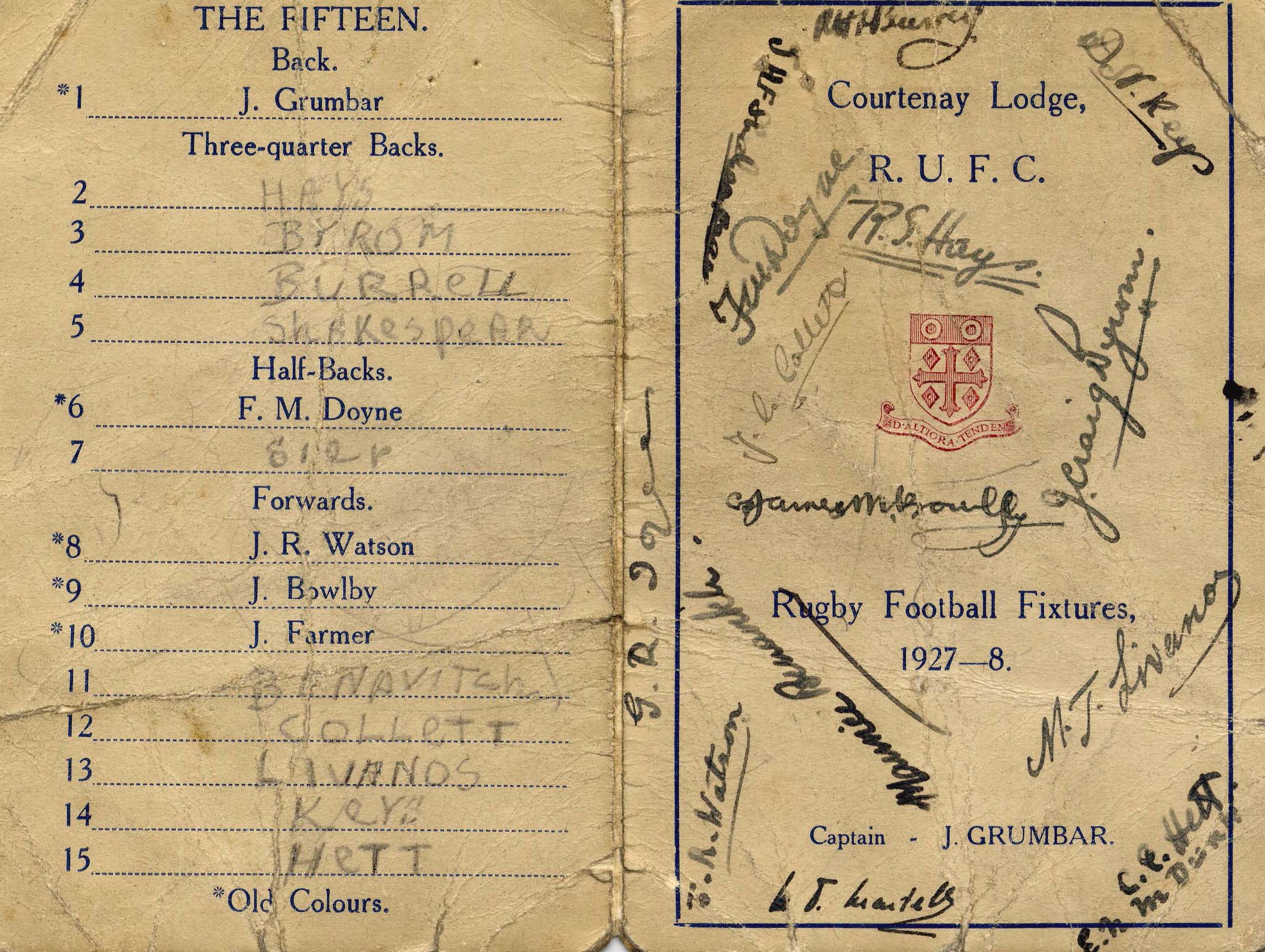