From privileged monks to ruinous royals

In 2009 the remains of Reading Abbey were closed as it was deemed to be unsafe for visitors. In 2015 the ‘Reading Abbey Revealed’ project secured Heritage Lottery funding with the help of match-funding from Reading Borough Council in order to restore the ruins and on 16th June 2018 the remains will be open to the public once more. Here at the Berkshire Record Office (BRO) we have a few items related to the Abbey which can provide an insight into what went on there and what its layout may have looked like.

Reading Abbey was founded by Henry I in 1121, but he died before it was complete and was buried there in 1136. The Abbey acquired not just the town, but enormous privileges to hold courts and fairs, control trade and hold Royal funerals and weddings.

The image on the left is of a copy of an agreement between the Merchant Gild of Reading and the Abbot of Reading Abbey from 1254 (ref. R/IC3/1). It defined the relationship between the town and the Abbey and allowed the burgesses of the Gild to keep their market, their Gildhall and other properties. In return, the Abbot received a financial contribution from the Gild and could collect the fines from the court.

In 1539, King Henry VIII closed the Abbey and took its possessions through his Dissolution of the Monasteries. However, the Abbey became a royal lodging place and continued to be used until the Civil War, after which it slowly turned to ruin.

Below we have a twentieth century plan of the Abbey as it was believed to have looked like in the Middle Ages (ref. R/D135/33). It is drawn on cloth and is part of a collection of historical notes by H.T. Morely of Reading. From it we can see that there was believed to have been a well in the centre of the cloisters next to the nave and Abbey church. 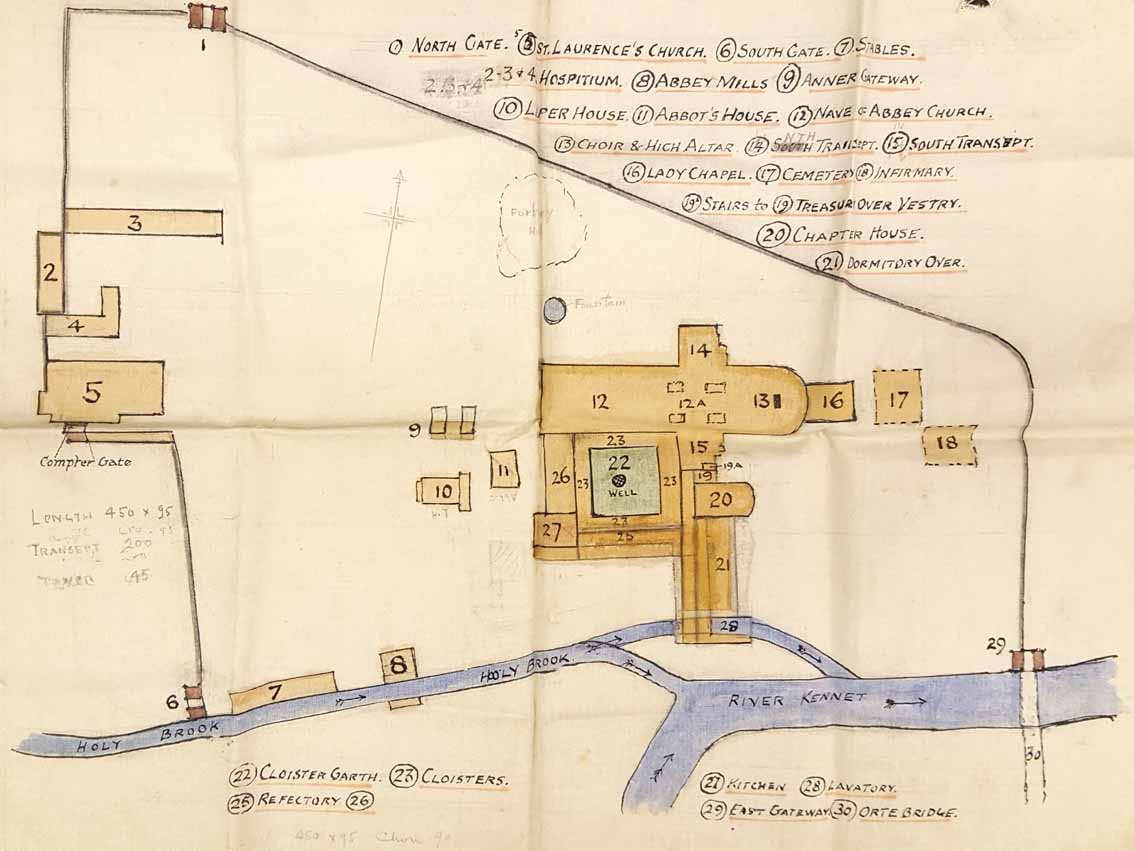 Another item at the BRO tells us more about the type of work that went on at the Abbey in the form of the Reading Abbey Formulary (ref. D/EZ176/1; see the image below). The BRO was fortunate enough to purchase the item with generous support from the V&A Purchase Fund, the Friends of National Libraries and the Friends of Reading Abbey. Believed to be dated c.1340s, it sets out formulas for types of legal documents such as deeds, leases and bonds. It seems to use real examples from the Abbey as well as other places such as Leominster, and Ivington in Herefordshire between the period of 1227 and 1337. 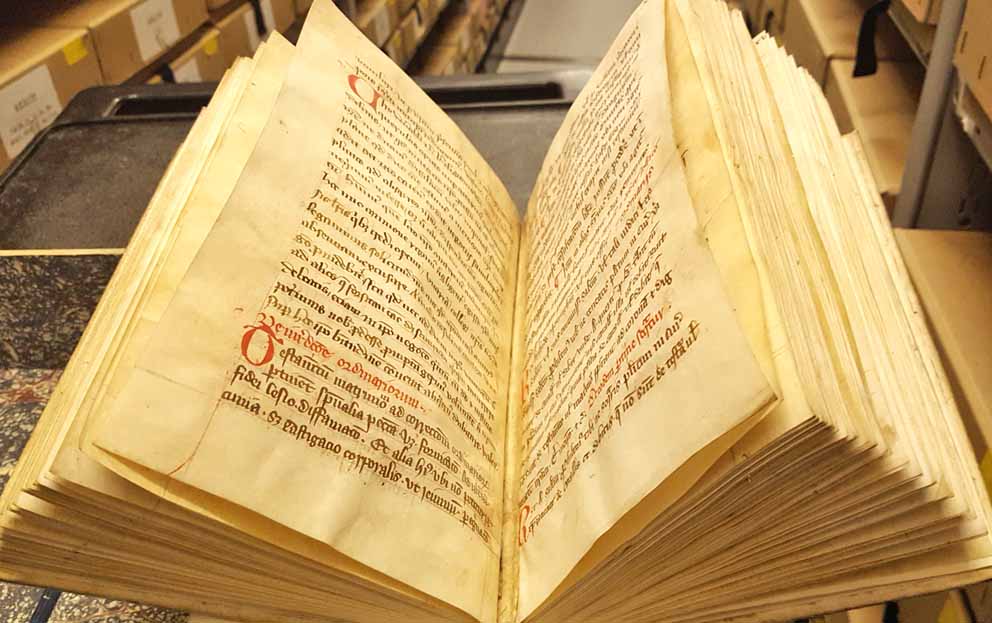 Although not much has survived, we can draw a great deal of information from the records that have, as well as the archaeological discoveries of the Abbey. Reading Museum has items from the Abbey on display in their 'Story of Reading' gallery and you can discover more about the town of Reading as a whole: Reading Museum. The restored Reading Abbey is open to the public from 16th June 2018 and you can find out more about the Abbey and its restoration on the Abbey Quarter website: Abbey Quarter.