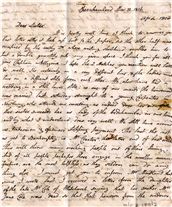 When we think about the economic situation we are currently in, we may think how hard things are. Imagine what it would have been like in the early nineteenth century. As this letter suggests, it was not easy back then either.

In March 1816, the Revd John Winter was the Independent minister at Newbury and he wrote a letter to his sister, Elizabeth Maitland, about the economic hardship facing the local tradesmen and people.

He mentions how several local tradesmen and farmers, such as Mr Coxeter a cloth manufacturer, were in financial difficulties. This in turn would lead to much unemployment. Winter states that those in the woollen industry were perhaps 'the most helpless, as they seldom can do anything else'.

Winter also talks about the fact that some of his congregation, who worked as housekeepers, could be driven from their household as the landlord was bankrupt and the estate was to be sold at auction. It may have been spring when he wrote the letter, but to be homeless and out of work at any time of year must have been very hard indeed. 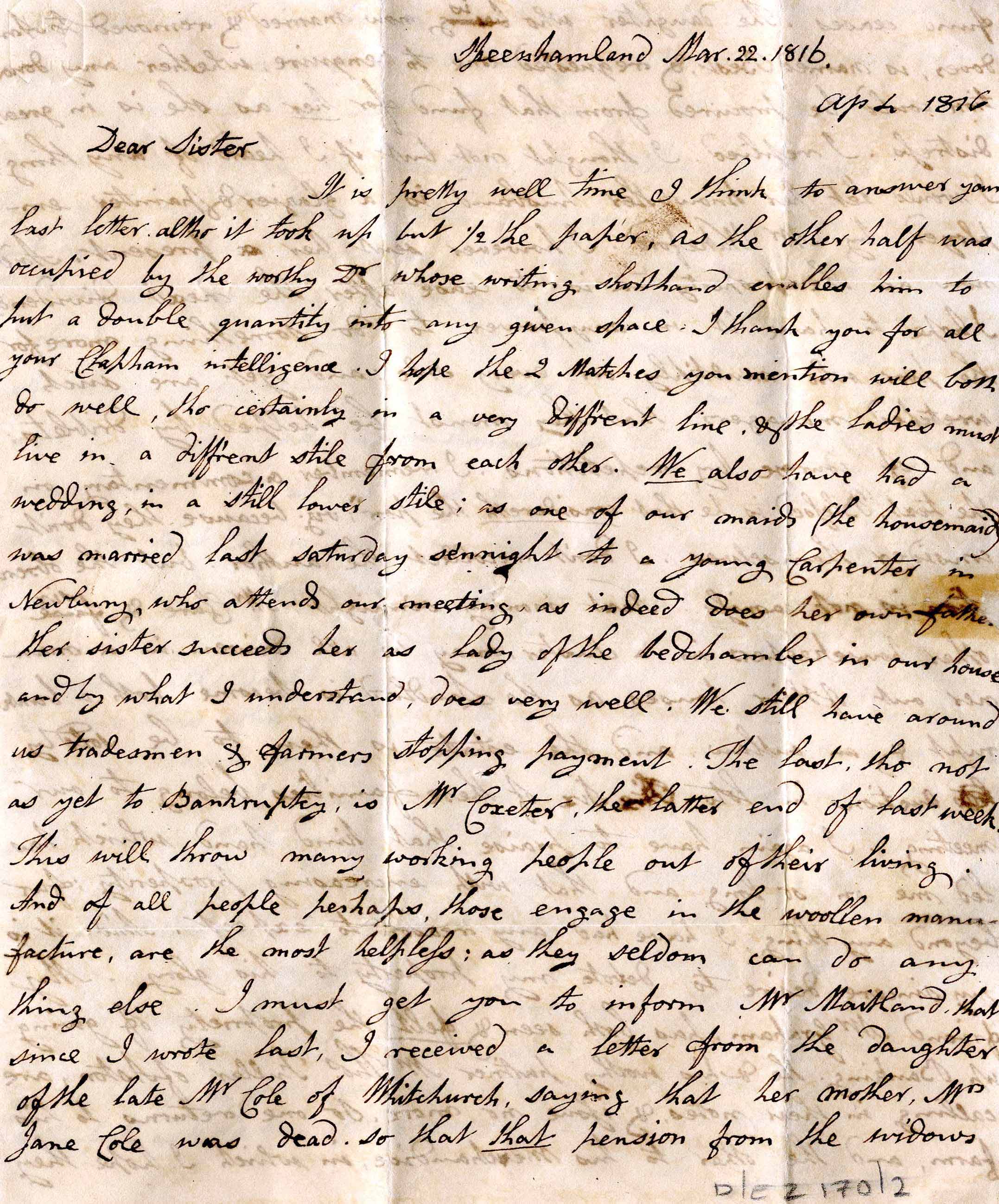