The beginning of a new year is often seen as a fresh start and a time to re-evaluate and set new personal challenges. We often try to become more active and improve our health and fitness. With so many of us now working from home and moving a lot less in our daily lives, this resolution is likely to be a common one in 2021.

2020 saw a boom in running and cycling with many taking to the roads on two feet or wheels and looking to established clubs for advice. Here at the BRO, we hold many records of local sports clubs including those of the Maidenhead and District Cycling Club (MDCC) [ref. D/EX2251]; a club for road cyclists, both experienced and new.

Formed in 1881 as the Maidenhead Wanderers Bicycle Club, it later become known as the Maidenhead Wanderers Cycling and Athletic Club in 1904. Early minutes from 1914 show that the club was not particularly well supported, with low attendance and a financial deficit owing to an Annual Sports Day held on an August Bank Holiday. However, over time, the club grew and became a more social and competitive club taking part in local races. 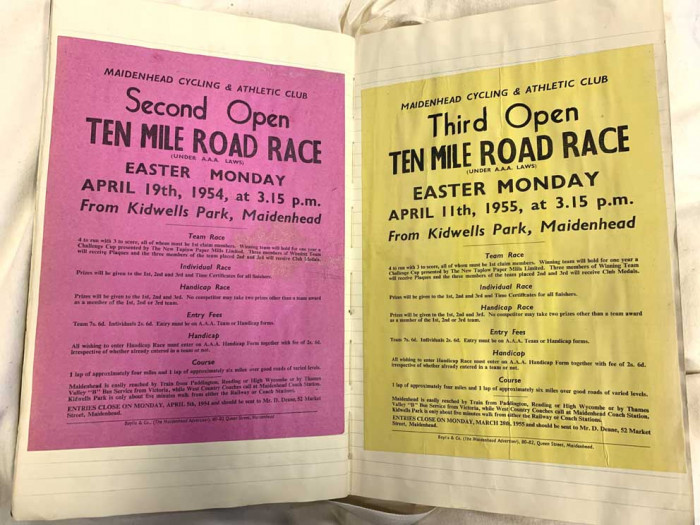 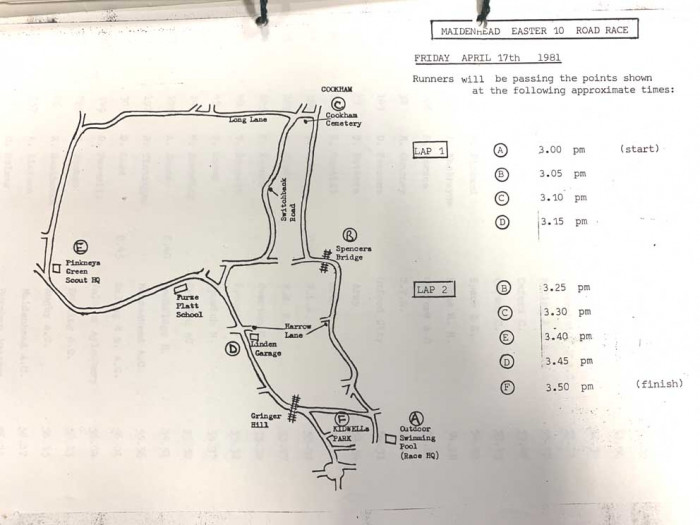 The club was responsible for hosting the first 10 Mile Open Road Race, now known as the popular Maidenhead Easter 10. It took place on Monday 6th April 1953 with the course starting from Market Street and ending at Kidwells Park. First place was awarded to S.E.W Cox from Southgate H, who completed the course in 54 minutes 19 seconds. 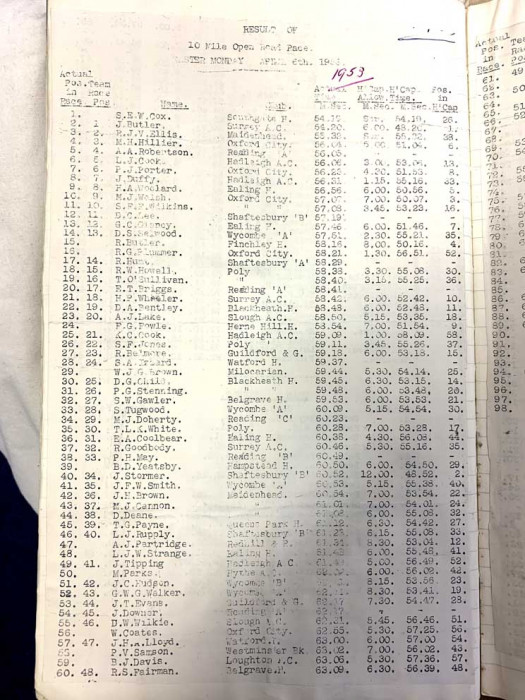 The first three members of the Maidenhead club to cross the finish line were J.H. Brown, M.J. Cannon and D. Deane coming in 36th, 37th, 38th place respectively. Overall the club as a team, came in 8th position. 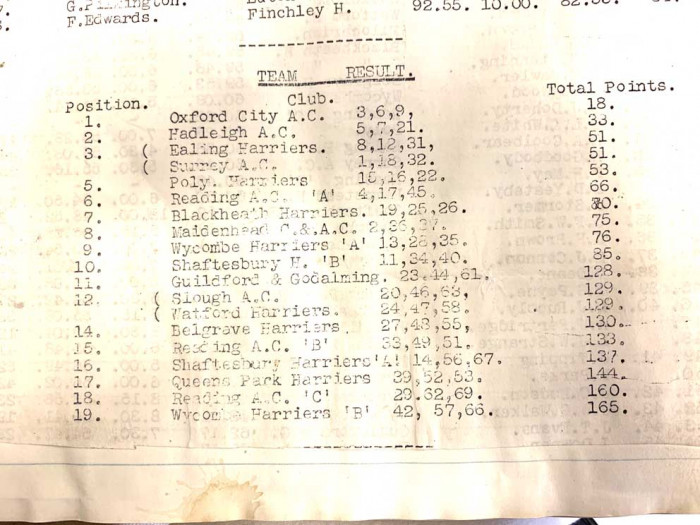 The union between cycling and athletics has not always been a symbiotic one and differences between the Amateur Athletic Association and the National Cyclist's Union resulted in separation and reconciliations. The spilt finalised in 1965 when the athletics section became the Maidenhead Athletic Club, and the cycling section became the Maidenhead and District Cycling Club as we know it today.

If you have taken up a new form of exercise such as running or cycling, then a perhaps a potential future goal may be to enter a race or even join a club. Why not search online for your local clubs?

To find out more the clubs mentioned in this article, simply click on these links: Maidenhead and District Cycling Club   Maidenhead Athletics Club