Letters by the book 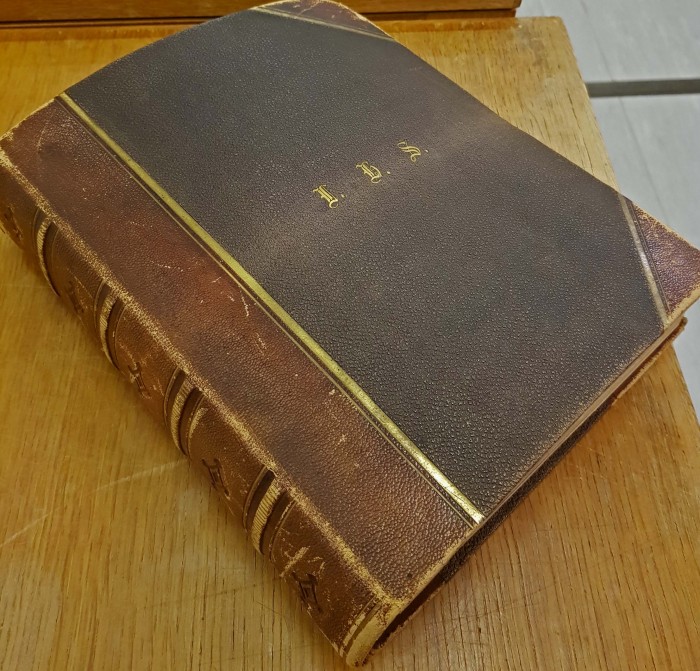 This month’s highlight is an album of letters (ref. D/EBY/F48-49) compiled by Louisa Scott, a connection of the Benyon family of Englefield. Embossed with Louisa’s initials, and containing many letters addressed to her family and friends, the album was seemingly created for famous autographs as in many cases, only the signature remains. 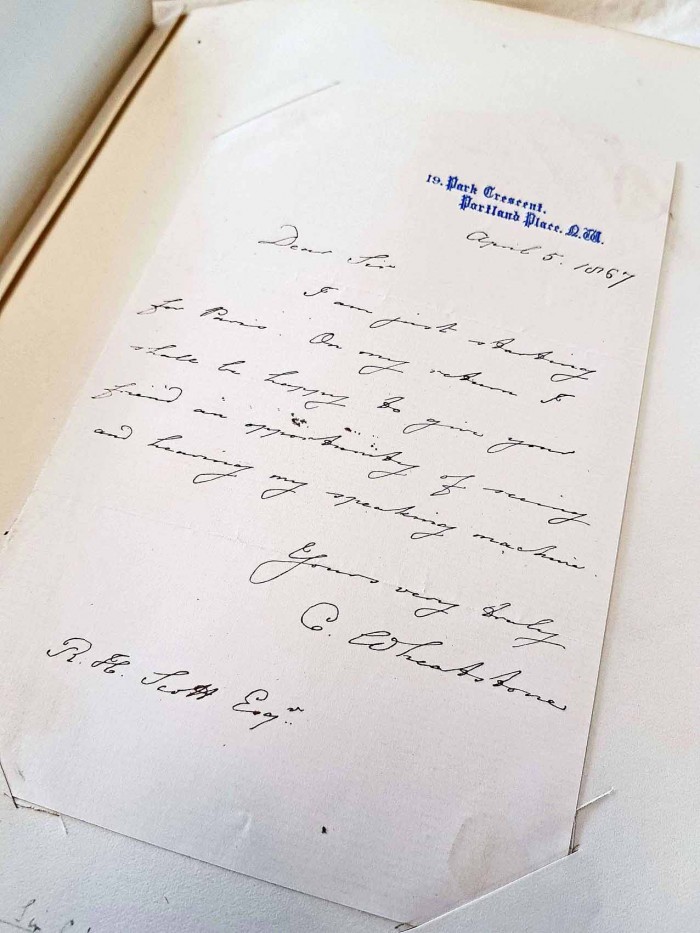 Letters were the nervous system underpinning the 19th century, communicating everything from trade and politics to social niceties and provide a fascinating insight into society and people’s lives. The album reveals the influential connections of the Scott family, from Prime Ministers Disraeli and Gladstone, to Queen Emma of the Sandwich Islands (Hawaii) and the author Anthony Trollope.

Due to Robert Henry Scott’s (Louisa’s brother) position as Director of the Meteorological Office, many letters have a scientific theme, and one (see image above) from Sir Charles Wheatstone, 5th April 1867, regards an interesting piece of technology. A decade before the invention of the telephone, Wheatstone writes "I shall be happy to give your friend an opportunity of seeing and hearing my speaking machine". This curiosity was Wheatstone’s improvement of a machine which could replicate vocal sounds and is thought to have influenced Alexander Graham Bell’s work. 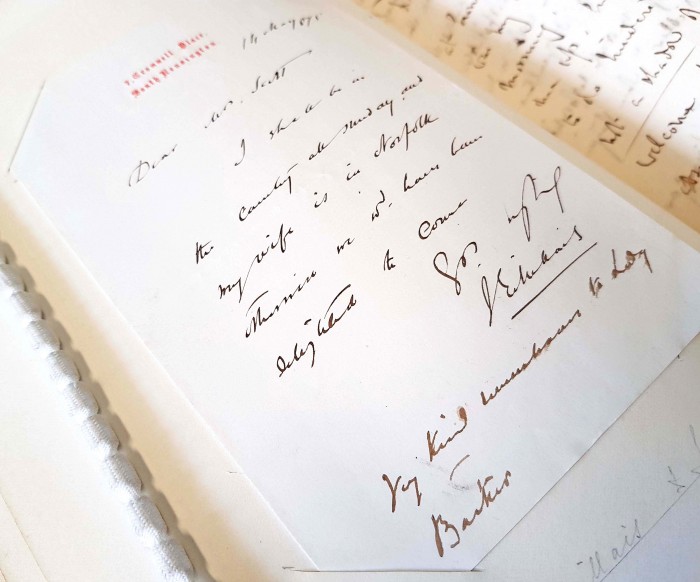 Beautifully written letters were often discarded and one which could easily have shared this fate was from the artist Sir John Everett Millais, dated 14 May 1875. Just a few lines long, as we can see in the image below, he apologises for being unable to meet the recipient. Perhaps the reason Louisa kept this seemingly unremarkable note is an indication of how highly regarded Millais was in the late 19th century.

Personalities are also revealed within the carefully preserved pages. The unconventional John Campbell, 9th Duke of Argyll and husband to Queen Victoria’s daughter, Princess Louise, is one such example which we can see below. Declining an invitation he declares "I feel sure that my presence w[oul]d add no flavour of an agreeable kind to the cookery meeting", "the Princess knows all about cookery, but I know nothing". The language he uses gives a sense of his character and supports the fact that Princess Louise was said to have been an excellent cook. 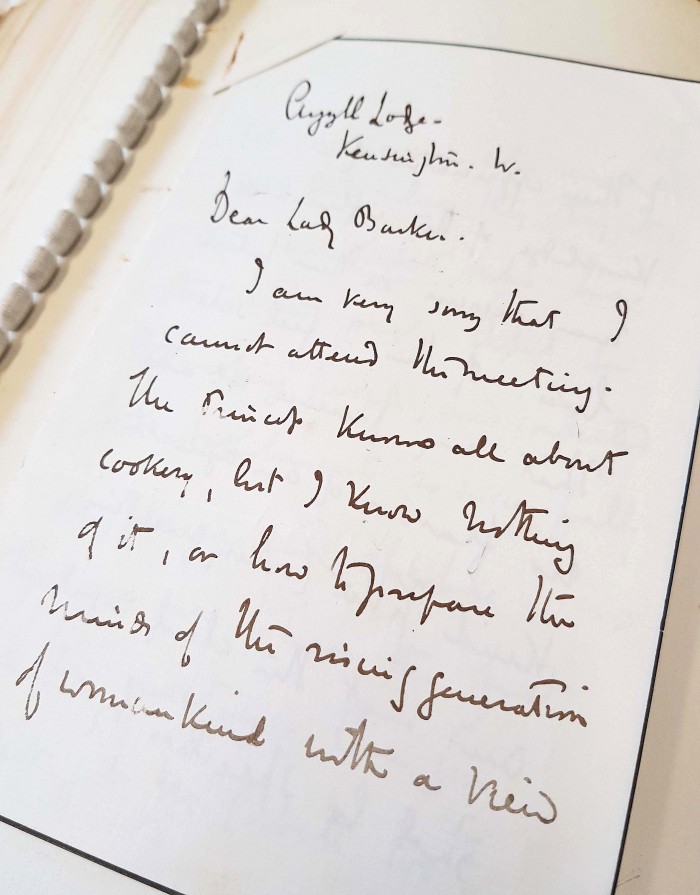 Sadly we only have one side of these conversations leaving us to ponder the real stories behind the letters.