Chinese New Year, also known as the Lunar New Year, celebrations take place on Friday 12 February 2021 with the transition of a new moon into the year of the Ox. To coincide with this, we explore records relating to China contained within the papers of Phoebe and Albert Cusden of Reading (document reference: D/EX1485/25/39). 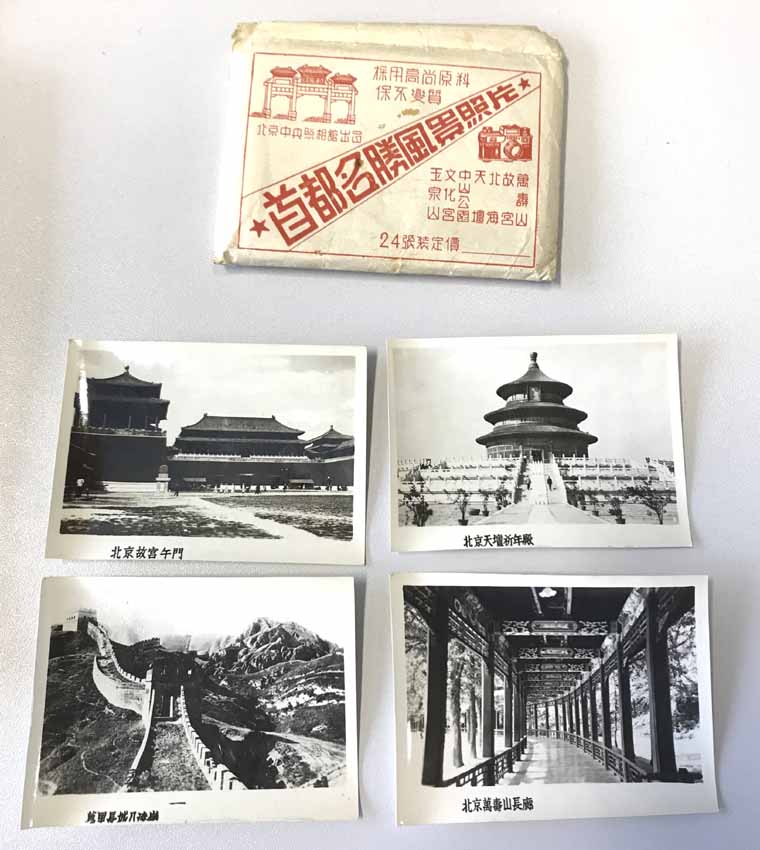 She was fortunate to be invited to a four-week Goodwill Mission to China in August-September 1955, along with a group of MPs, trade unionists, members of peace organisations and others. She had been selected for the trip in her capacity as International Vice-Chairman of the Women’s International League for Peace and Freedom. Cusden took great personal interest in international relations and she was an ardent pacifist, so by attending she hoped to help build positive relations between both nations. 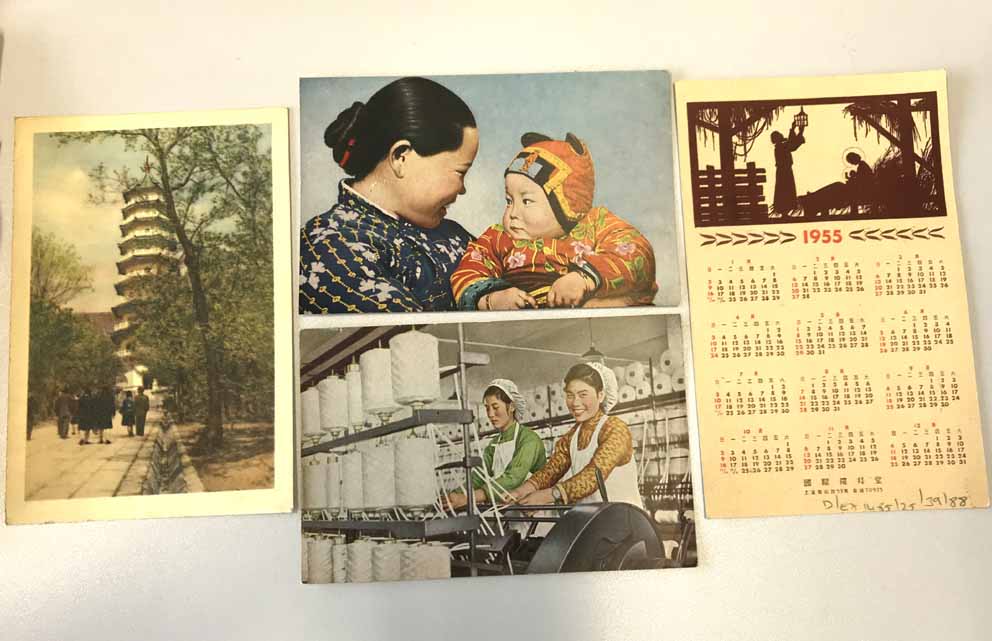 Phoebe Cusden visited hospitals, universities, schools, nurseries, factories, a prison, a women’s reformatory, an agricultural co-operative village, a housing estate, a great flood-control project and a People’s Court. She was particularly interested in meeting with Christian communities in China during her visit, including Christian Youth Leaders in Shanghai. It was reported at the time that she was impressed with the efforts that were being made in China to develop natural resources, raise living standards and educate people. 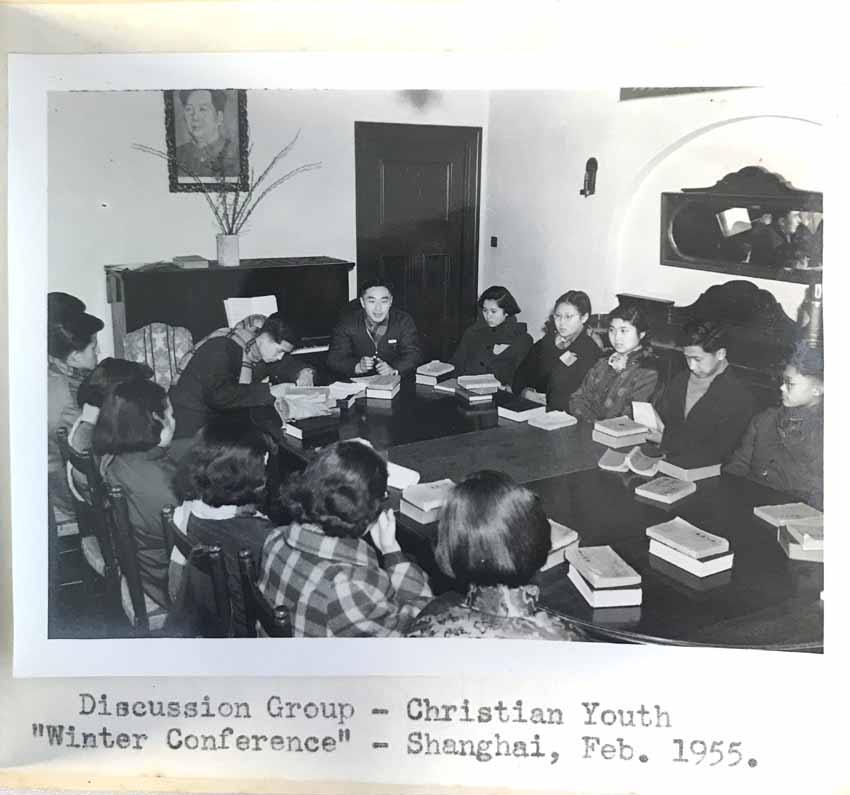 Upon her return from China, she did not forget the connections that she had forged during her trip. She shared her experiences by delivering frequent talks on the topic. Amongst other ventures, she also sought to pursue an exchange of drawings between children in Reading and children in Beijing. She wrote, ‘although language prevents written intercourse, pictures which show the life of children in each others’ lands can help them to understand each other’.

For many years afterwards, Cusden continued her interest in relations with China. Our records show that she was involved with the Society for Anglo-Chinese Understanding in the latter years of her life, between 1970 and 1980. 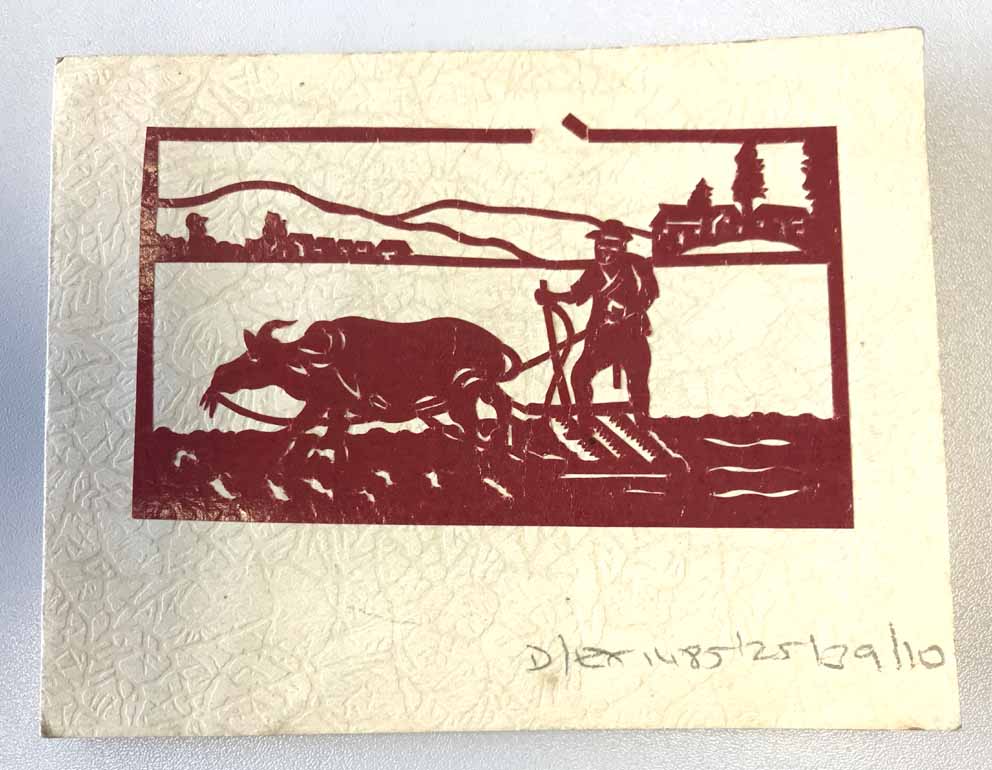 Her personal papers contain several records from the trip, including, photographs, postcards and souvenirs. This includes a small photograph album of churches and Christian groups in Shanghai. Fittingly, as we celebrate the year of the Ox in 2021, the album cover depicts an agricultural scene with an Ox used to plough a field.

Find out more about Chinese New Year celebrations in 2021 here.