A Scrap of History 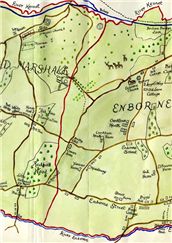 The pictures shown here are all taken from the Enborne and Hamstead Marshall WI's scrapbook (ref. D/EX322/6). It contains details about the villages such as the fact that the population of Enborne was 603 and for Hamstead Marshall it was just 186. There are historical details about the churches in both villages as well as farming in the area and how all the farmers were tenants of the Craven Estate in 1965. Street Farm is shown in this picture.

The section on people highlights 'noteworthy parishioners' such as Dr Allibone who was Chief Scientist of the Central Electricity Board and Paul Ensor, the Chairman of the Enborne and Hamstead Marshall Flower Show. There are also pieces of fabric stuck in showing what was being used at the time (shown below), and even a list of birds typically seen in the area. 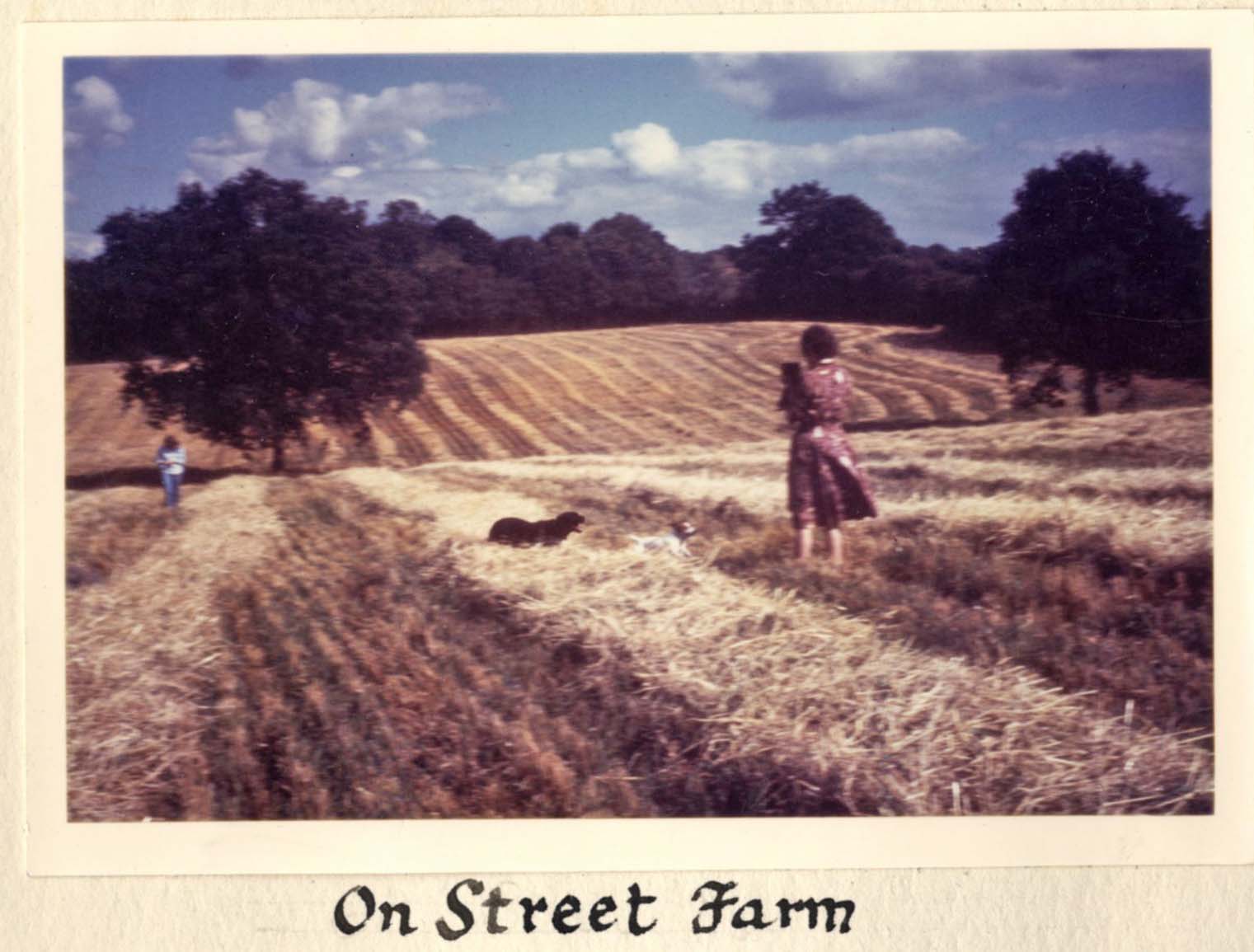 An interesting section entitled 'Life in the Home' states that "Our adolescents, in this year, are dressed so much alike that their silhouettes at a distance might equally be those [of] boys or girls". There is also reference to old local dialect words such as 'Hud-me-dud' meaning scarecrow; 'in a caddle' meaning worried and 'cluttery weather' meaning unsettled. 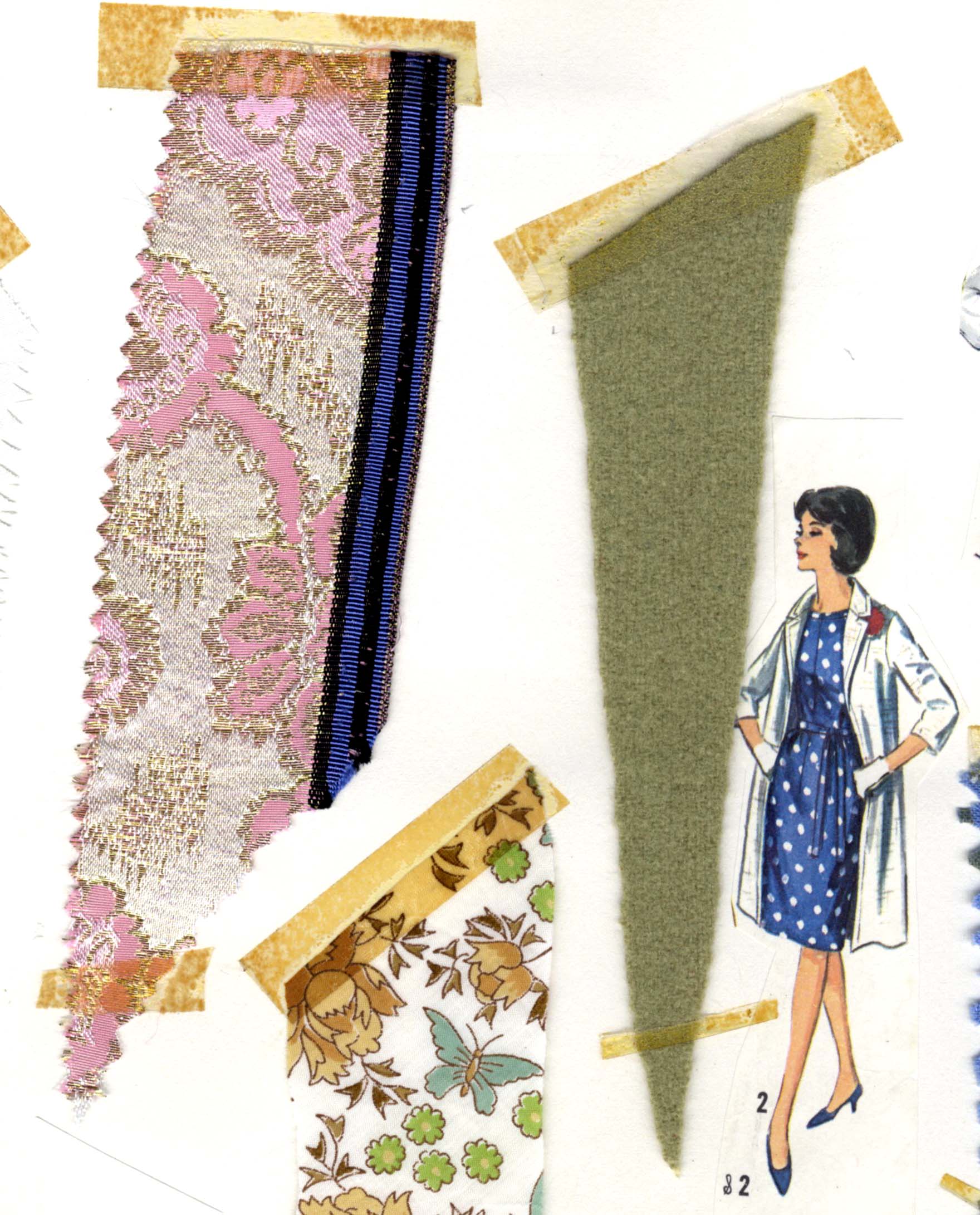 There are references to the school, events in the parish and what the WI got up to in 1965. They held talks, demonstrations and competitions, and attended the National Federation's AGM held at the Royal Albert Hall. The image below shows WI ladies at a dress making class and below it there is a hand drawn image of WI ladies "Going to the Albert Hall". In fact, such illustrations can been seen throughout the scrapbook and were made by Helen Robinson who also compiled it.

The WI ends the scrapbook with a note about how they hoped that it would provide a "truthful and enlightening picture... of [their] unspoiled and much-loved villages, their people and their homes in 1965".The scrapbook really does provides an insight into life in Enborne and Hamstead Marshall in 1965, indeed all the scrapbooks in the D/EX322 collection do. 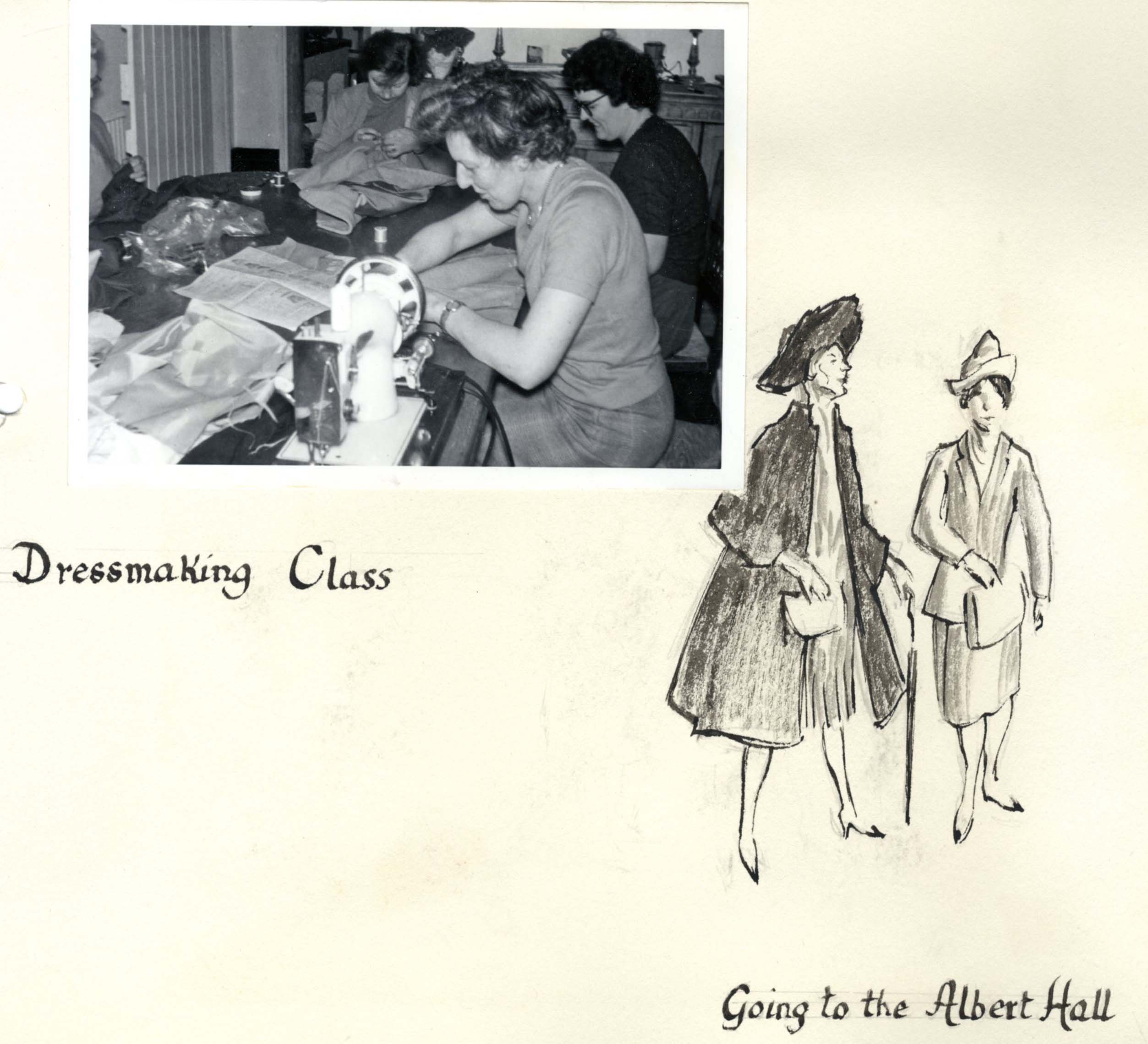