All aboard your highnesses!

Amongst the archives at the BRO we have a wonderful little notebook from 1941 containing the memoirs of S. T. Mann, who was the Station Master at Windsor between 1903 and 1925 (ref. D/EX1915/5/14). Mann reveals that he started his career as a booking clerk and also worked in the goods department at Ironbridge Brosley, in Shropshire. He worked at various stations such as Campden in Gloucestershire and Uxbridge in Buckinghamshire. It was at Uxbridge in c.1900 that he first encountered royalty.

He tells of how the gas lighting had failed at Uxbridge and that 'the whole place was in darkness' so he had to send mounted police on to the carriage carrying King Edward VII in order to advise his majesty to catch the train at  West Drayton.

There are moments of scandal too as in 1904 Lady Mount Stephen lost her £2000 pearl necklace. St George's Chapel at Windsor Castle was searched along with the station yard, but it was not found. Later a porter came forward to say that he had found the necklace and not realising its worth, gave it to his girlfriend. Despite the porter returning the necklace, he was dismissed. However Lady Mount Stephen took pity on him and found him a job as chauffeur to Lady Burnham. 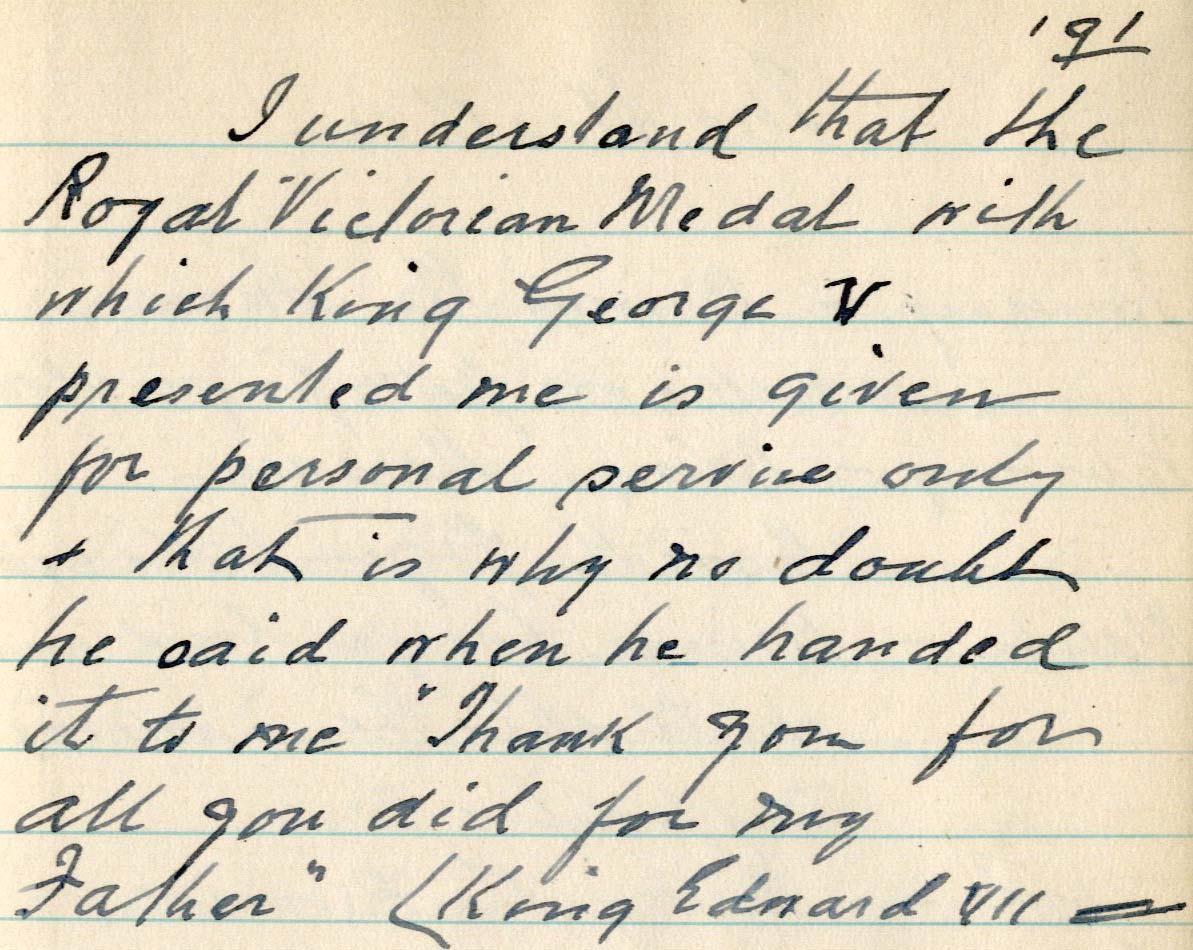 The memoir is a fascinating read about what went on at Windsor station. It includes aspects relating to the war such as when wounded soldiers were brought by train to be taken to Windsor Hospital. Mann even refers to receiving  the Royal Victorian Medal from King George V for personal service so he must have been very good at his job (shown here left).

Perhaps the most curious of entries are the final two pages where Mann has written a 'rhyme' about the weather (shown below). It's more of an afterthought than a memoir, but interesting none-the-less. Apparently November 'brings the blast then the leaves are whirling fast' - sounds about right. 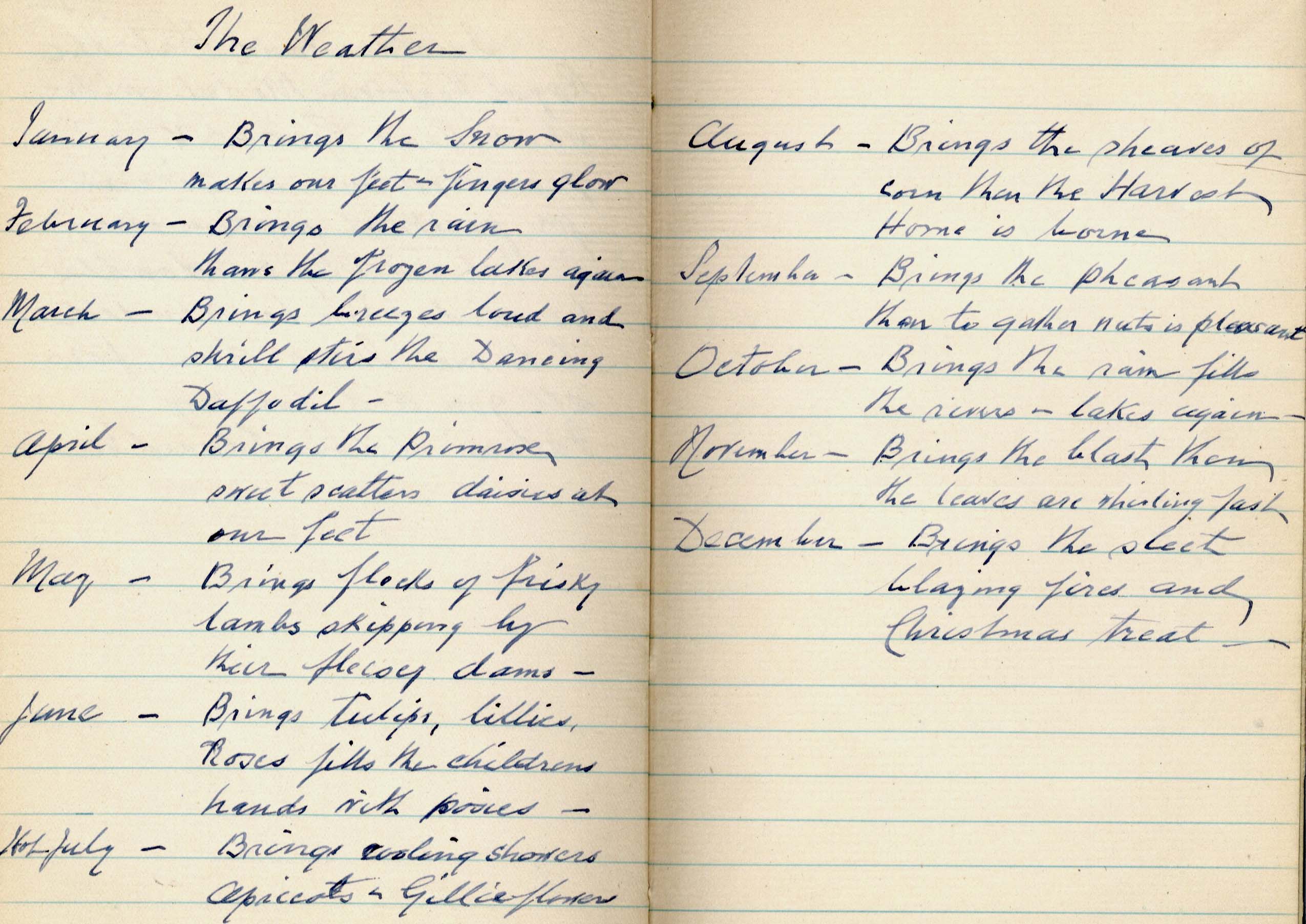