Memoirs of an eighteenth century man 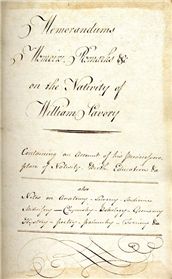 This is the volume of memoirs of William Savory of Brightwalton, an apprentice for an apothecary in Newbury who then studied medicine at St Thomas's and Guy's Hospitals in London and later set up his own surgery in Newbury (catalogue reference D/EX 2275/1).

Savory mentions a great number of commonplace events such as marriages, deaths and information on his family. However, he also mentions local events such as cockfighting in Newbury and the fact that he took lessons in astrology. He provides lists of anatomical specimens, astrological charts and even describes how to perform a silent language - an early form of sign language perhaps?

Also mentioned is a lady called Dame Harding, an elderly woman from Shaw who was apparently a witch. He provides some of her superstitious sayings including the one shown here describing how one can see 'comical things' by breaking an egg in a glass of water. The saying itself is certainly comical.

Perhaps the most bizarre memoirs refer to magical spells and charms against all manner of things ranging from witchcraft to warts. The contents of the volume are fascinating and provide an insight into the life of an eighteenth century man who was clearly a very curious fellow indeed. 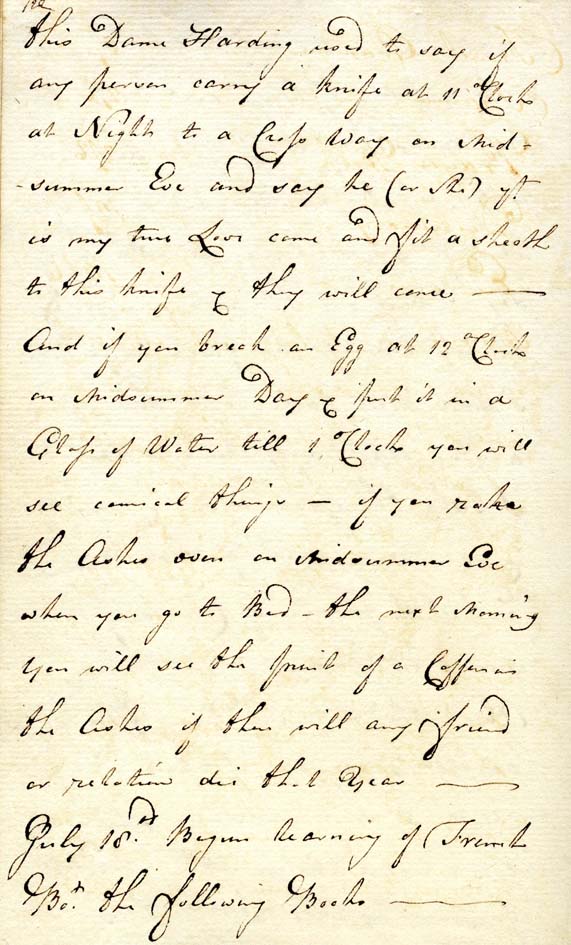