Art for the masses 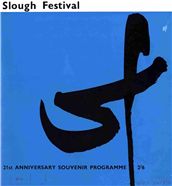 It is thought that the Slough Arts Festival began in the 1940s. The aim was to enable local people to enjoy the arts and take part in artistic activities. Here we see the 21st anniversary souvenir programme for the festival which shows that they packed in a great deal of activities in order to make it a spectacular event (ref. D/EX2248/4).

There was a programme of concerts and films over the course of a week, followed by a month of competitive events in the art of music, dance, plays, fine arts, handicrafts, verse speaking and amateur films. Anyone could take part in the events and trophies were awarded at the end of it all. 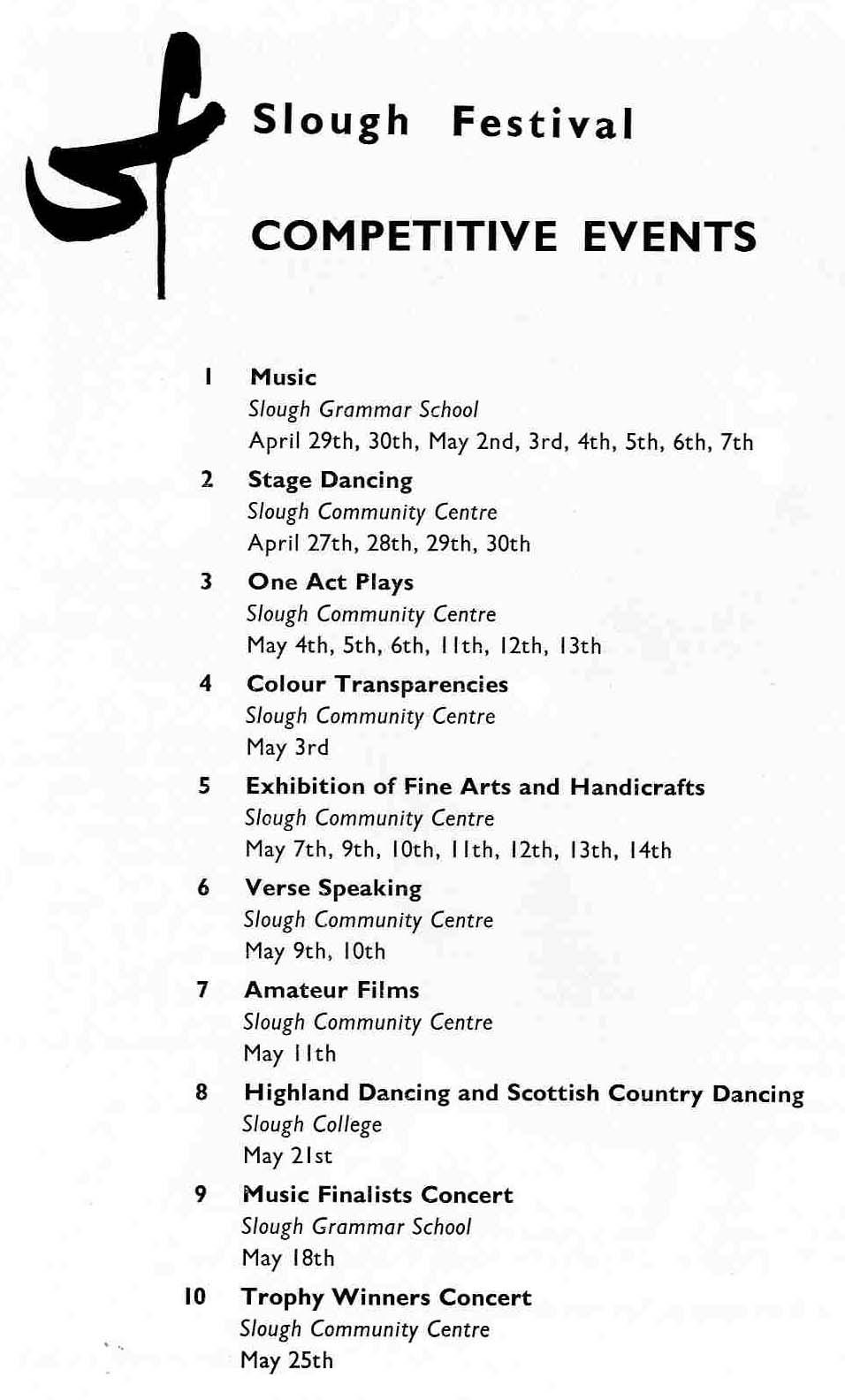 The programme indicates that it was"only the second time since the [second world] war that one of the leading London Orchestras has performed within the Borough". That orchestra was the London Philharmonic who were to play at the Adelphi Theatre on the Bath Road in Slough. In fact the Adelphi was also showcasing films such as Madam Butterfly, the Bolshoi Ballet and Laurence Olivier's presentation of William Shakepeare's Hamlet. There was even a 21st Anniversary musical concert.

Slough Arts Festival also worked with Eton Rural District Council to lay on art exhibition at their Council Chamber. The programme states that "never before has an exhibition of art on such a large scale as our Exhibition of Modern Painting and Sculpture been shown in Slough". The organisers even sought advice from the Arts Council of Great Britain for the exhibition - they put a lot of effort into making the festival varied and enjoyable.

Local businesses supported the venture by advertising in the programme and it was a local affair, for local people. Though with the London Philharmonic Orchestra involved, it probably attracted people from further afield too.

On its 21st anniversary the festival hoped to develop artistic life in Slough. It certainly continued to provide an avenue for art annually at its base in the Slough Community Centre on Farnham Road. In fact the Festival still continues today, although the only art on 'display' now is dance.