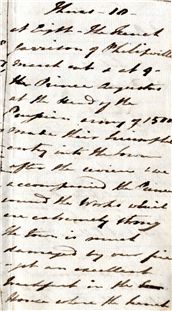 An 1815 journal belonging to Lieutenant Edward Green reveals some startling contrasts between fighting and taking in the sights (reference: D/EE/F85). Despite relentless marching and riding, he finds time to comment on the fact that there were some 'good paintings' at a local convent near Ostend as well as some interesting sculptures.

Lieutenant Edward Green was part of the Battering Train sent to take over the fortresses on the French frontier during the Napoleonic Wars. Whilst he was not at Waterloo, he was in Belgium in the summer of 1815 and together with Prince Augustus of the Prussian Army was triumphant in bringing the fortresses down.

Perhaps it would not have been the same experience if he were not a Lieutenant, but it is interesting to read about fighting for whole days at a time yet commenting on local sights. This snapshot of the journal comments on the amazing 'French Breakfast' he enjoyed. It consisted of meat, fruit, wines, "everything, but a comfortable cup of tea" - how very British. 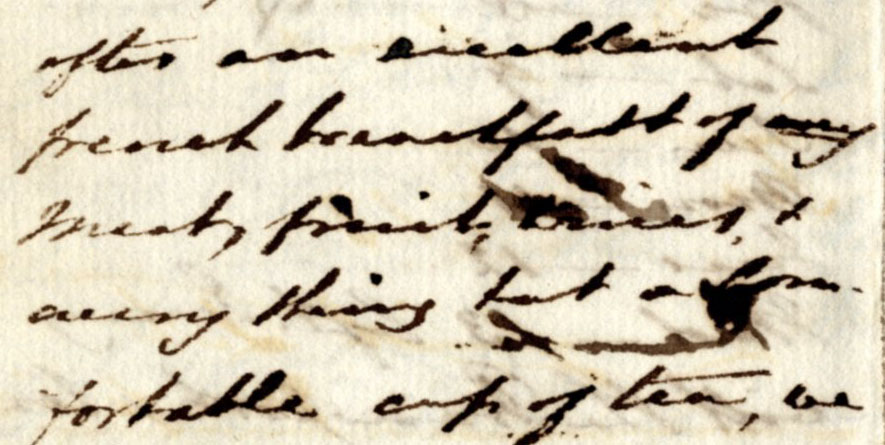 Edward returned to England in January 1816 and remained in the army for a total of 17 years; he was part of the Royal Regiment Artillery.