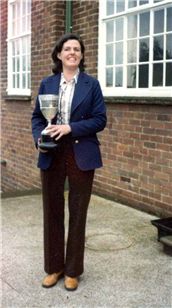 The Berkshire County Ladies Golf Association (BCLGA) held its first meeting in 1923. There was a period of inactivity between 1939 and 1947 due to World War Two, but essentially they have been playing county golf for over 90 years.

Amongst the archives is a volume which records the golfing activities of the club between 1952 and 1984 (ref. D/EX2303/1). Below is an extract of one such game against Buckinghamshire. The morning went well despite one player having "raging chicken pox", but sadly their tenacity failed to win the afternoon game. 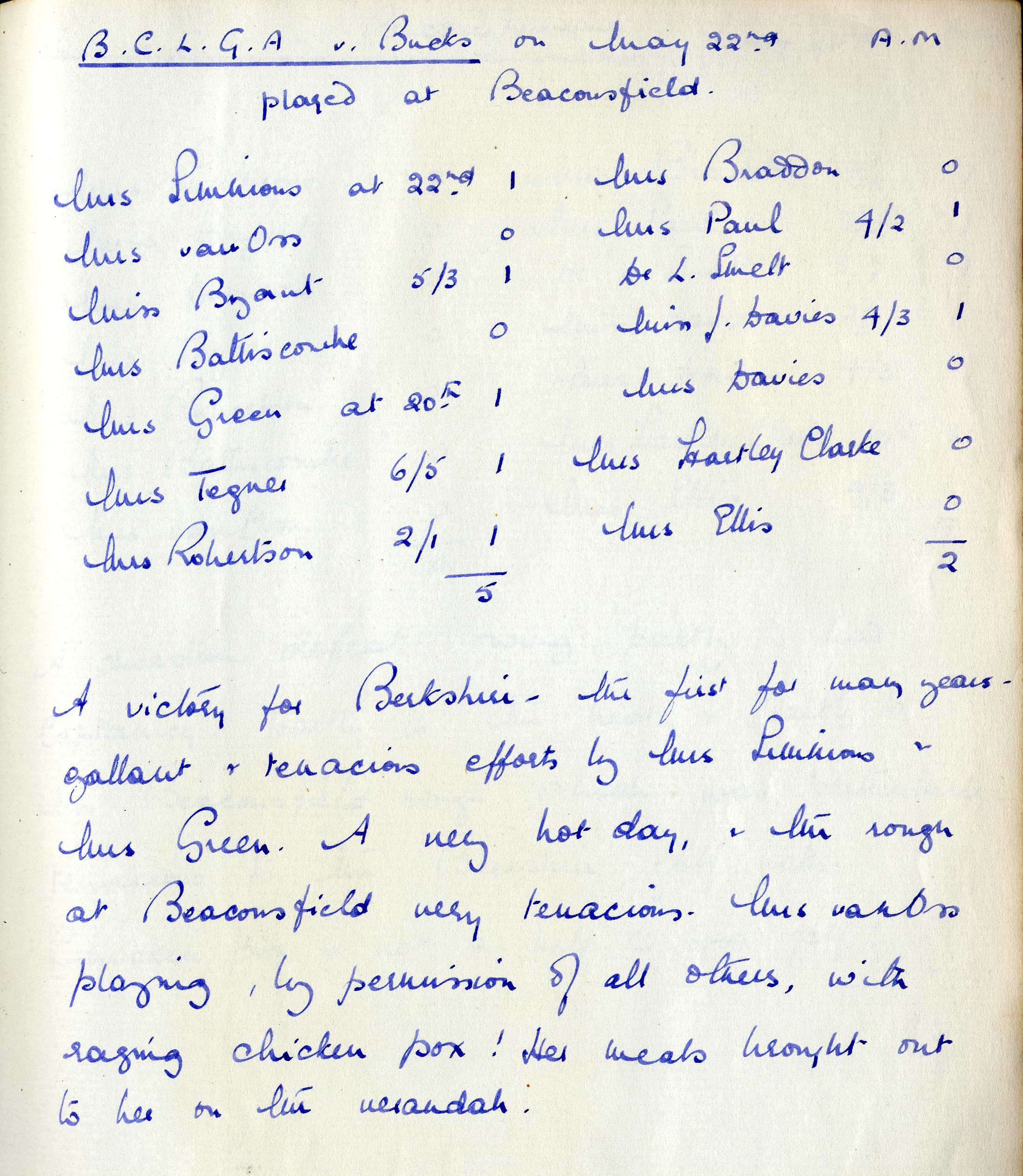 The volume was donated to the club in 1952 by Mrs Van Oss in order to record the history of the BCLGA. Interestingly they played against various opponents including Eton College students and professionals, not just other counties.

One woman amongst its members was a very prolific player. Angela Uzielli (pictured above left) won the Berkshire Championship 15 times between 1976 and 1995. She was also the British Champion in 1977, played in the Curtis Cup in 1978, won the English title in 1990 and the British Senior Championships six times in the 1990s.

Uzielli was born in Norfolk, but moved to Ascot after marriage. She was used to golfing as her mother, Peggy Carrick, had been the Norfolk Champion several times. Indeed together they won the Mother and Daughter competition more than 20 times between the 1960s and 1990s. Uzielli even won the event with her own daughter in 1996.

Angela Uzielli sadly died in 1999, but her legacy lives on in the form of a bursary which is awarded to promising girl golfers to assist with their education. Clearly a formidable woman who brought golfing prestige to Berkshire.