Image of a Queen

At the mention of Queen Elizabeth I what image do you see? It’s likely an iconic portrait, but it might come as no surprise this may not have been as she was seen in her lifetime. Many iconic images were seen by a select few, or created toward the end of her reign. Most of her subjects might only have recognised their queen from their coins, her most widely distributed image. However there was another way her likeness was shared which survives within our collection. 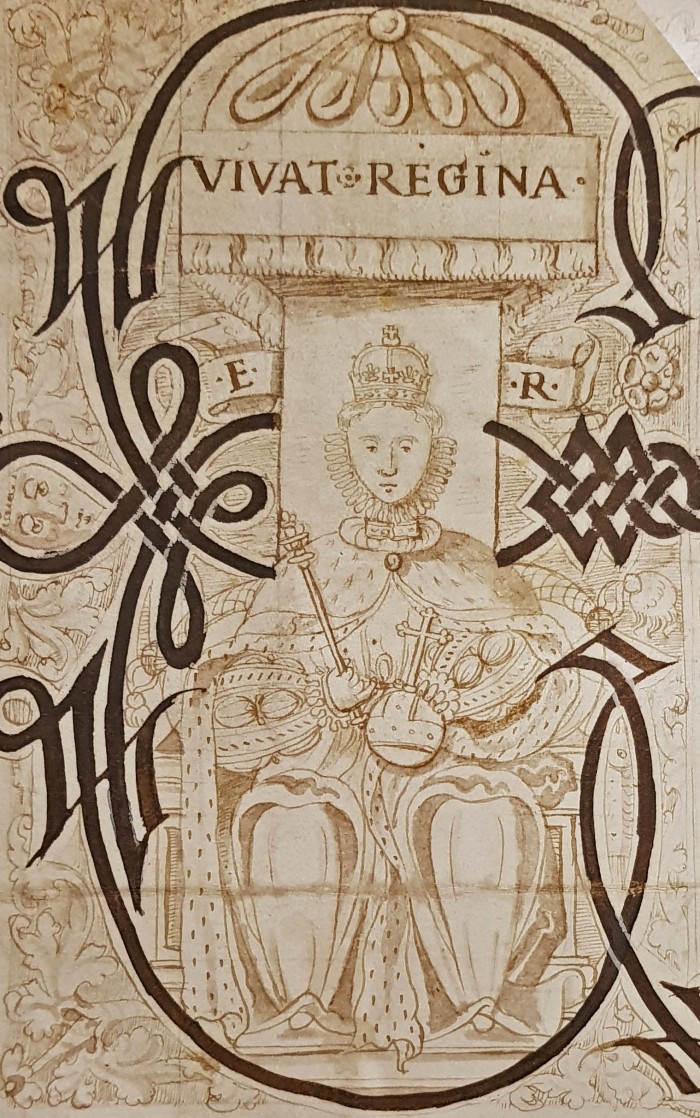 Charters, carrying the authority of the monarch to bestow rights or powers, proudly displayed the queen’s image. They may not have been as accessible as money, but would arguably have been more familiar than her famous portraits. This month marks the 460th anniversary of Queen Elizabeth I’s coronation, and with her new portrayal in the film Mary Queen of Scots, we take another look at how the monarch appeared to her contemporaries.

A monarch’s image is carefully curated and Queen Elizabeth I was no exception. Her image evolved over the course of her reign with early portraits depicting a pious princess in black and later ones, although retaining certain aspects, a virginal and powerful protector of her people, adorned in pearls. But how did she appear on charters held at the BRO?

Examining four impressive examples it may be no surprise she appears relatively similar on all documents. Sitting perched upon her throne, orb and sceptre in hand, crown upon her head, she perfectly demonstrates her power and status as an anointed queen (the usual form for all monarchs depicted on charters). The individual designs would probably have depended upon the illustrator, as whilst the 1568 charter (seen above; ref. D/EWI/Z3) is elaborate the others are more simple. 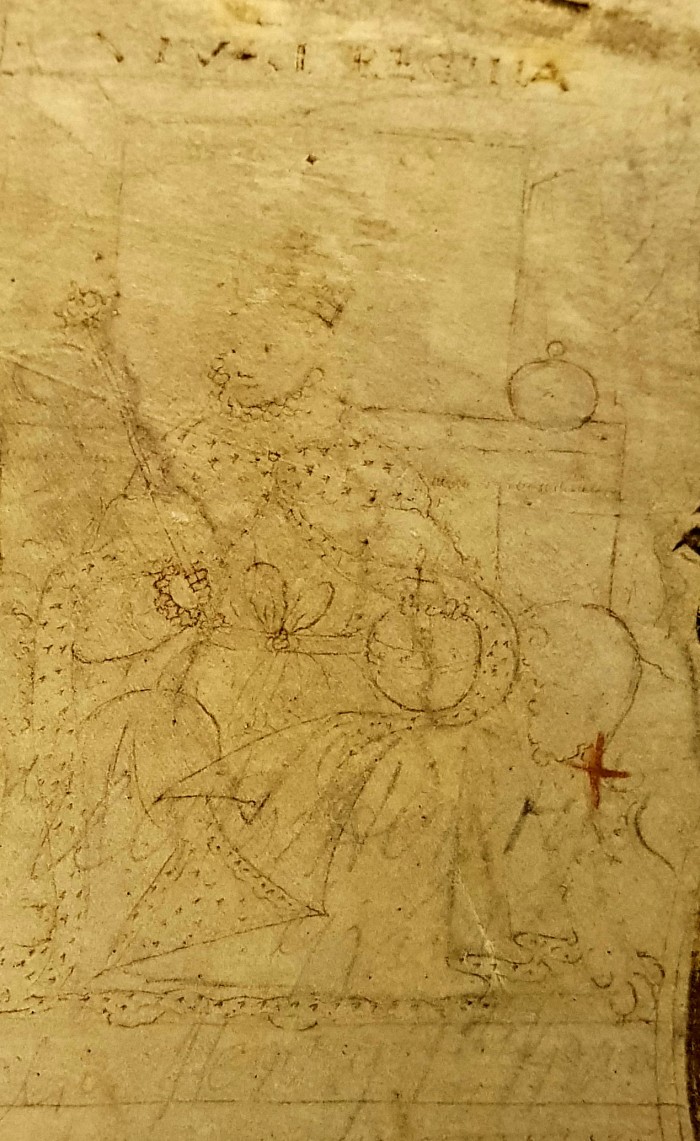 We can see there is little difference to how she was portrayed by comparing the faded charter from 1560 (ref. R/ICI/8) to the one from 1596 (ref. N/ICI/1/1) shown above. This could possibly be explained by the scant detail of the drawings, the desire to avoid displaying a monarch’s frailty, or the some may have been copied from other portraits, as the charter below from 1560 (ref. D/EP1/T1) is reminiscent of her famous coronation portrait. 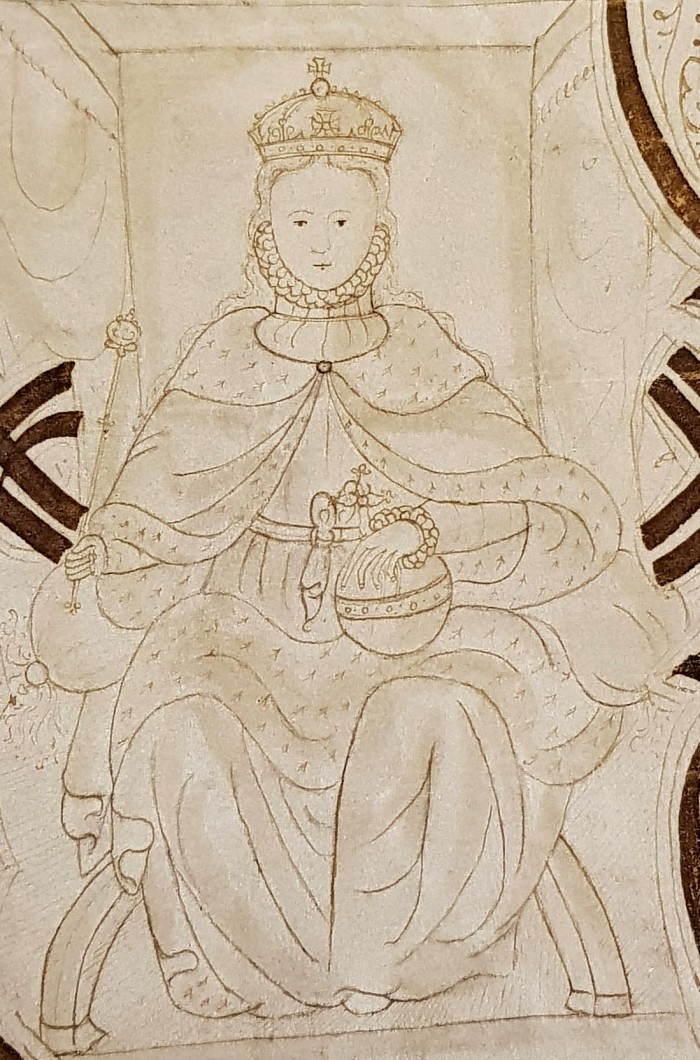 From this brief look we can see that elaborate or simple, young or old, the charter images add authority and legitimacy to the words they accompany and ultimately reinforce the magisterial image of an iconic Queen.