A pocketful of wonder 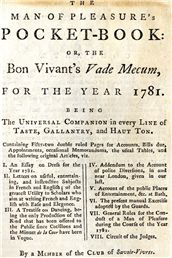 In December it is not uncommon to purchase a diary for the following year. Such diaries can be used for personal use, work purposes or even to note down information required regularly, such as accounts. Many can contain 'useful' additional information such as weights and measures or notable dates, but some older versions could sometimes contain intriguing 'advice'. One such book amongst the BRO archives is the 'Man of Pleasure's Pocket-Book for the year 1781' (ref. D/ESV/M/F55).

This little book was used by a member of the Stevens family of Bradfield to record receipts, books and other information. However, it also contains printed material providing advice on such things as current fashion, lists of wages and a list of words and their meanings in 1781. For example, a 'Belle' was 'a fine lady whose head and rump are properly elevated and corked'. A corked rump was not a rude expression, it just meant that the back of the dress was extended using a cork support.

The pocket-book contains a 33 point list of 'manual exercise'. However, this does not relate to physical exercise, it actually refers to an exercise to fire a 'firelock', i.e. a firearm. There are also details on the etiquette of dance which provides the various dance moves required as shown here. It states that in order to dance with grace 'the two feet should never be off the floor at the same time'.

The book provides details on how to write letters depending on the requirement. There are letters of thanks; a letter of consolation to a mother on the death of her son; a declaration of love and a letter from a lover to his mistress after a 'rupture', presumably meaning an argument. The latter is shown below. This little pocket-book provides a snapshot into the potential life of a well-to-do late eighteenth century man as it gives what was deemed to be 'helpful' information to such a man in 1781. It would seem that it had virtually every eventuality covered. 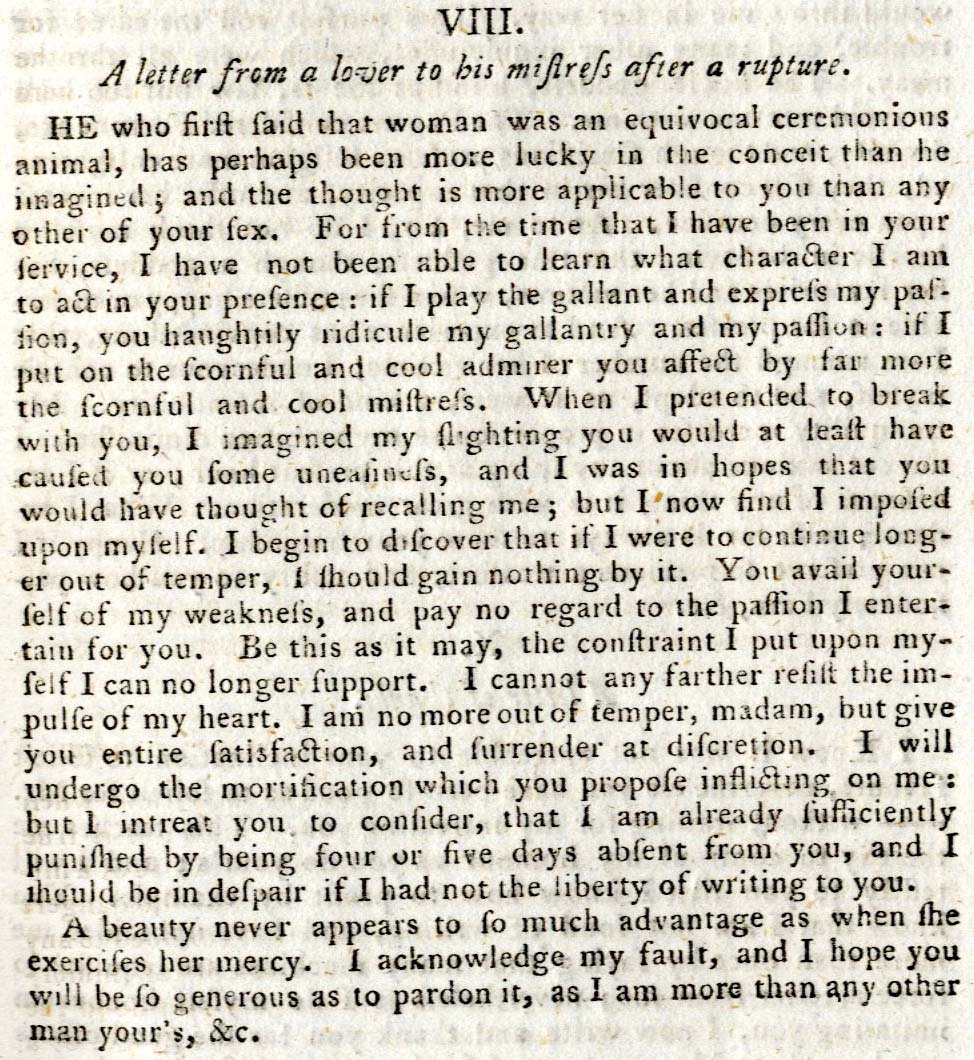