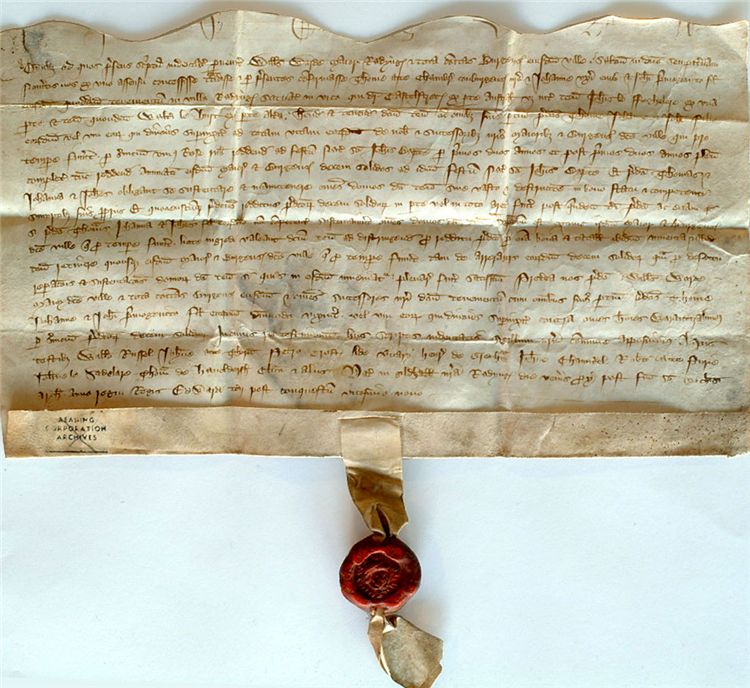 Lease of a house in Castle Street, Reading

This is the earliest surviving lease issued by the Mayor and Burgesses as a legal body. The Mayor at the time was William Warde. The house leased to Thomas atte Chamber (one of the Burgesses) and his family was on the north side of Castle Street. 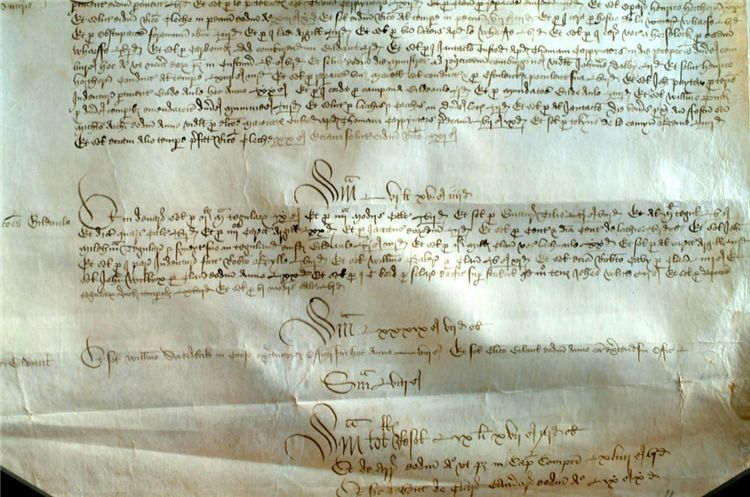 This roll details the start of significant repairs made to the Gildhall which carried on until 1499. The roof was renewed and there were alterations to the rooms and their decoration. Later came two chimneys, a larder house and a drink store, as well as a new window in the ‘great chamber’. 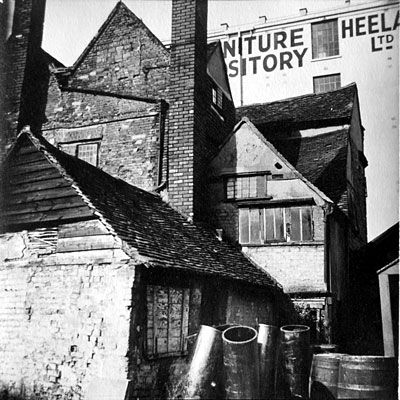 Photograph of the Yield Hall or Gildhall, Reading

The Yield Hall, as pictured here, probably dated from the 16th century, though it had been altered over the centuries. It acted as the Town Hall before the present one was built in 1786. The building was demolished during 1936/7 to make way for a proposed cross-town road, never built, which would have run through the northern half of what is now The Oracle shopping centre.