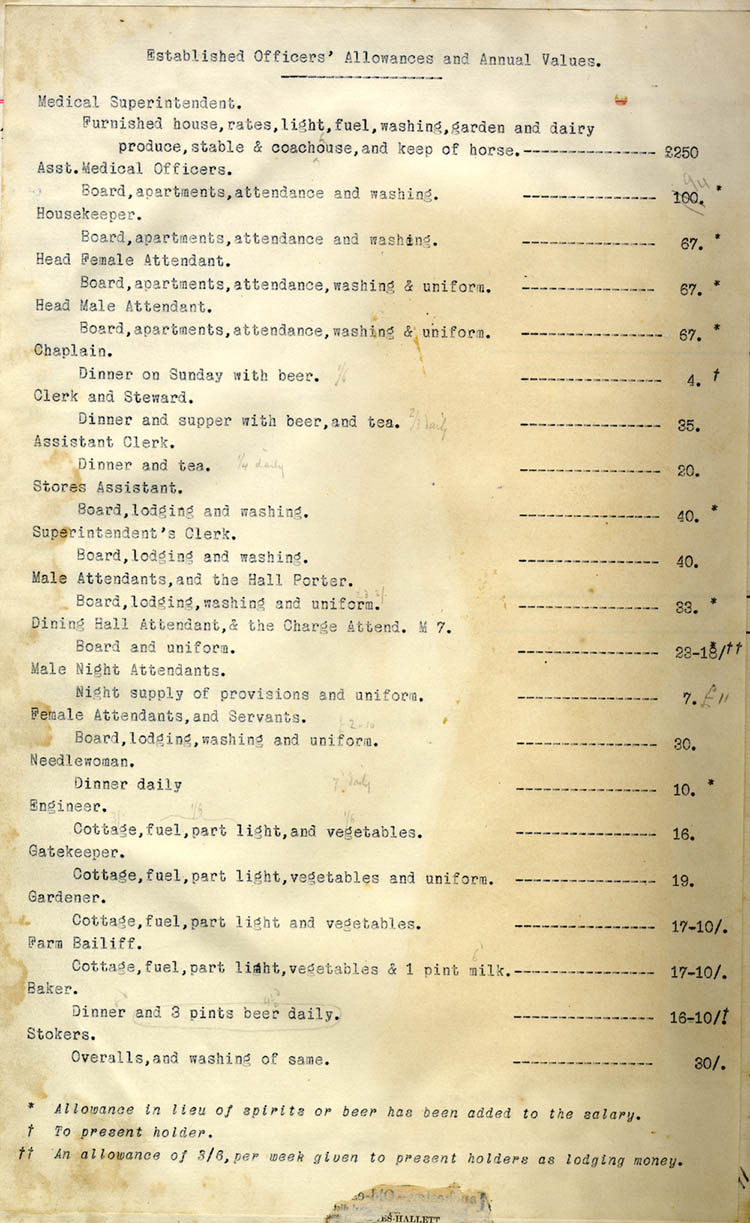 This extract is taken fron(m) a general statement book: a series of monthly reports compiled by the Superintendent. It is from November 1914. In it, he complains that two German Prisoners of War have been admitted to the Asylum from a 'concentration camp' near Newbury, and that another 20 PoWs are under observation in the same camp. One of the PoWs was quarrelling with the other patients, and the Superintedent was also worried about the prospect of overcrowding. 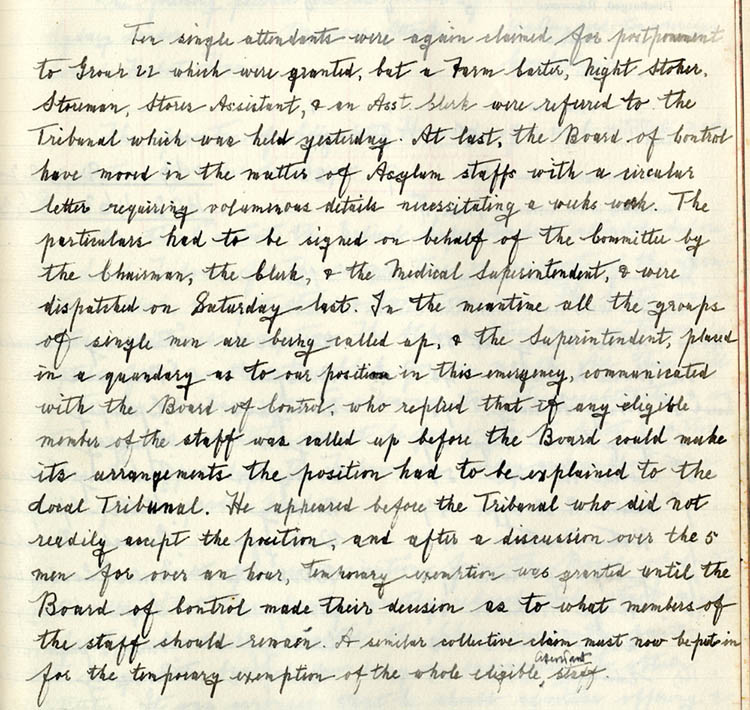 This is another extract from the same general statement book.

It is February 1916, and Fair Mile's senior doctor was complaining that his male staff were being conscripted to serve on the Western Front. The Board of Control had sent him a questionnaire about his staff that had taken him a week to complete, and he was also attending local Military Tribunals to try and gain exemptions for his men.

He could not prevent the loss of some staff. Since the start of the War, the number of male attendants had fallen from 38 to 24. Despite having fewer staff, the Asylum also had an increased number of patients to manage. 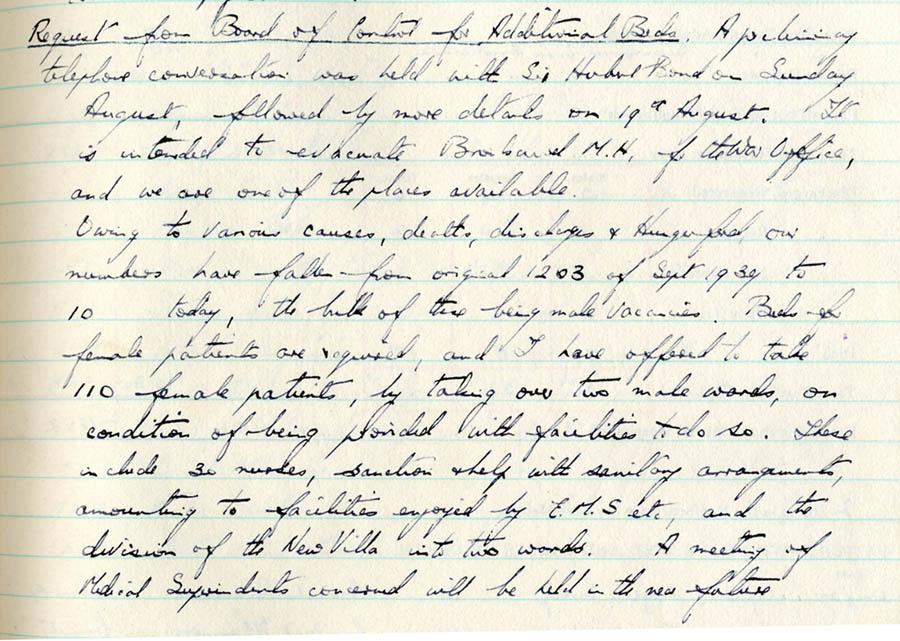 This extract from a later general statement book described the planned evacuation of Brookwood Mental Hospital, near Woking, in August 1941. Fair Mile (then known as the Berkshire Mental Hospital) offered to take in just over one hundred female patients from Brookwood, and accommodate them in two empty male wards.