From Aldermaston to Tokyo and back

This month’s highlight is an impressive invitation card (D/EX2422/4/2) for an exhibition at the Matsuya Store in Tokyo, Japan.

Proudly pictured on the card is an image of Alan Caiger-Smith, a British potter who established Aldermaston Pottery in 1955 and was well known for creating some of the most striking tin-glazed earthenware in the world.

At first glance the invitation, albeit written in Japanese, gives the recipient the impression of a professional, well organised and potentially very successful exhibition. However, when reading Caiger-Smith’s book, 'Pottery, People and Time' (1995), it transpires that this could not have been further from the truth. 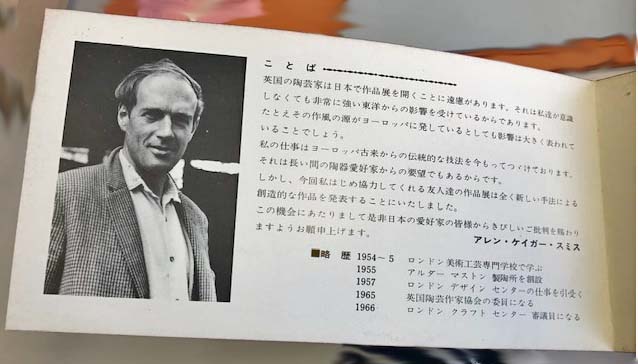 [Translation of invitation: “There is something reserved for the British studio potters to hold exhibitions in Japan, because we are very strongly influenced by the Orient if it is not conscious. My work has been keeping up the time-honoured tradition of Europe to satisfy the demand of long time lovers. However, this time creative works by myself and my collaborator friends in brand-new technique will be laid before the public…”]

Having given in to pressures to export his work, in 1968, Caiger-Smith had high hopes for his first ever “one man exhibition” overseas. Unfortunately, the exhibition encountered problems from the outset. Firstly, there was the absence of a host for the opening - Alan Caiger-Smith was unable to attend and the British Council refused to send a representative, later sending an individual from the commercial wing of the Consulate who had no prior knowledge of the potter or his work.

To make matters worse the invitation cards (as seen above) had not been printed in time for the opening and were only distributed three days before the exhibition was due to finish. As a result, the event was not very well attended and only 5 out of the 120 items were sold with the remaining 115 items due to be shipped back to the UK.

Caiger-Smith’s luck appeared to change when a gallery in Sydney called asking to exhibit any unsold pieces and so the boxes were quickly redirected. However, whilst in transit, the gallery was forced to withdraw their invitation as it was found that the pottery would be liable for the maximum import duty charge on arrival into Australia.

Upon accepting defeat and returning the pieces home, British Customs impounded the boxes and Caiger-Smith had to provide evidence that the contents were of British manufacture. Five weeks and more warehouse charges later, the pots finally arrived back home to Aldermaston. However, disaster struck again as it was discovered that more than half the pots were destroyed due to poor packing in Japan.

Undeterred with the Japanese experience, Caiger-Smith and the potters of Aldermaston Pottery went on to have many successful exhibitions across the world. 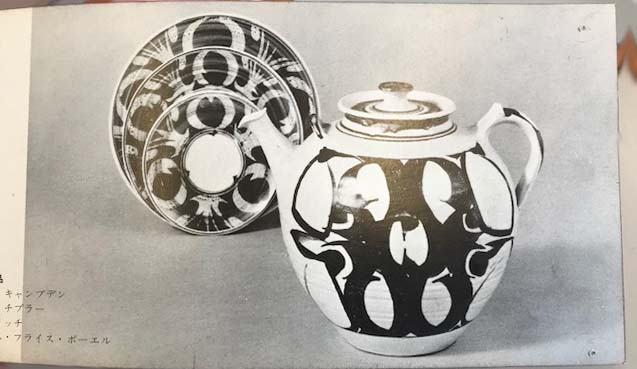