A willingness to contribute

Like many developments in medicine, the advancement of blood transfusion was accelerated by the outbreak of war. The first widespread use of blood transfusion took place during the First World War. During this time, more successful blood transfusions were made possible through the prevention of blood clotting with sodium citrate in 1914, with citrated blood being introduced in 1917. However, other concerns such as the need to store blood long term to prevent deterioration and wastage and the need to provide to blood to other countries were still unanswered.

By the time the Second World War broke out, Britain had anticipated the need for organised blood transfusion services. In 1939 bloods supply depots were organised by the Medical Research Council to meet the needs of the London hospitals.  Transfusion services had also been developed in many of the larger cities. Later, all these were coordinated by the Ministry of Health under a regional scheme covering the whole county called The Blood Transfusion Service. 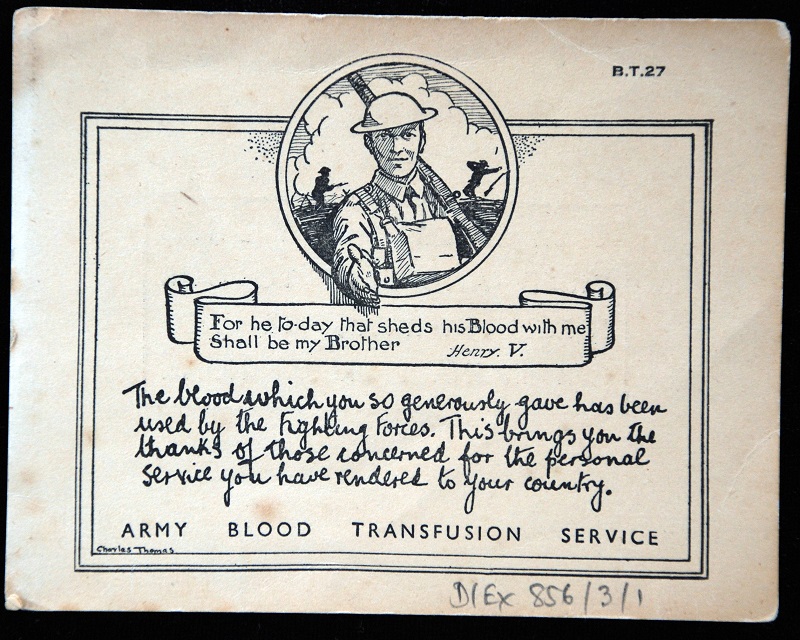 A section of that scheme, known as the Army blood transfusion service, was responsible for suppling blood to the fighting forces and civilians in nearby areas. The image above shows a card issued by the Army Blood Transfusion Service in 1940 which was given as an acknowledgment and thanks to blood donors (ref. D/EX856/3/1). The booklet below which accompanied the card describes the process that follows blood donation and provides an example of its importance in a desert warfare setting (ref. D/EX856/3/2). 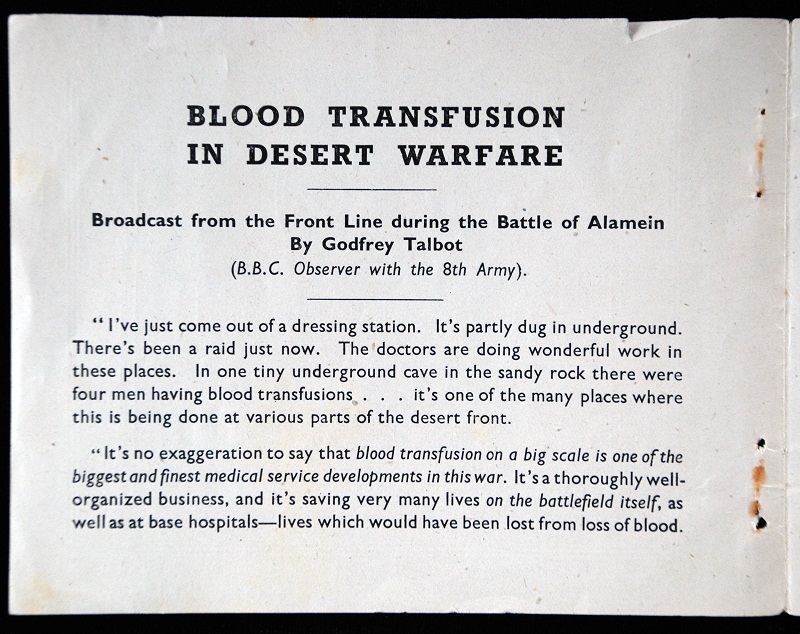 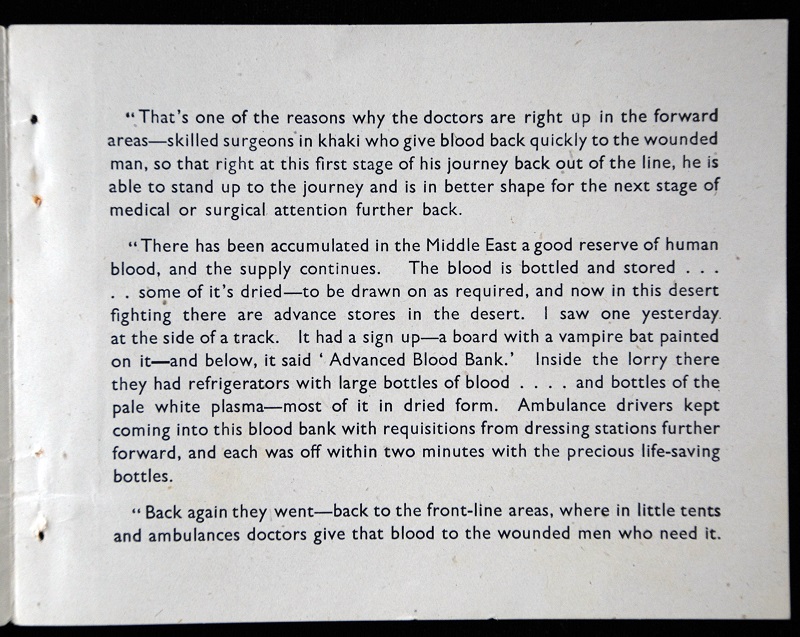 You can see that by the time this booklet was distributed, further advantages had been made including the refrigeration of blood and the discovery of blood derivatives. The back of the booklet reads ‘Your Blood Is Either Dried and Sent to Our Forces Oversees or Used for Plasma Store at Home’. By 1940 it was realised that whole blood was not always required, and that the liquid part of blood called plasma could be freeze dried into a powder allowing for distribution across the world. 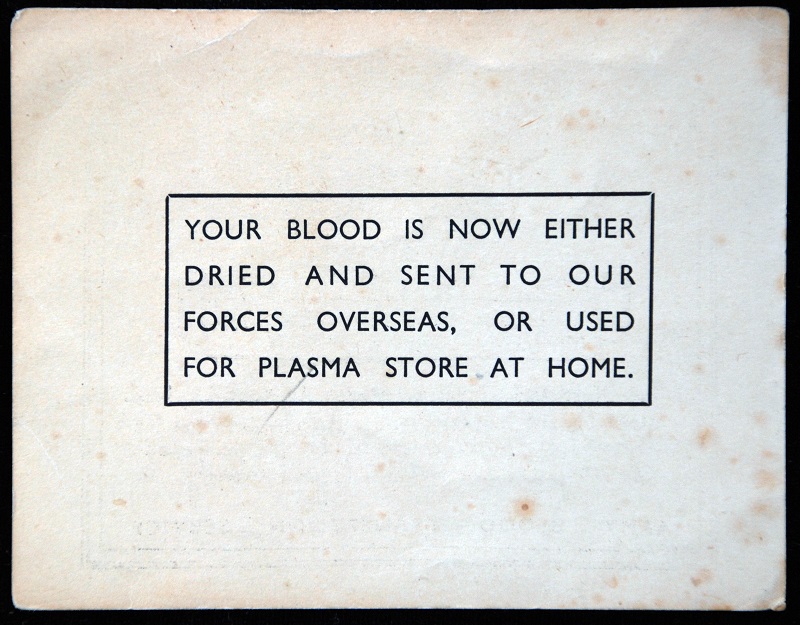 It is hard to believe that when blood transfusion services were created, Britain was one of the only countries that had a voluntary system dependent on contribution of the people; elsewhere donor panels were established on a professional paid basis. This willingness to contribute, initially developed around a time of conflict, continues today providing an essential service to the country and beyond. 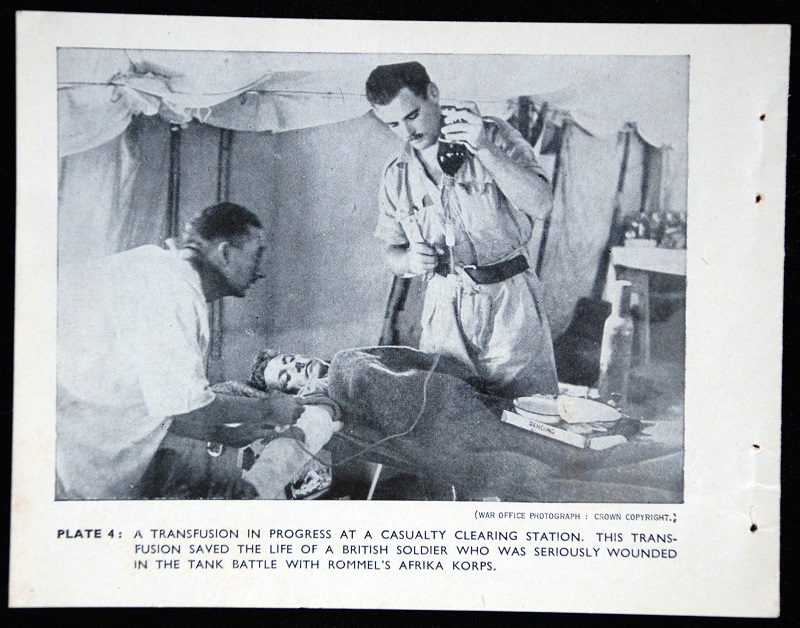