A Tale of Two Fabrics 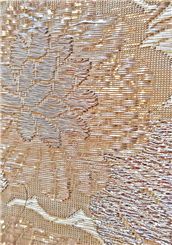 As royal wedding fever hits this month with the marriage of Prince Harry and Ms. Meghan Markle, we thought we would look back at two other royal weddings.

Within one of our collections, the Vansittart Neale papers (ref. D/EX73), are two beautifully preserved pieces of embroidered ivory silk from the bridal dresses of the Princesses Augusta (1737-1813) and Caroline Matilda (1751-1775) of Great Britain. They were the daughters of Frederick, Prince of Wales (1707-1751) and Augusta, Princess of Wales (1719-1772), and sisters to King George III.

These fabrics, worn by the hopeful and optimistic brides, are strikingly similar and would have been used to create magnificent gowns in the highest fashions of the day. The vogue for royalty at the time was either court dress or robe à la française. Both dress styles had low necklines, wide petticoats, stomacher and prettily ruffled sleeves.

Princess Augusta wore her dress (see images above and below; ref. D/EX73/4/8/2/1-2) on the 16th January 1764 at the Chapel Royal, St James’s Palace, where she wed Charles William Ferdinand, Duke of Brunswick-Wolfenbuttel. The Chapel Royal has been the traditional setting for many royal events, particularly during the Georgian period, and Augusta’s gown, embroidered with glittering flowers, would have contrasted beautifully against the wooden panelling. The celebrations continued after the ceremony with a state banquet, ball and operatic performance at Covent Garden. 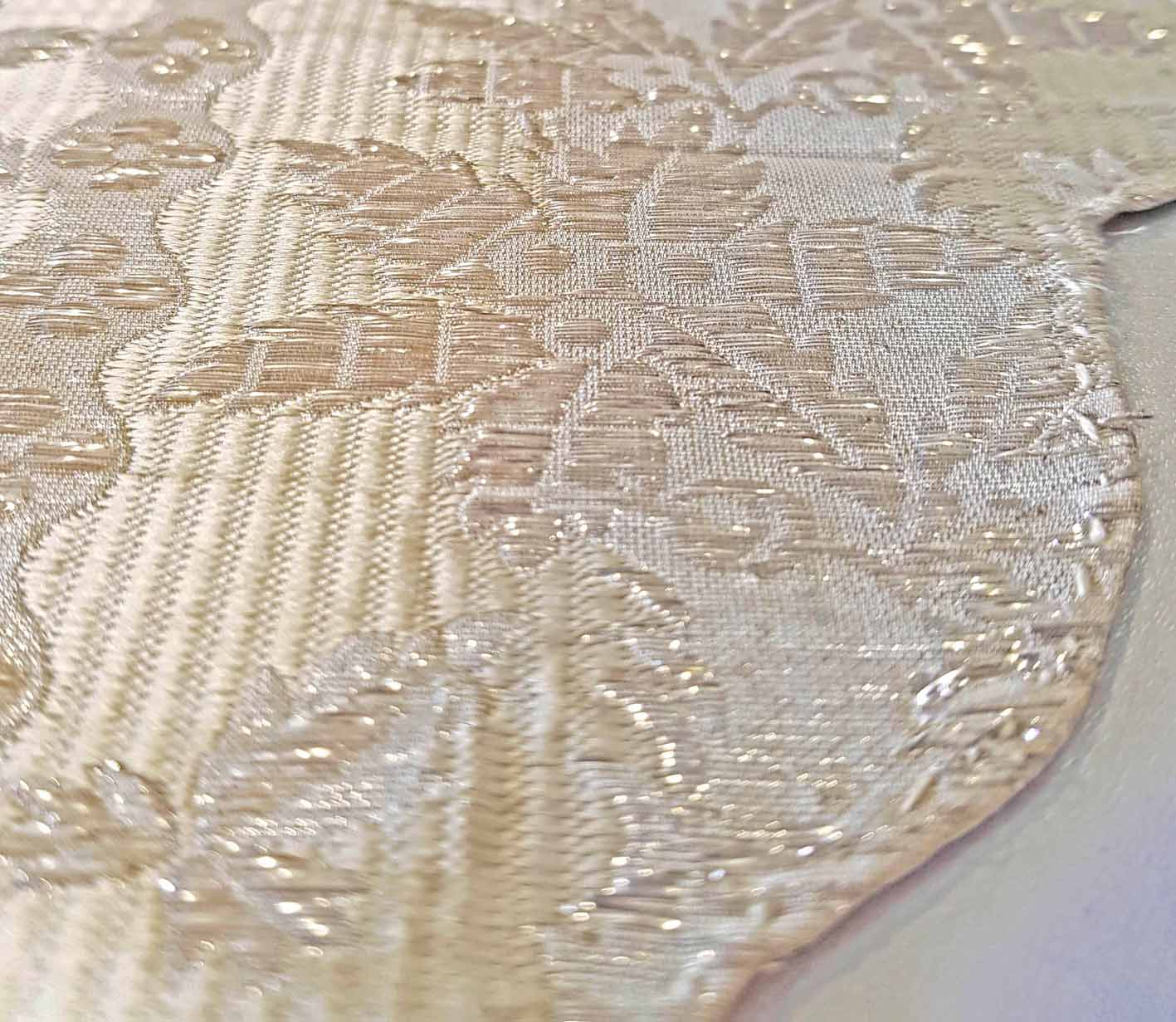 In comparison, Princess Caroline Matilda’s nuptials were a more lavish affair. On the 1st January 1766 at the Chapel Royal she wed her cousin, King Christian VII of Denmark and Norway, by proxy with a stand-in groom. Afterwards she travelled to Denmark and the official marriage ceremony took place on the 8th November in the spectacular Royal Chapel at the Christiansborg Palace, Copenhagen. Her dress (see image below; ref. D/EX73/4/8/3/1-2), like her sister’s, would have glimmered opulently, but it is unknown which ceremony it was worn to or if she donned the same to both. Princess Caroline Matilda’s marriage celebrations, unlike her sister’s, lasted for a month and included balls and banquets which was only fitting for her husband’s rank as a ruling monarch. 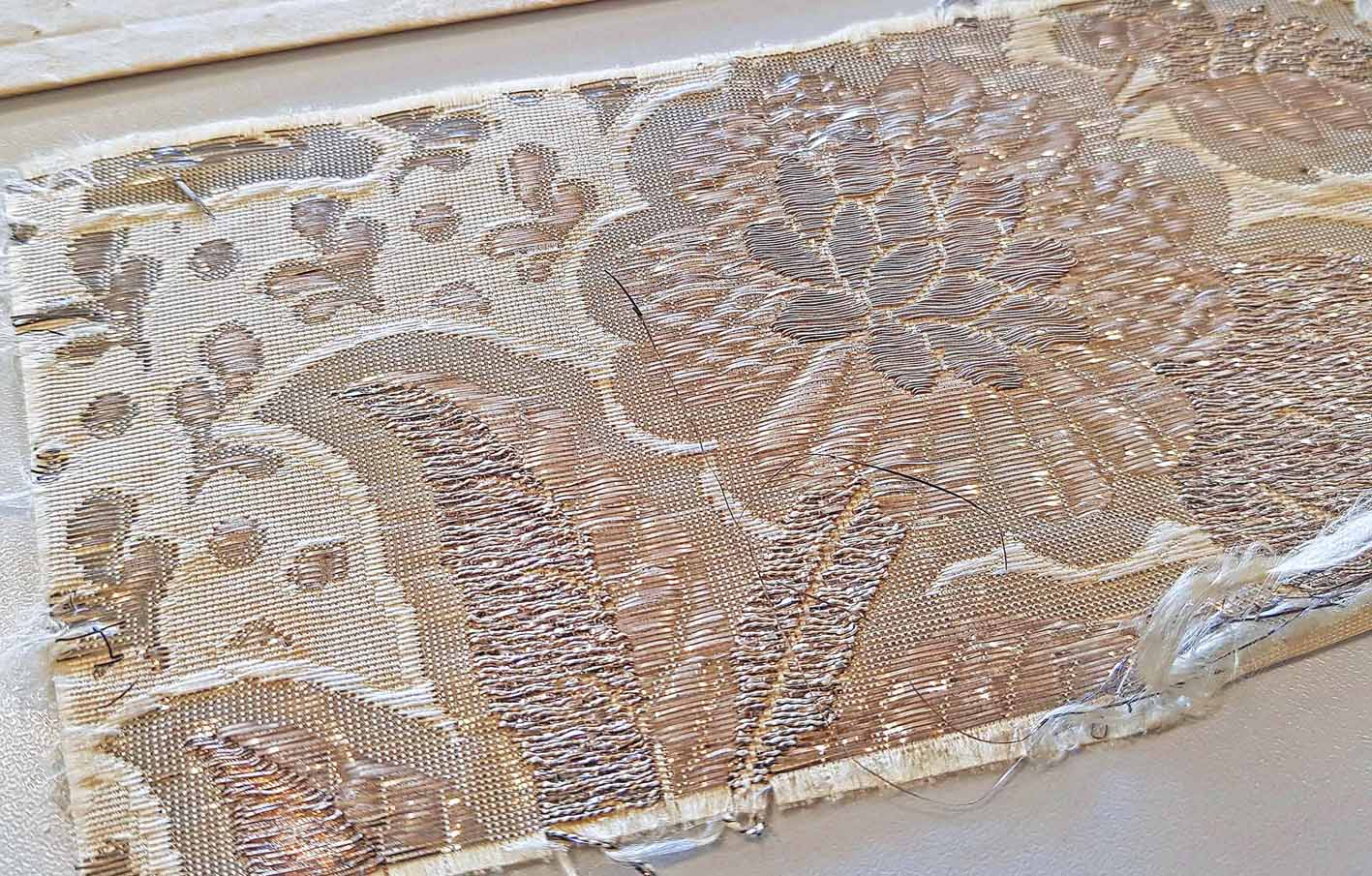 The Vansittart Neales had connections to the Royal Court which is a possible reason as to why these fabrics have ended up in the collection. Sadly we can only imagine the beauty and impact of the dresses the Princesses wore and the magnificence of their wedding festivities. However we won’t have long to wait before the design of another royal wedding dress will be revealed, when all eyes will be on the local town of Windsor.