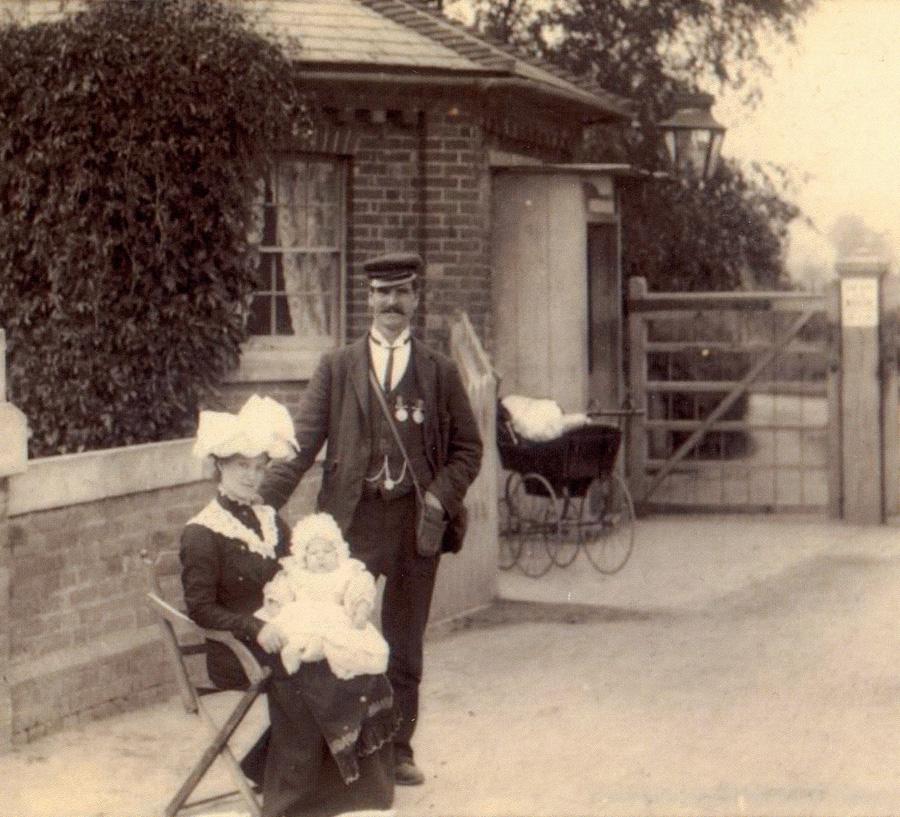 This photograph was taken as a house-warmer for Arthur and Ethel Sewell (ref. D/EX1851/1).  They had just moved from Wimbledon for Arthur to take up work as the new toll collector on Cookham Bridge.

It was summer 1902, and Arthur and Ethel are also showing off their first baby, daughter Christine.

Cookham Bridge was effectively a Victorian PFI initiative.  It was run by a private company, who in turn mortgaged the tolls each year to a speculator who employed a toll keeper.  The keeper and his family got to live in the toll house, which had been built in 1839 to the designs of a man known only as 'Mr Pratt'.

The toll house is still there today on the Buckinghamshire side of the river, though it has been much restored.  When the payment of tolls became increasingly unpopular, the Bridge Company was purchased by Berkshire County Council and the crossing made free.

After Arthur's service as toll keeper the Sewells moved to Warwickshire, where Arthur ran a shop.  Baby Christine grew up to work in public service and later received an MBE.