Although fighting in the First World War ended with the Armistice on 11th November 1918, technically the war did not end until 28th June 1919, when the Treaty of Versailles was signed in Paris. References to the end of the war and how it affected people can be found amongst the records here at the Berkshire Record Office. As we can see in the image below, a woman who had been educated at St Stephen’s School in Clewer was in Paris the day that the Treaty was signed. 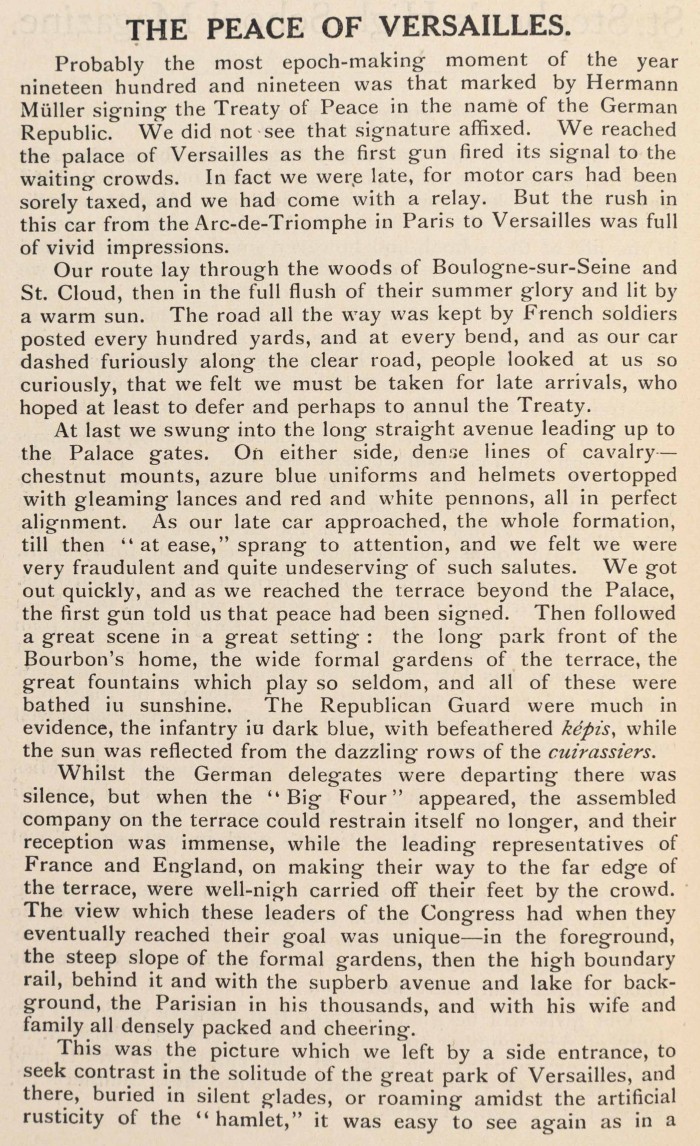 This is what she reported:

“At last we swung into the long straight avenue leading up to the Palace gates. On either side, dense lines of cavalry – chestnut mounts, azure blue uniforms and helmets overtopped with gleaming lances and red and white pennons, all in perfect alignment. As our late car approached, the whole formation, till then “at ease”, sprang to attention, and we felt we were very fraudulent, and quite undeserving of such salutes. We got out quickly, and as we reached the terrace beyond the Palace, the first gun told us that peace had been signed. There followed a great scene in a great setting: the long park front of the Bourbon’s home, the wide formal gardens of the terrace, the great fountains which play so seldom, and all of these were bathed in sunshine. The Republican Guard were much in evidence, the infantry in dark blue, with befeathered kepis, while the sun was reflected from the dazzling rows of the cuirassiers.

Whilst the German delegates were departing there was silence, but when the “Big Four” appeared, the assembled company on the terrace could restrain itself no longer, and their reception was immense, while the leading representatives of France and England, on making their way to the far edge of the terrace, were well-night carried off their feet by the crowd. The view which these leaders of the Congress had when they eventually reached their goal was unique – in the foreground, the steep slope of the formal gardens, then the high boundary rail, behind it and with the superb avenue and lake for background, the Parisian in his thousands, and with his wife and family all densely packed and cheering.” (ref. D/EX1675/6/2/2).

Back home, there had been impromptu celebrations and church services immediately after the Armistice, but the official peace celebrations were held on 19 July 1919.  In towns and villages across Berkshire, great public teas, entertainments, fireworks, sports days, concerts and processions were held.  It was genuinely a mass celebration with everyone included as we can see in the image below (from the Reading Standard Pictorial Record: Berkshire and the War [ref.D/EX588/1]). Schools were closed so that children could take part, while in some places returned soldiers paraded in their uniforms, many for the last time.  In Reading, a symbol of hope was planted in Prospect Park, in the form of an oak tree seedling picked up from the battlefield of Verdun, on the Western Front, where our French allies had held back the German advance at enormous cost of lives. 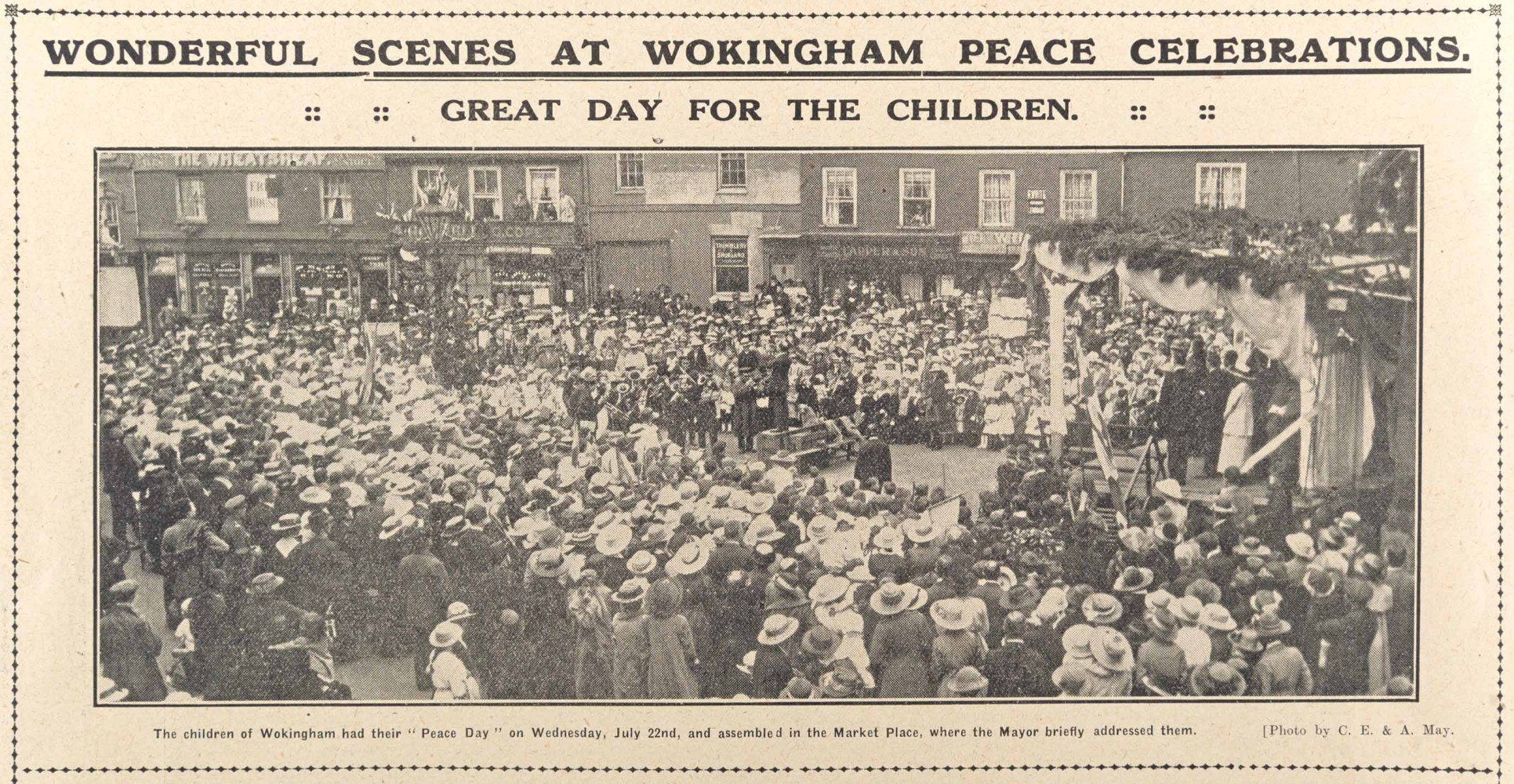 You can discover more about World War One from our our special blog Berkshire At War where we have been sharing posts relating to that day or month 100 years earlier as the war unfolded before Berkshire eyes. We've also got an exhibition entitled "A Great Deliverance: Berkshire and the aftermath of the World War One" which looks at the aftermath of the was following the signing of the Treaty of Versaille. It's on now until 16th August 2019. Find out more via our Events page.