The Lady casts a ghostly figure 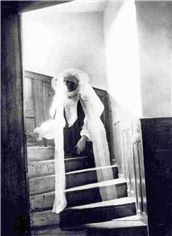 In the collection of papers of the Vansittart Neale family are a few items that seem to relate to ghosts. The image on the left is of a photograph that appears to show a ghostly figure on the stairs whilst the one below right shows one inside a room (ref. D/EX73/4/1/4). But who was this ghostly figure? Well it is supposedly of Lady Hoby of Bisham Abbey, as the house of the Manor of Bisham was called. It is not known whether the image is of Lady Hoby who lived there in the seventeenth century or of Lady Hoby Mill who sold Bisham Abbey to George Vansittart in 1780. There is further evidence of the family experiencing ghosts as amongst the collection is a 'Ghost story' (image below; ref. D/EX73/3/26/14). The story recalls an evening when strange activity took place: "we heard strange noises above our heads, and foot-steps in the Hall, but we said to one another, its only fancy after all." 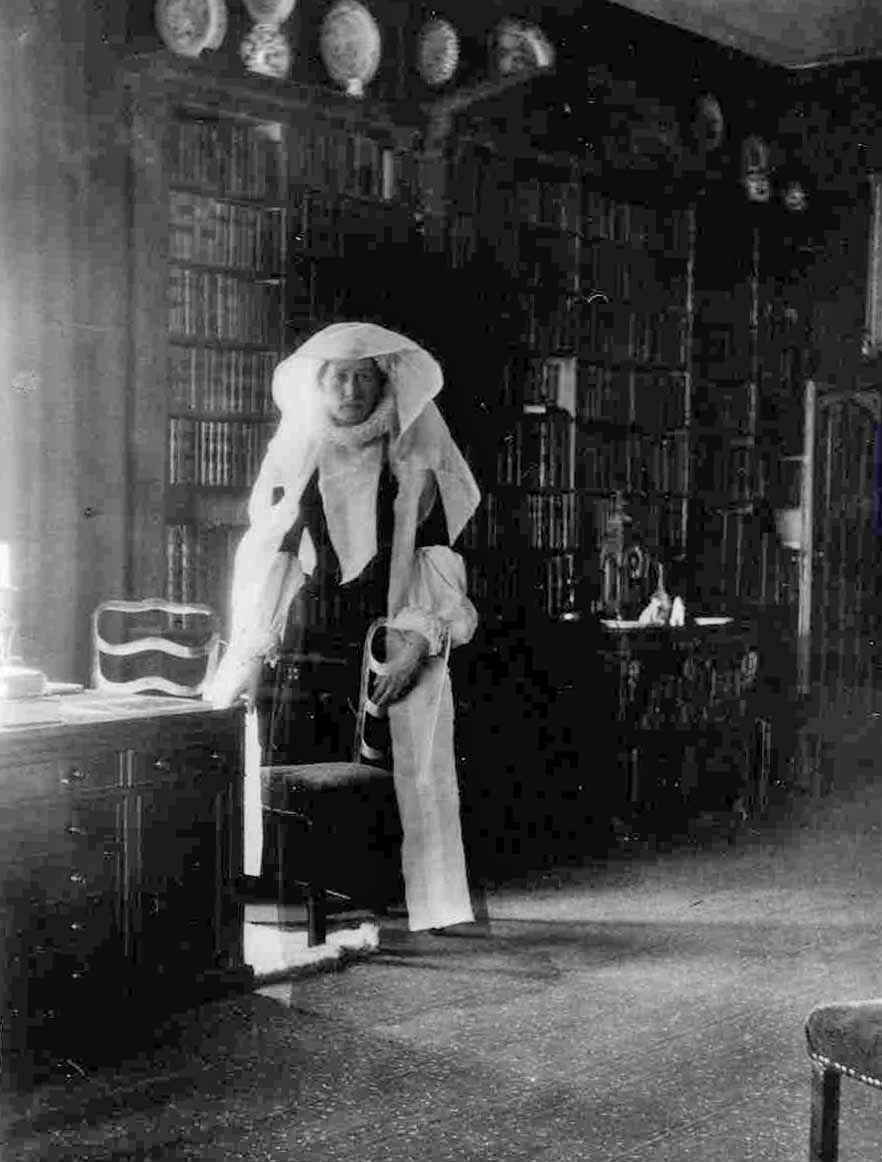 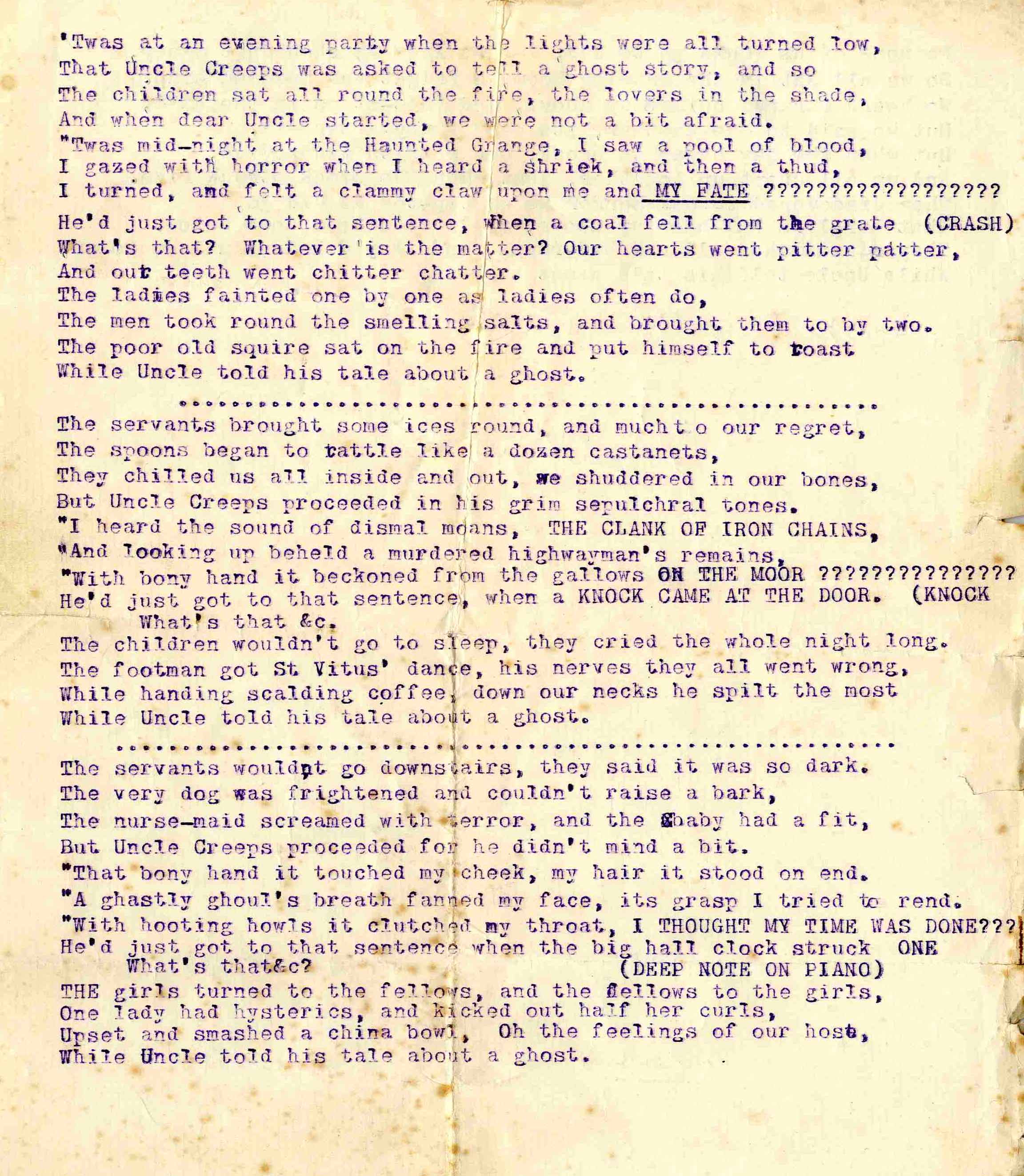 The 'story' was later titled ‘Great Grand Mamma Remembers' and was written by Revd Frank Dickinson who was a member of the Vansittart Neale family. It actually relates to the activity of burglars, rather than ghosts as these sentences reveal: "Then discovered to our horror as on tip toe we did go, that burglars had been up above whole we’d been down below. They’d ransacked all our bedrooms, and they’d had us all on toast, while uncle told us his tale about a ghost".

So the ghost story was about burglars, but what of the ghostly apparitions in the photographs? Well unfortunately they do not show the ghost of Lady Hoby either - they were in fact an image of Florence Vansittart Neale and the result of triple exposure. Perhaps it was merely innocence as the effect of triple exposures was probably not known to everyone who took or viewed photographs. The family may have genuinely believed it was the image of a ghost, although they should have recognised that it was Florence. Perhaps the family simply enjoyed the notion of story telling on the subject of ghosts.