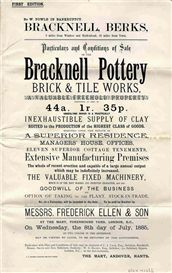 The north of Bracknell was made up of clay. Not just any old clay, but good quality clay that could be made into bricks. The brickmaking industry became very important in Berkshire in the late nineteenth/early twentieth century. Indeed local tradesmen offered the making of bricks as a part of their trade, even if they were just the local butcher. It was good business and by far the largest and most successful belonged to Thomas Lawrence who actually had a shop in Bracknell high street. 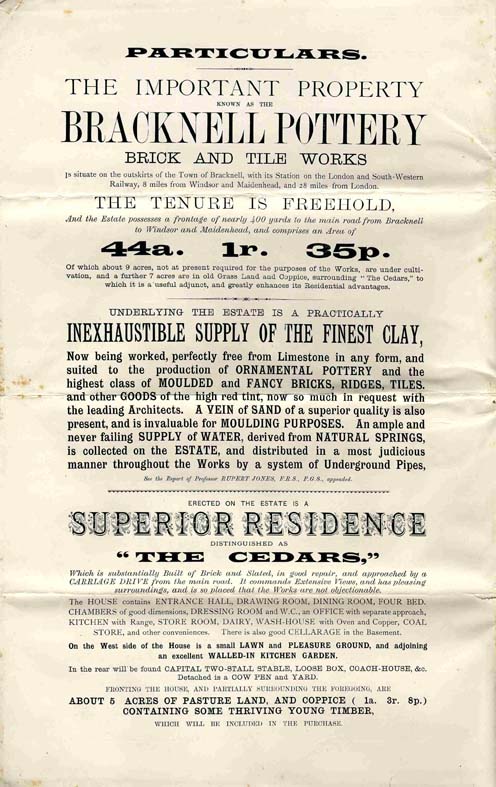 The image shown here is of a sale catalogue for the Bracknell Pottery Brick and Tile Works from 8 July 1885 (ref. D/EX 1937/1). It suggests that the property was a reasonable size of 44 acres and included a large residence called The Cedars as well as 11 other dwellings and machinery. The catalogue indicates that there was an "inexhaustible supply of the finest clay" which was "suited to the production of... the highest class of moulded and fancy bricks, ridges, tiles". Indeed the works must have had a good reputation as it states that  "the product of the (above) works enjoy the highest reputation for excellence of quality, finish and colour".

Looking at the plan enclosed, it was probably located at the site where Folders Lane is in Bracknell. The area certainly now has a road called the Cedars which would tie in with the property mentioned in the sale catalogue. During the Second World War, the production of local bricks reduced significantly and with the introduction of machinery making the whole process easier and quicker the brick industry in Berkshire declined and headed north of the country.

The image below shows a selection of the types of bricks and tiles that the company offered which was enclosed with the sale catalogue. When you consider that the bricks were all made by hand, first by digging out the clay and then moulding it into bricks and drying them, this really was quite a selection. Some of the mural tiles and ridge tiles are quite detailed and intricate. Fancy indeed. 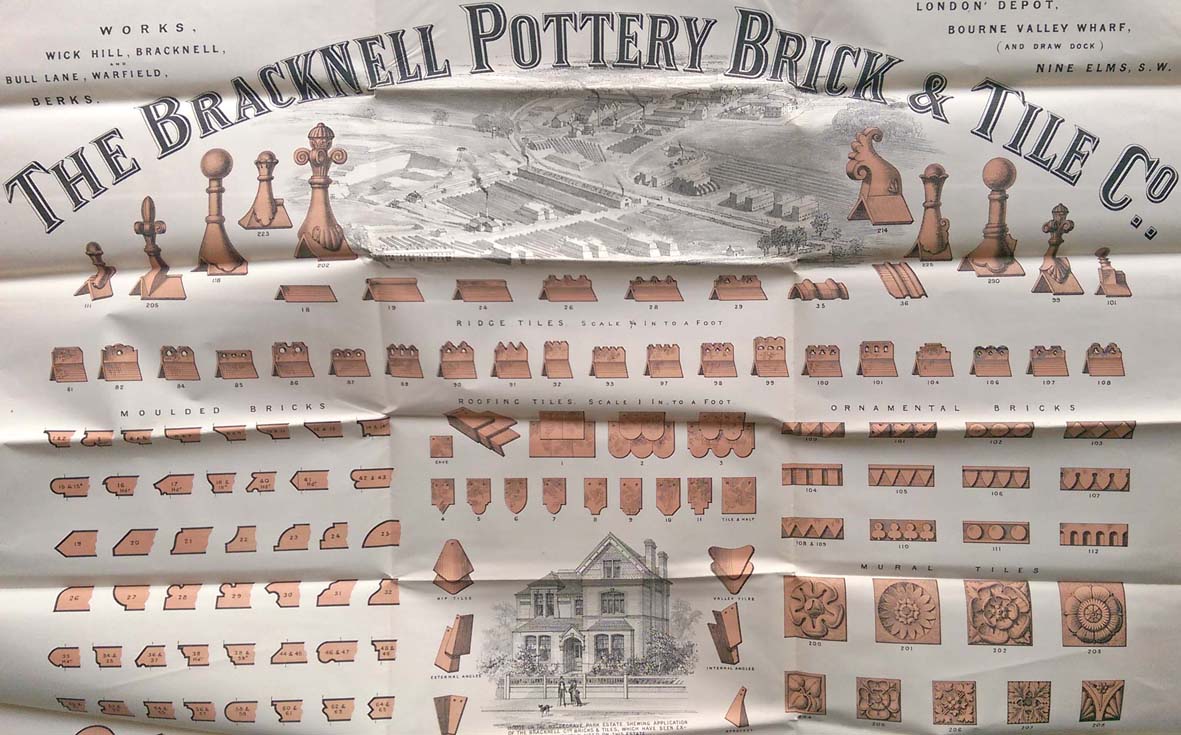