On 1st June 1914 the church of Wargrave was set on fire. It is alleged that the suffragette movement was responsible as postcards charging the authorities with torturing women were found near the church. The suffragettes objected to the Church of England's marriage vows where the bride had to 'obey' her husband. A possible motive for arson perhaps.

These pictures found amongst the Wargrave parish records (ref. D/P145/28/14) show the extensive damage that the fire caused.

The suffragette movement began in 1897 when Millicent Fawcett founded the National Union of Women's Suffrage. However, it was the members of the Women's Social and Political Union set up by Emmeline Pankhurst who gained the nickname of suffragettes. Although most protests were peaceful, they began undertaking more violent actions in order to get results.

However, in August 1914 the First World War broke out and the suffragettes suspended their actions pledging to help the war effort. As a result of the actions of women in general during the war years, all women over 30 where given the right to vote in 1918. In 1928 women gained equal suffrage with men and the voting age was reduced to 21.

The damage to Wargrave was substantial and it was not until 1916 that the church was restored and consecrated ready for its parishioners to use once again. 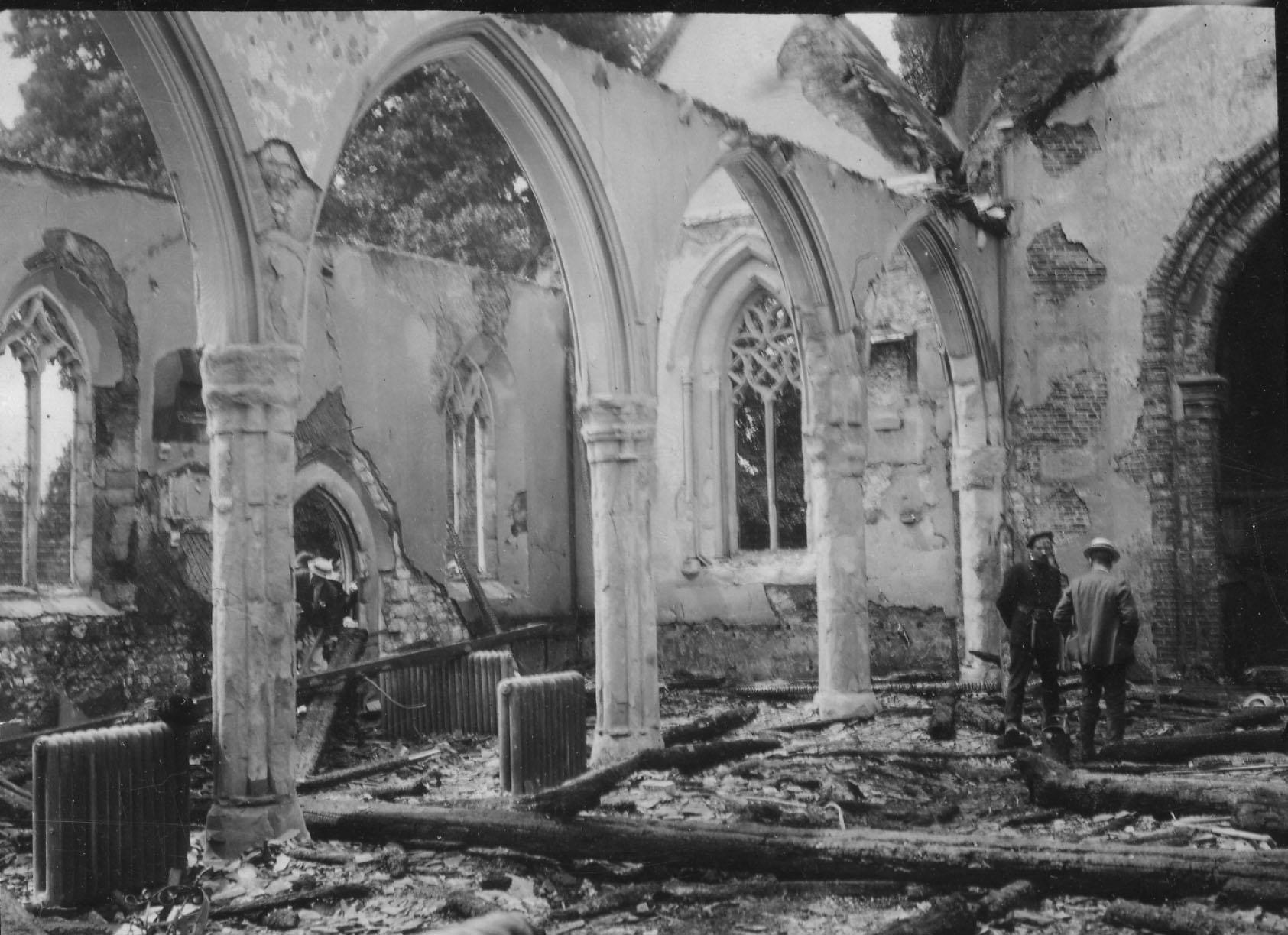