King Charles in the Castle

Parish registers are a mine of information for family historians – recording baptisms, marriages and burials from as early as 1538 – but it might surprise you to discover a small piece of royal history tucked away in the pages of one of our early registers.

If you look carefully in one of the parish registers of St John the Baptist in New Windsor, amongst the burials of Windsor’s townsfolk, you will spot an entry for 9 February 1648/9 which reads ‘King Charles in the Castle’. This is an entry for the burial service for Charles I. 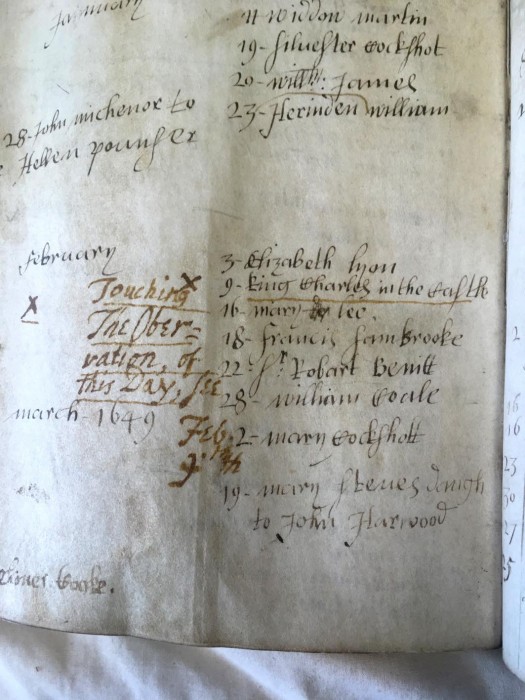 Charles I’s reign was not a smooth one. He held an unwavering belief in his divine right to rule which saw him dissolve Parliament several times when they did not approve his laws. This conflict ultimately led to civil war where he was defeated by Oliver Cromwell and his supporters. Soon afterwards he was imprisoned, put on trial and eventually executed for treason.

It is very unusual for monarchy to be recorded in local parish registers as you would typically expect them to be buried at Westminster Abbey. However, following his execution, the Committee of Parliament refused permission for Charles I to be buried there and he was buried in a vault at St George’s Chapel in Windsor.

There has been much debate around the nature of his funeral service in Windsor and whether he received a full Christian burial involving a recital of the funeral service from the Book of Common Prayer. You can read a fascinating blog post here which explains how many historians believe that he was not given this final rite after his execution which would have been a great slight on a man with such strong religious beliefs. It is a shame that the register gives painfully few details – a common plight for family historians using records of this date – but it is nonetheless an important fragment of evidence that a service of some kind took place. 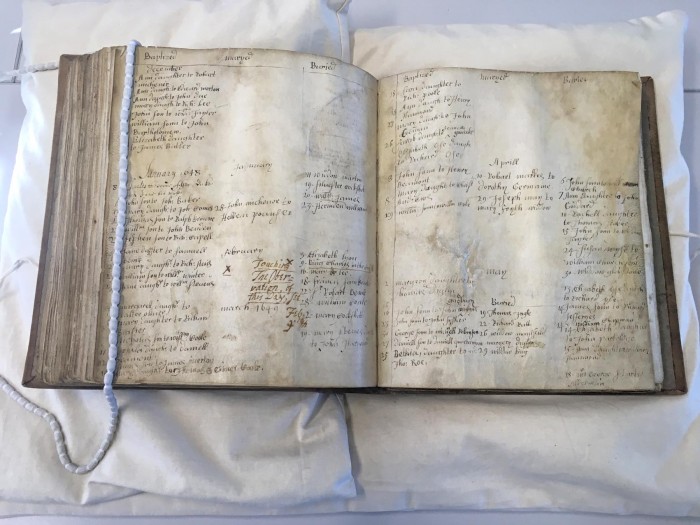 Charles I appears in a number of our records, including some beautifully illuminated manuscripts which present a regal King in the prime of his reign, but this humble entry in a parish register will forever hold an important place in royal history.