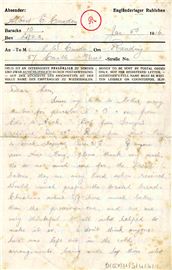 Albert Ernest Cusden was one of nine children of the Cusden family of Reading. In 1912 he travelled to Germany as an English teacher, but then in 1914 the First World War broke out. Together with thousands of other expatriate Britons, including his brothers, Archibald and Victor, he was interned in a camp at Ruhleben, near Berlin.

They were allowed to keep in contact with family back home who regularly sent parcels to the brothers often containing food. Such parcels were an essential supplement to the food given by the Germans, but they did not keep their parcels to themselves. Indeed according to a letter that Albert wrote to another brother, Len, just after Christmas on 5th January 1916, the brothers and other internees who received parcels shared them so that no one was left out (ref. D/EX1485/4/4/1):

"Christmas went off here much better than the previous one, and we are very thankful to all who helped to make it so. I don’t think anyone here was left out in the cold, arrangements being made by those who received plenty of parcels that others not so fortunate should have a share. On Christmas Day we were allowed to go to bed at 9.45 instead of 8.45. We also had our Xmas “parties”. Had Harris up on one day, and Arch’s chum Pinder on another. So you see, we made Christmas as cheerful as we could, and although we cannot ourselves thank all those who helped, we know you will do so for us."

Albert mentions that the bread was often too hard by the time it arrived so advised against sending any. He also talked about finding other internees who needed mittens and socks as the family had sent "more ... than needed".  Perhaps they did this because it was Christmas, a time when thinking of home would have been even more prominent in their minds. Clearly they and their fellow internees were generous with their parcels despite the situation they found themselves in. 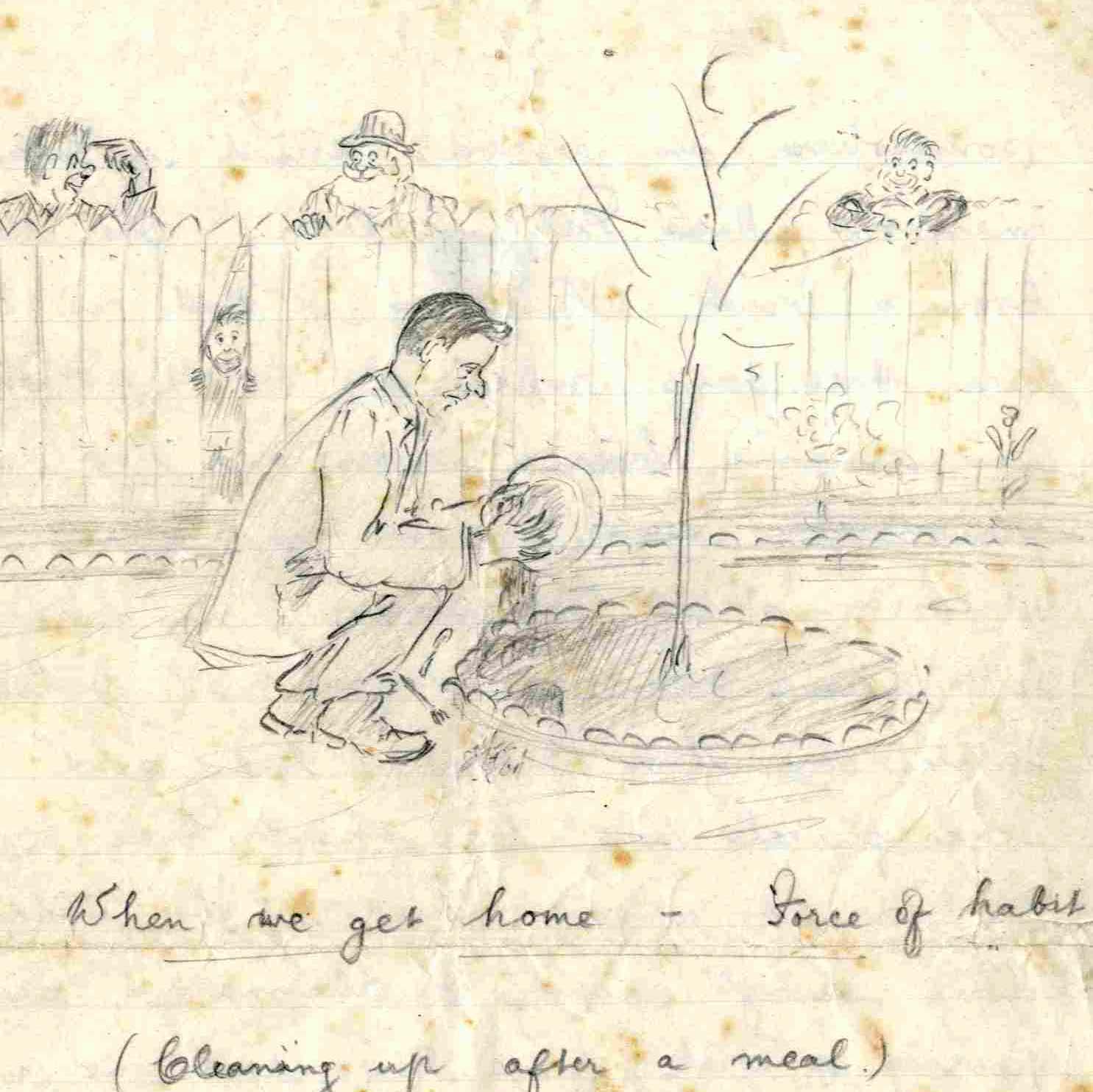 Albert also drew comical sketches in his letters. Here we see one referring to being back home, but demonstrating a 'force of habit'. Presumably it was his way of making light of the situation he was in. Writing to family and receiving parcels from them must have helped to keep up moral during his time at Ruhleben as it was not until 1918 that the camp was finally liberated.