It's an Honour, Sir 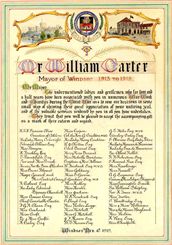 For some the New Year begins with the privilege of being awarded an honour from the Queen in her New Year's honours list. In 1920, one local man, William Carter, received the honour of a Knighthood from King George V for public and local services. It would seem that those who knew him within the Borough also held him in high esteem as this 1919 illuminated testimonial shows (ref. WI/D55/1).

It is addressed to William Carter, Mayor of Windsor 1913 to 1919. Those mentioned in the testimonial wished to convey their gratitude for all that Mr Carter had done for the Borough during World War One. It reads:

The undermentioned ladies and gentlemen who for four and a half years have been associated with you in numerous War Work and Charities during the Great War 1914 to 1919 are desirous in some small way of shewing their great appreciation of your unliving zeal and of the valuable services rendered by you in all you have undertaken.

They trust that you will be pleased to accept the accompanying gift as a mark of their esteem and regard."

The testimonial has intricate gold edging on the sides and fine drawings of Windsor Castle and Windsor Guild Hall at the top.

Those named on the list include HRH Princess Alice Countess of Athlone, the Lady Edward Spencer Churchill, as well as various clergymen and military such as the Very Rev The Dean of Windsor and Col The Hon. G Crichton MVO. 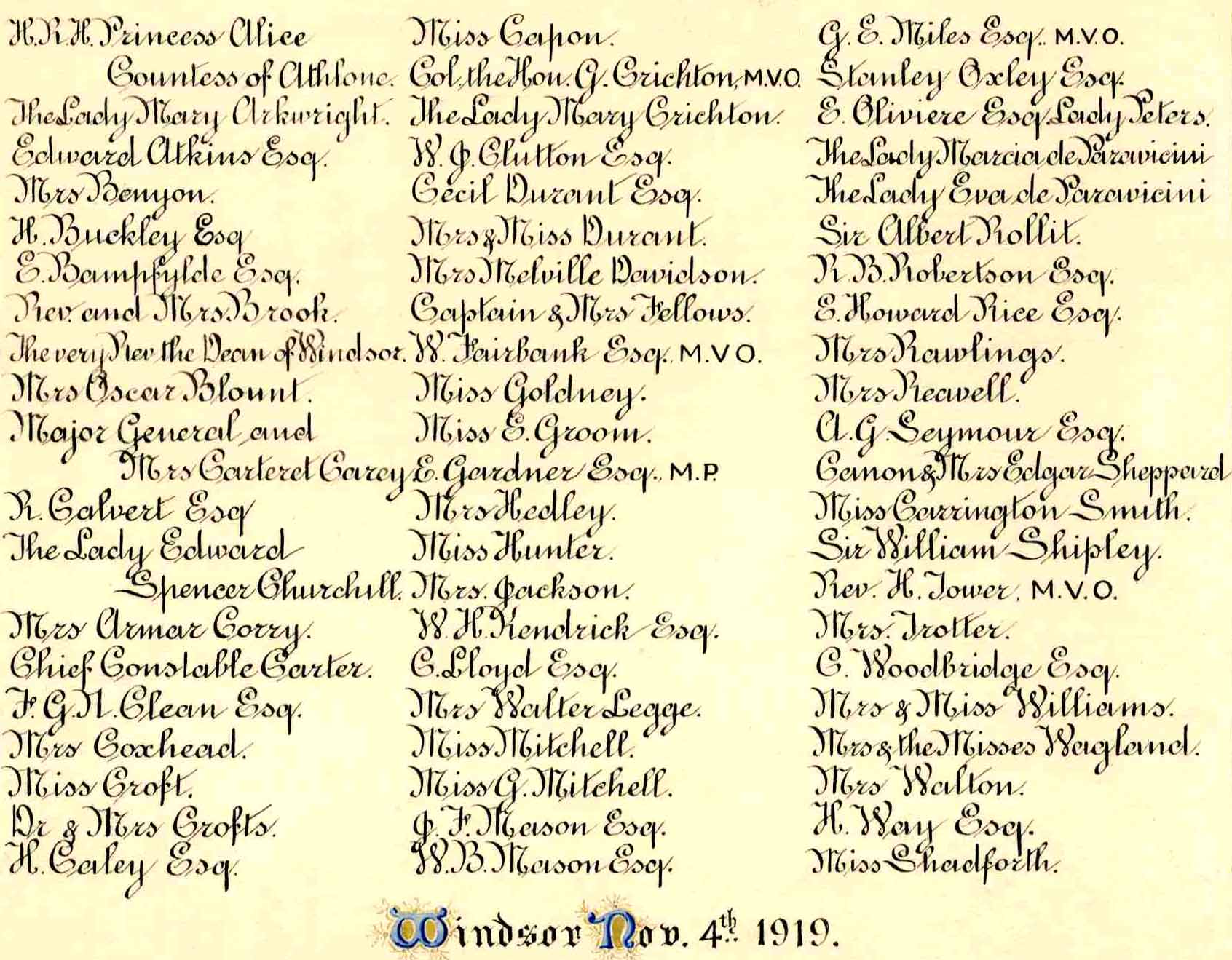 Sir William Carter was born in Marlow, Buckinghamshire in 1848 and he died in 1932. He was superintendent of the Windsor branch of the Prudential Assurance Company, 1879-1908. He was elected to Windsor Borough Council in 1902 and we have other records relating to him amongst the Windsor Borough collection. These include certificates such as that for being a Special Constable 1914-1919; and being a member of the Oxford Diocesan Guild of Church Bell Ringers. There is even a letter to Carter from D[avid] Lloyd-George who was Prime Minister 1916-1922. The letter advises Carter that the King had approved that the honour of knighthood be conferred upon him. High esteem indeed.