For a fascinating reminder of Christmas celebrations in times past, this month’s highlight takes a look at the accounts of the steward (or bailiff) of the Throckmorton family, 1699-1733 (ref. D/EWE/A1). It is thought that the actual book comes from outside Berkshire, probably from their house at Weston Underwood, Buckinghamshire, but it is indicative of what would have happened in similar country houses in Berkshire in the early 18th century.

The Christmas period saw groups of singers and revellers known as wassailers visiting houses to sing carols and wassailing songs (more secular in nature), collect small sums of money and be treated to the ‘wassail’ which was a spiced ale or mulled wine. The name probably derives from the word ‘vessel’, referring to the big vat of alcoholic refreshment – possibly the most important part of the festivities for some!

It is an ancient tradition believed to date back to Saxon times, but continued as a popular part of Christmas festivities into the early modern era. It was banned during the Commonwealth period, 1649-1660, but was revived with great enthusiasm after the Restoration of King Charles II. 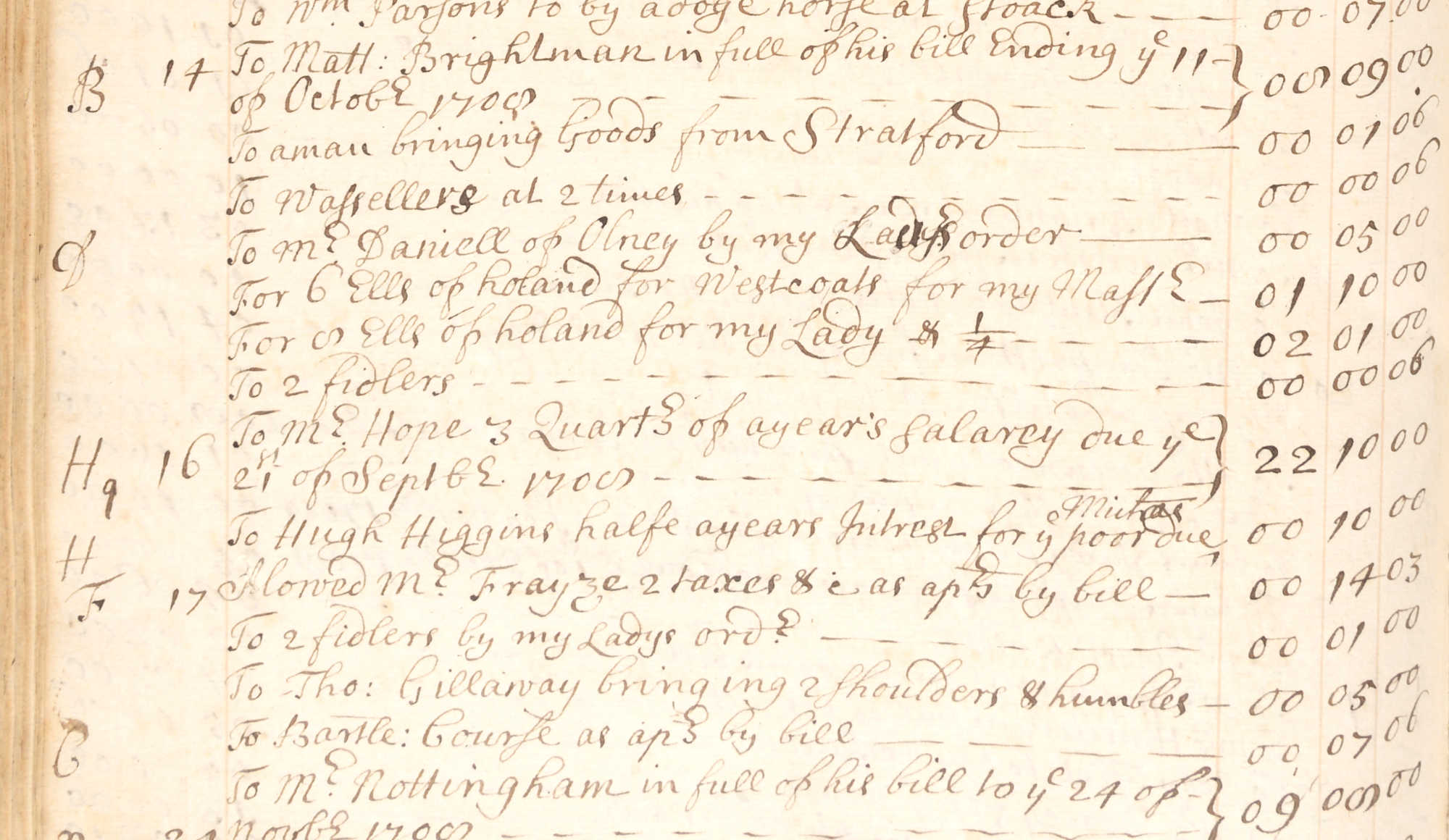 In this book, we see payments of sixpence to a ‘vesseler’ or wassailer on 12 December 1699. The wassailers visited twice in 1702: on 10 December they received ninepence, and two groups of fiddlers (violin players) visited, getting a shilling between them.

On 18 December 1702 the ‘waselers and boys’ got a shilling. On the 23rd some of the employees got Christmas boxes. After Christmas the entertainment included a dancing horse. In 1700, morris dancers came on the 27 December followed by ‘two men with a show’ on New Year’s Eve. In 1708 two lots of wassailers visited on 14 December, and two fiddlers came by on 17 December.

The wassailers seemed to have visit the Throckmortons fairly regularly - perhaps because they knew they would get a drink and a little money. Or perhaps because they simply wanted to spread some Christmas cheer just as many people do today with a glass of mulled wine in hand.