Female pills to cure all ills! 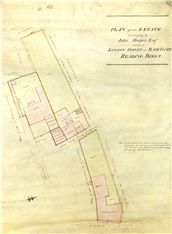 Amongst the deposited collections of Reading Borough Council are some papers of the Blandy family as well as their relatives through marriage, the Hooper and Watlington families. Here we have a delightful plan (ref. R/D142/2/2) which was drawn by I J Cooper, a local Reading surveyor, in August 1819. It was drawn in pen and ink on a piece of parchment, coloured with watercolours, and then attached to and rolled around a wooden roller.

The plan shows premises in London Street, Reading, belonging to Dr John Hooper. The house was on a typical long, narrow plot. It also shows a building containing baths at the back of the property, close to Mill Lane, which was presumably used as a form of treatment by Dr Hooper for his patients. It looks as if the baths were heated, as a coalstore is shown nearby. These covered baths gave their name to Bath Court, and according to deeds in the same collection, were still in use at the end of the 19th century.

The property not only contained the baths and the Hooper family home, it was also the site for the manufacture and sale of a medication known as 'Dr Hooper’s Female Pills'. 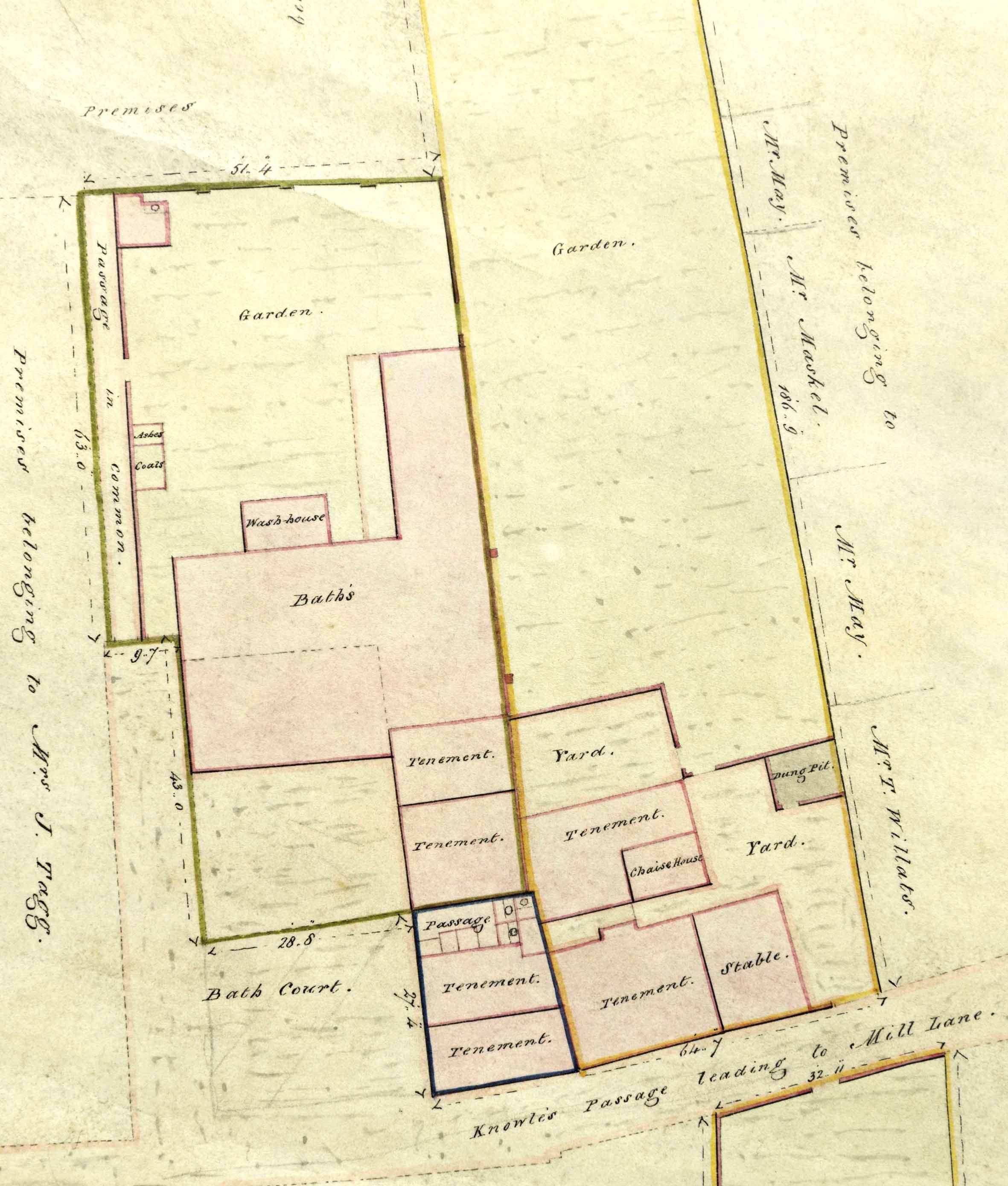 The pills were amongst the most popular of patent medicines in the 18th and 19th centuries and the recipe was jealously guarded by the family for generations. Dr Hooper (born in 1764) was a self-styled physician, and the grandson and namesake of Dr John Hooper of Reading (d.1773), the original inventor and patentee of Hooper's Female Pills in 1743.

As we can see from this patent for the 'Female Pills' (ref. R/D142/2/10), they were supposedly used for the 'cure of disorders peculiarly incident to the female sex' as well as for ‘opening obstructions of vessels’. The Hoopers also operated as male midwives and we can see that the pills were also meant to be good for 'restoring the constitution of married women after lying in' - that is, following childbirth. 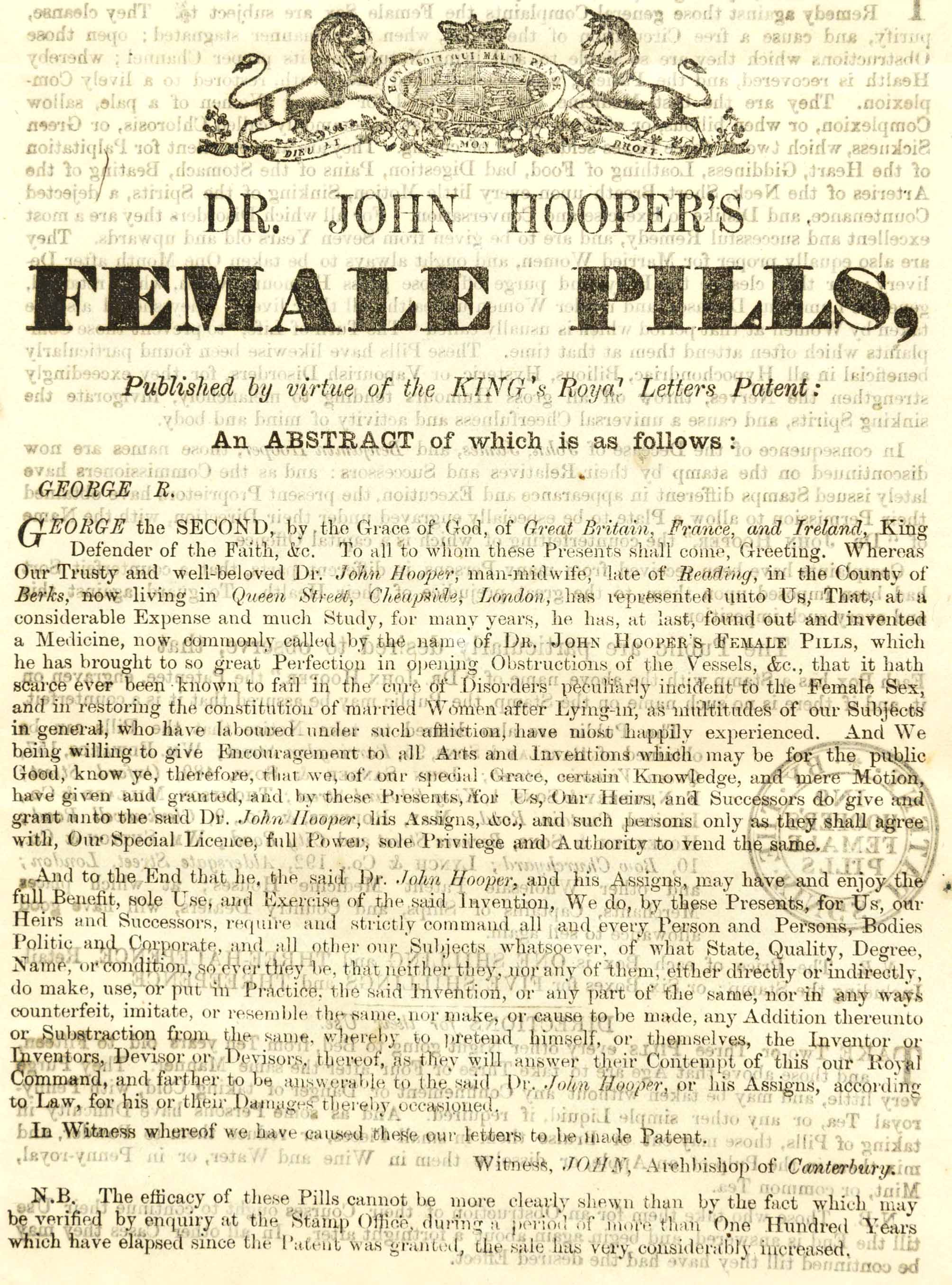 Although it has been suggested that they could have been used to deal with unwanted pregnancies, it would seem that the Hoopers created them for use in dealing with gynaecological issues. Indeed the instructions for use offered advice to women taking the pills ‘for an obstruction of their courses’ - that is, menstruation. They were also said to help women undergoing the menopause. Not quite the 'cure for all ills', but certainly for quite a few and the pills proved to be very popular, continuing to be manufactured into the early 20th century.