Valentine's Day? It's a lottery! 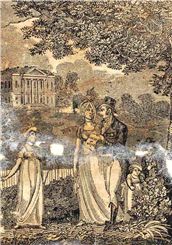 The lottery is not a new thing, in fact it's been around for centuries and it seems that enticing people to play the game is nothing new either. The image shown on the left is from a handbill advertising a Valentine's day lottery in 1810 (ref. D/EX695/2). It shows a family living at a mansion after they won the state lottery.

The handbill states that on the day of the lottery "large fortunes will be distributed to those who court the smiles of fortune". Below we see the full handbill showing a family living in a "lowly dwelling" before the lottery and then after winning being in "the possession of a splendid mansion".

The handbills are from wood engravings by James Whiting, printer of Finsbury Place, London. They were originally in a poor condition and have since been repaired which is why the images shown have some pale areas which are difficult to read.

There are six handbills in total each depicting a different scenario. One shows a poor girl leaving home before the lottery and then returning to look after her parents afterwards. One shows a man with no money before, then living on his well stocked farm. Another shows a man being ignored, but then being courted having acquired a fortune and another shows a suitor who cannot marry the girl he loves for lack of money, but then after winning the lottery is shown with the family who now welcome him.

Unfortunately there is no indication as to how much each ticket actually cost, but no doubt only those with reasonable wealth would have been able to play despite the apparent inclusivity of all walks of life in the handbills. On the bottom of the handbill shown below it states that "the lottery will be drawn on the 14th of February next, and a snug fortune of £4,000 a year may be obtained by one number". This would have been a lot of money for most people in the nineteenth century. Indeed this handbill shows a man who is being hounded by creditors before the lottery, but then riding in a carriage having won what appears to be £20,000. A huge sum of money in 1810. 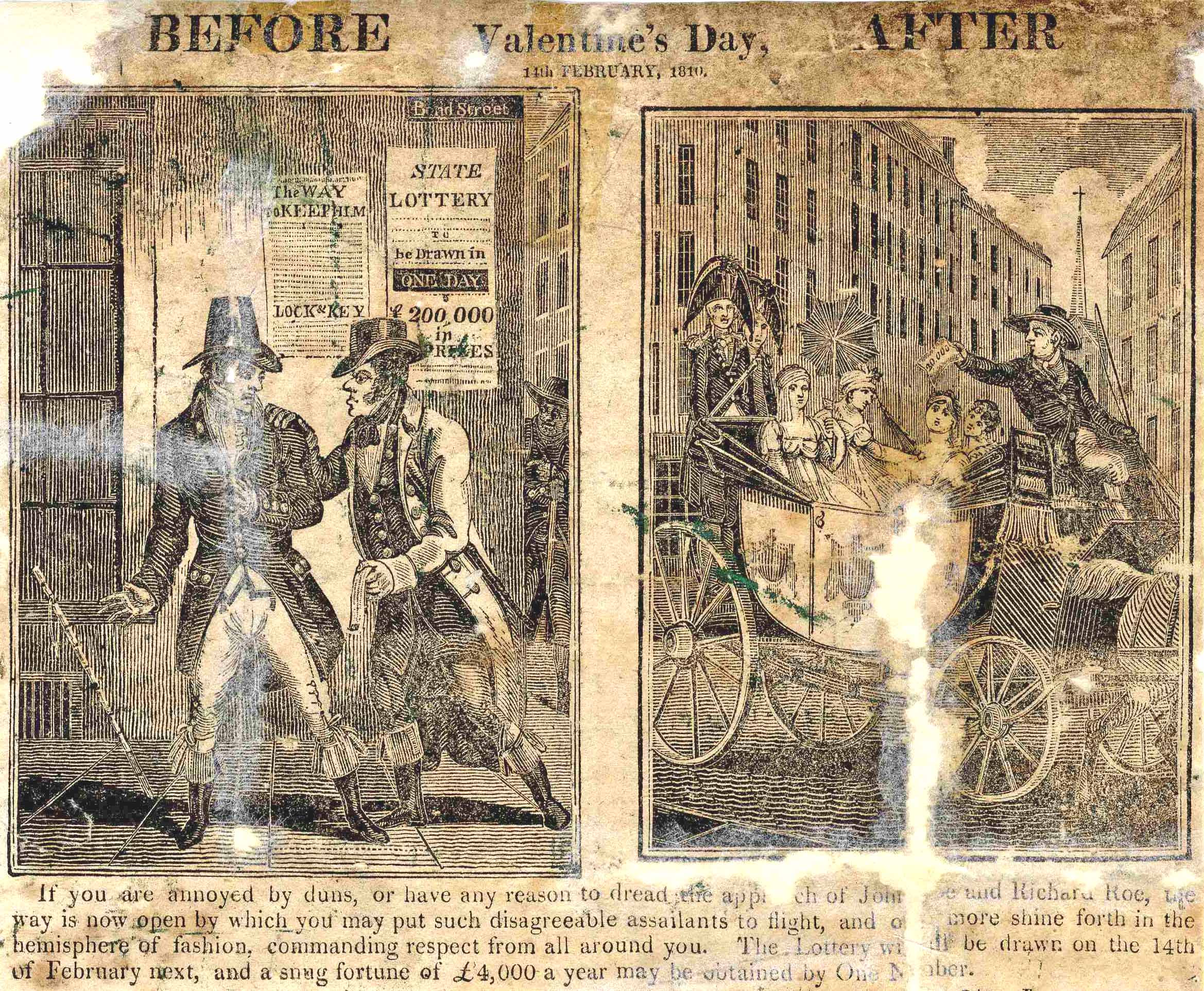 It would seem that these handbills were deliberately bold in their depiction of how life would improve if you played the game in order to entice you to buy a ticket. It is thought that such state lotteries were set up in order to raise money for good causes as well as improve the lives of winners. This is something that current lotteries still aim to do though perhaps it is not the ideal gift to woo a Valentine with - unless of course it was the winning ticket!