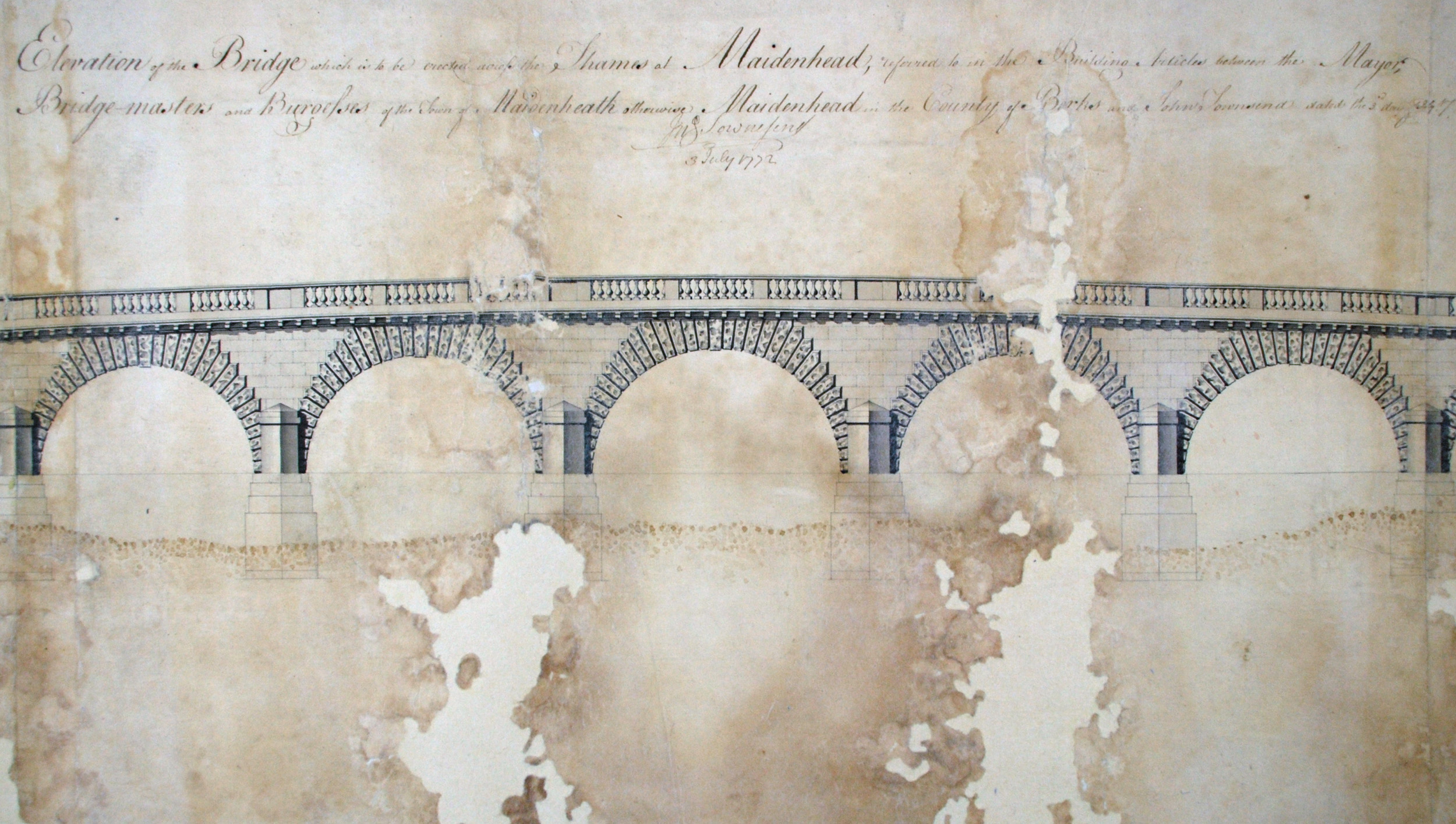 Maidenhead (Road) Bridge was opened on 5 May 1777. The project had not been without pain.

The old Borough had signed a deal with contractor John Townesend of Oxford nearly five years earlier. It was Townesend who would oversee the creation of the new stone structure based on the plans of architect Robert Taylor. The price was agreed at £15,500, and the bridge was due for completion by July 1775.

The project was beset with delays. Townesend left his men to get on with building the piers that the bridge would rest upon, but they did not always turn up, and when they did, they seemed unable to make progress. Townesend submitted a string of excuses as the costs rose steadily, with no end in sight.

As time went on, the Borough simply stopped paying Townesend, which left him unable to find the money to make any progress whatsoever. The situation was in danger of becoming a farce. In the spring of 1775, a compromise was reached: the piers would be shorter; and the bridge abutments narrowed. In return, Townesend would complete the work for 7% above his contract price. After that, work proceeded slowly but surely for the next two years.

The old wooden bridge next door was sawn off at the base of its piers, and the riverfront at Maidenhead finally took on the appearance that it enjoys today.