As awards season approaches, it is timely to reflect on the films that have inspired and moved audiences. One recent film, nominated for six BAFTAs and seven Oscars, is Sir Kenneth Branagh’s Belfast. This film was inspired by his early childhood spent in Northern Ireland. But did you know that he also spent a number of years in Reading, Berkshire? 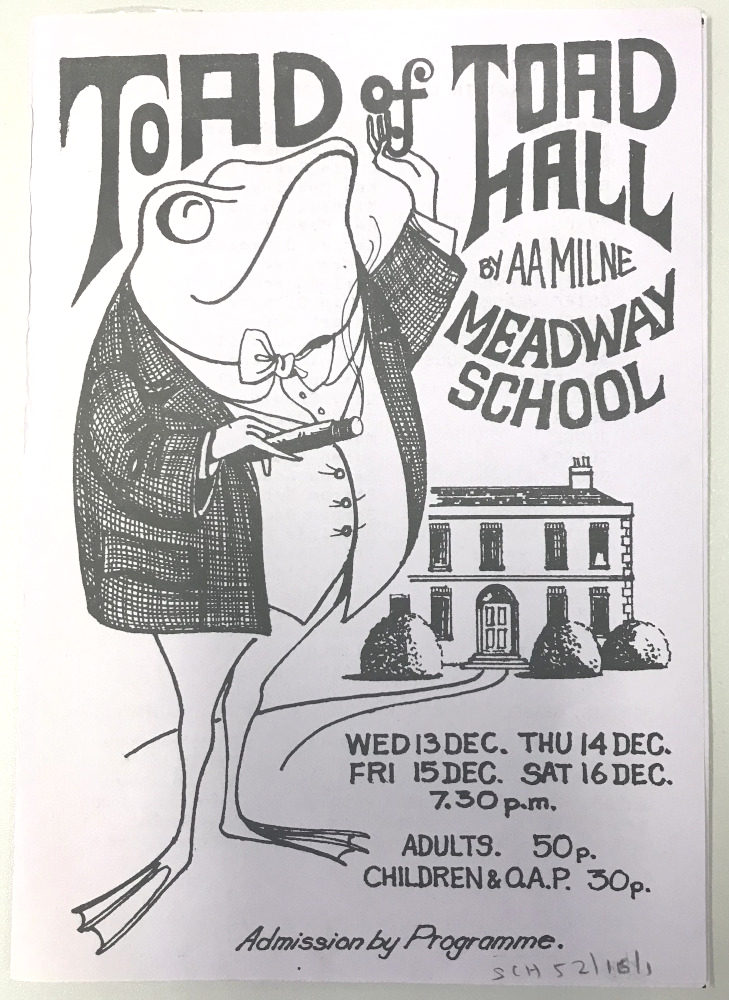 While cataloguing the records of The Meadway School in Tilehurst, this programme for a performance of Toad of Toad Hall by AA Milne (ref. SCH52/16/1) was found loose in one of the log books. Inside there is a cast list and the role of Toad is played by ‘Ken Branagh’. The programme is undated, but the performance took place in 1972, when Sir Kenneth  would have been aged twelve. Branagh’s family moved to Reading from Belfast when he was nine years old. He first attended Whiteknights Primary School, Reading, before moving to The Meadway School. The school closed in 2001.

This is not Sir Kenneth Branagh’s only theatrical connection to Berkshire. As a teenager, he joined the Progress Theatre in Reading. The theatre archives are held at the Berkshire Record Office and contain a programme for The Drunkard or Down with Demon Drink by Brian J Burton (ref. D/EX1151/3/5/2). This took place in November 1977 and Ken Branagh (then aged 16) played the role of William Downton. Many years later, he became patron for the theatre, stating in a BBC News article in 2011 ‘my stage career started at the Progress’. 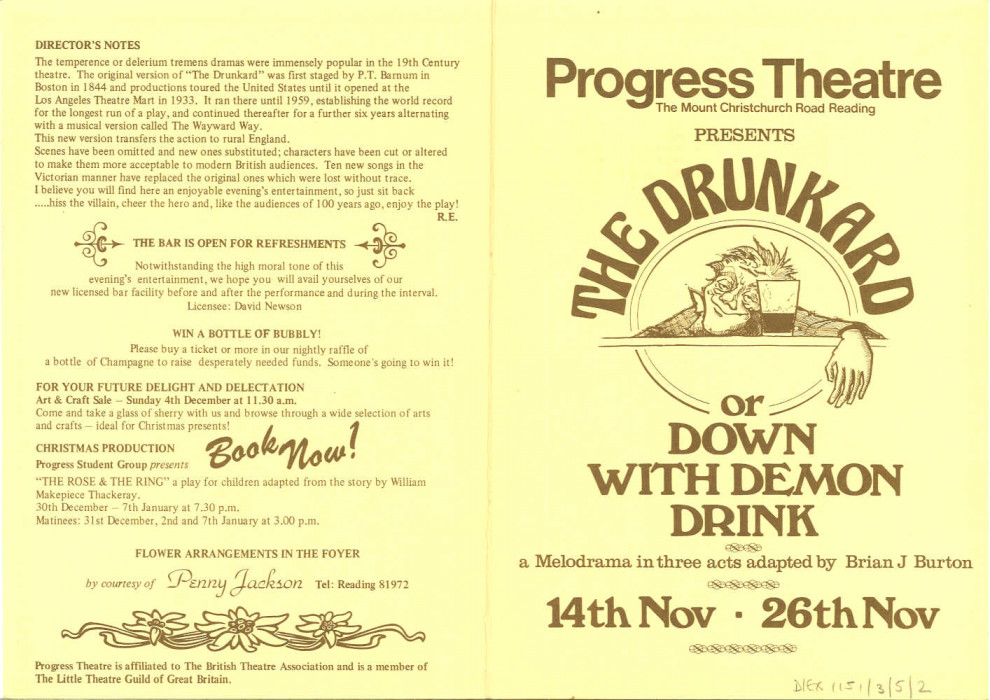 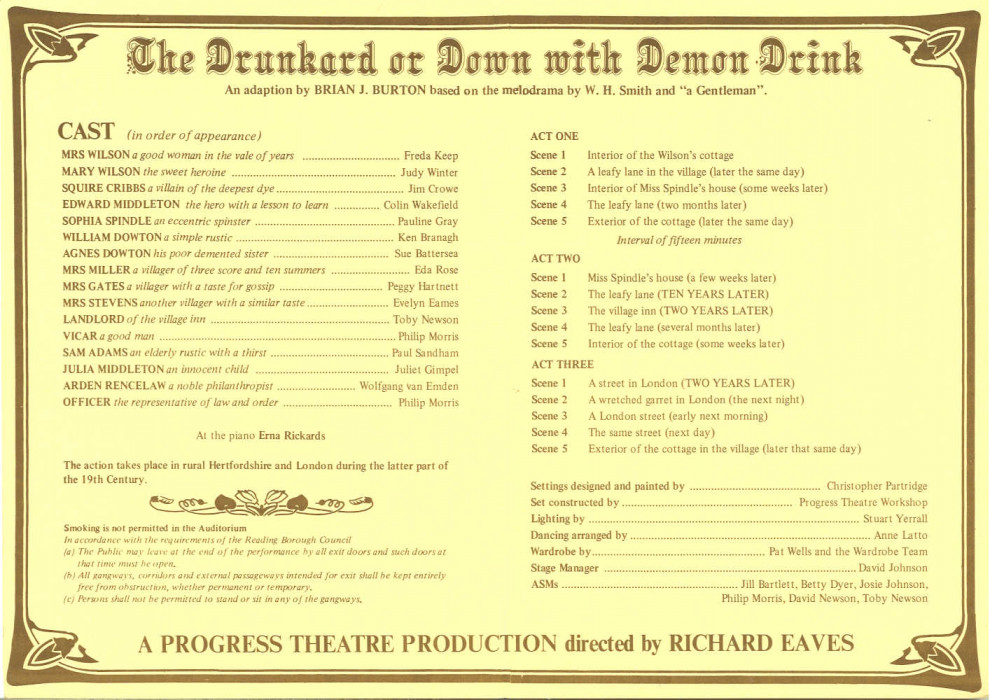 School plays can be one of the first moments in life that a passion for the performing arts is discovered. Could there be more famous names within our school records? Source guides to the school records held at the BRO can be viewed online on our website.

If you would like to find out more about the professional life and work of the man, The Sir Kenneth Branagh Archive is held at Queen's University Belfast. Click on this link for a list of the collection.