Reading residents will know that the iconic (but sadly unlisted) Metal Box building by the station is no more. Officially opened in 1975 as the company’s new headquarters, it was demolished over the last year.

There are various pictures of the building already online, but this view shows something different: the landscape that surrounded it. It dates from 1987, when the gardens were relaid, and a photographer came onsite to capture the new look.

This particular shot was taken from the top of the building, looking south to St James’s church and the Forbury. The little security lodge in the top left gave way to an avenue of ornamental trees and some long, low-maintenance herbaceous borders.

Metal Box was formed in 1921 from some earlier concerns. It subsequently took over a number of other canning and related companies. At one time it was the largest packaging firm in the Commonwealth.

The Metal Box name disappeared in 1993, and the company became part of US conglomerate Honeywell in 2005. 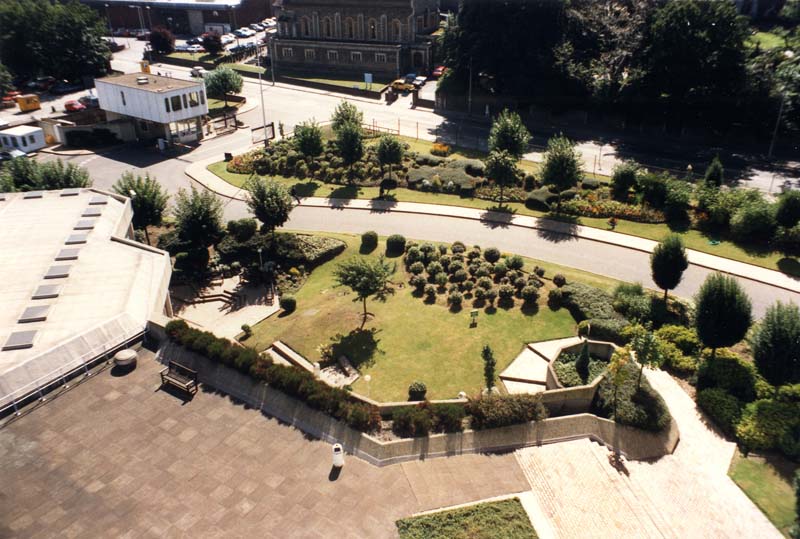