This month marks the bi-centenary of the birth of one of Berkshire’s former Royal residents, Queen Victoria, who was born on the 24th May 1819. This poster advertises a bazaar that was held in the Home Park of Windsor Castle, under the Queen’s patronage, in June 1861 (ref. D/P149/25/65/1). It is a large poster measuring 650 mm by 1480 mm; and, in terms of style, is of its time. You can see how the printer used a single bold colour and a variety of letter sizes in order to make an impact.

Unfortunately, 1861 was to a traumatic year for Queen Victoria, as her mother passed away in March and six months after the bazaar (on 10 December), her beloved Prince Albert died at Windsor Castle. However, the purpose of the bazaar was a positive one as it was designed to raise funds for the building of a new school in Windsor. Writing in the Windsor and Eton Express in January 1859, Reverend Henry J Ellison explained that the Free School (established in 1705) and the National School (established in 1819) were ‘not satisfying the needs of educating the working classes of Windsor’.

A local newspaper report entitled ‘The Fancy Bazaar’, commented that ‘so amply supplied were all the stalls with articles of every description in fancy work that the bare enumeration would probably fill a bulky volume’ and there are various references to the ‘lady stall-holders’. This extract from the Windsor and Eton Express, 22 June 1861 tells us more:

‘Lady Emily Seymour, in addition to the numerous and elegant articles supplied by herself, and displayed in the stall, presented a beautifully designed baby-house, which contained every requisite that the most fastidious and fanciful infantile mind could long for. This was disposed of by means of a raffle, the fortunate winner being Lady Filmer’. 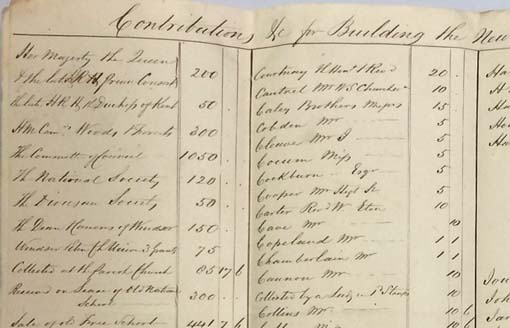 The new school (called the Windsor Royal Free and Industrial School) was opened on 28th April 1862, with 230 boys and 225 girls. It had been built in the centre of Windsor, on the north side of Bachelors Acre. The signatures on the completion certificate include that of James Griffin, who left a legacy of over £248 to the school (ref. D/P149/25/68). The building survives today, though not as a school, and is Grade II listed. 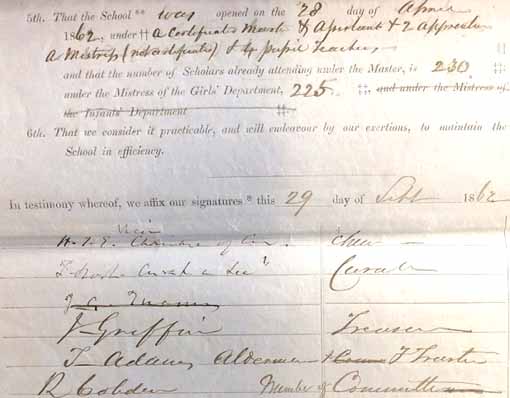 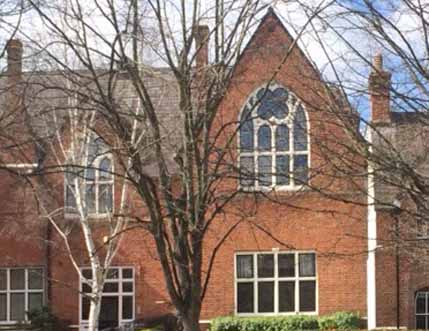 Rather than being stored flat, the poster hangs in one of our strong rooms and there is something comforting about the fact that, in the technology-driven 21st century, we still put up posters to advertise events. After 158 years, it still catches the eye.