Theatre Royal and the Suffragette Movement 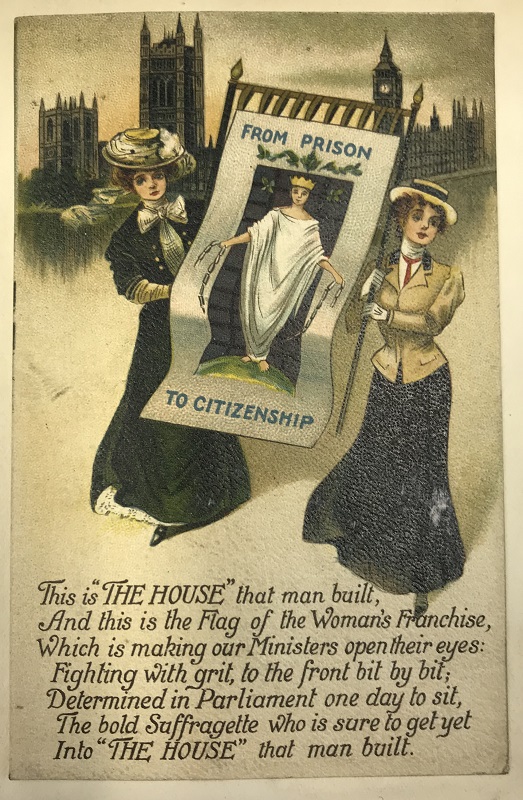 One of the joys of working with archives is the discovery of unexpected or mysterious records in collections which have not yet been catalogued. This was recently the case when looking through some records of Theatre Royal, Windsor, which form a large collection of scripts, programmes, photographs, and other memorabilia from its extensive repertoire of past performances.

Unfortunately, very few early records of the theatre survive. Although there has been a theatre on the site at Thames Street since 1815, the original building was burnt down in a fire in 1908. The building as we know it today was rebuilt by Sir William Shipley and re-opened in 1910.

Nestled within a box of miscellaneous files, is this curious scrapbook by an unknown creator which records events of both local and national significance from the 1890s to the 1950s. The early date coverage is certainly appealing, but the broad range of topics covered is rather puzzling. There are items of obvious relevance to the theatre, such as articles and photographs of actress Grace Warner, who lost £300 of stage property in the fire. However, there are also items that are seemingly unconnected to Theatre Royal, such as a signature and photograph of Australian pilot, Harry Hawker, dated 1913 and 1919, and a report on an earthquake in Darjeeling, India in 1934. 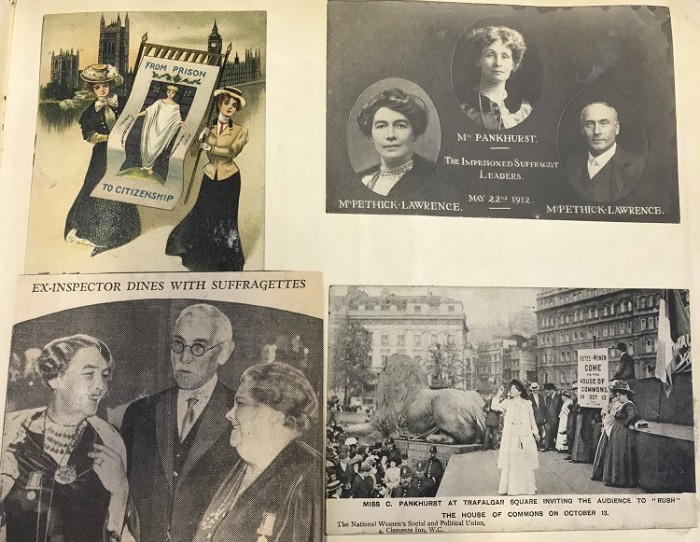 One of the most delightful and unusual inclusions in this scrapbook is records of the Women’s Social and Political Union (WSPU), more commonly known as the suffragettes, who campaigned for votes for women. These include several postcards of the leaders of the WSPU, such as Emmeline Pankhurst; a programme for a demonstration in Hype Park on 14 July 1912; various press cuttings; original signatures of renowned suffragettes, Flora Drummond and Christabel Pankhurst, and many other items of memorabilia. 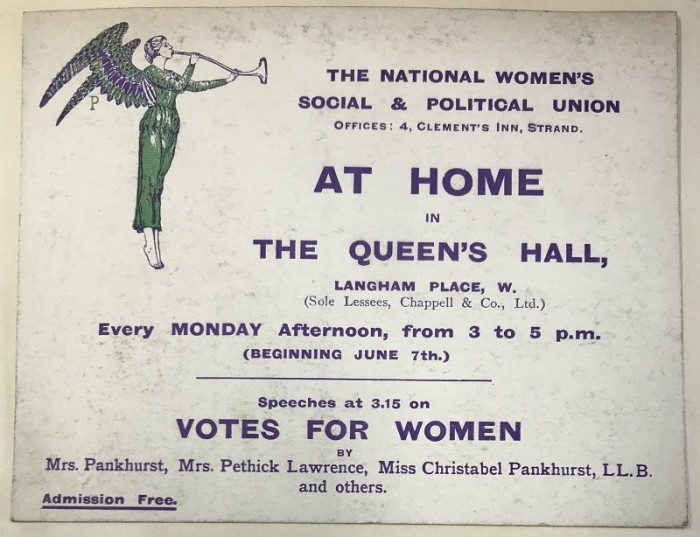 There are traces of theatre and performance laced throughout the scrapbook, even within the suffragette records. One of the press cuttings is a reprint of an article on Christabel Pankhurst by Sunday Review drama critic, Max Beerbohn. He paints a wonderful picture of charismatic law-trained Christabel and her sensational performance at the court case against WSPU leaders following the suffragette rush on the House of Commons in 1908. He writes, ‘she has all the qualities which an actress needs, and of which few actresses have any’. 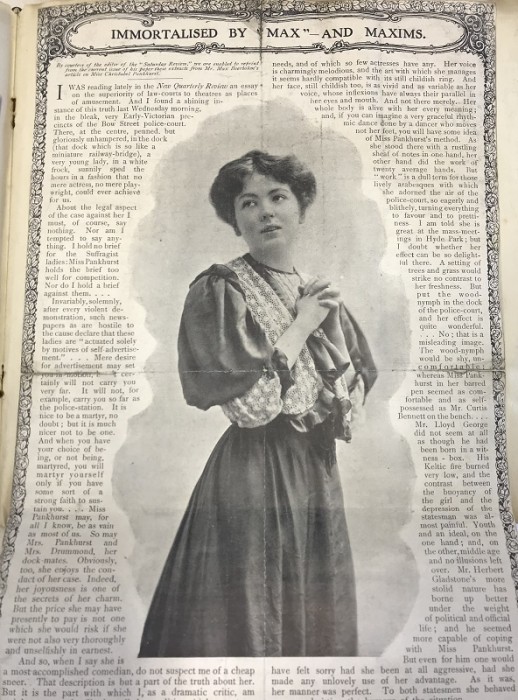 Although there was certainly local interest and support on both sides on the debate in Windsor, after searching through local newspapers on The British Newspaper Archive, it is difficult to draw a clear connection between the suffragettes and Theatre Royal. Sir William Shipley, who owned the theatre at this time, does not appear to be reported at local meetings on either side of the debate.

Theatre and women’s suffrage were woven together throughout the long campaign for votes for women. The Actresses Franchise League was a contingent of the movement founded by two members of the WSPU and suffrage plays were also frequently performed to raise money for the cause. One example comes from a newspaper report in the Windsor and Eton Express, 11 November 1911, which advertises a meeting of the Windsor and Eton branch of the London Society for Women’s Suffrage where ‘a good musical programme’ was put on, along with speakers and the sale of suffrage plays, postcards and literature at 3 Claremont Road. 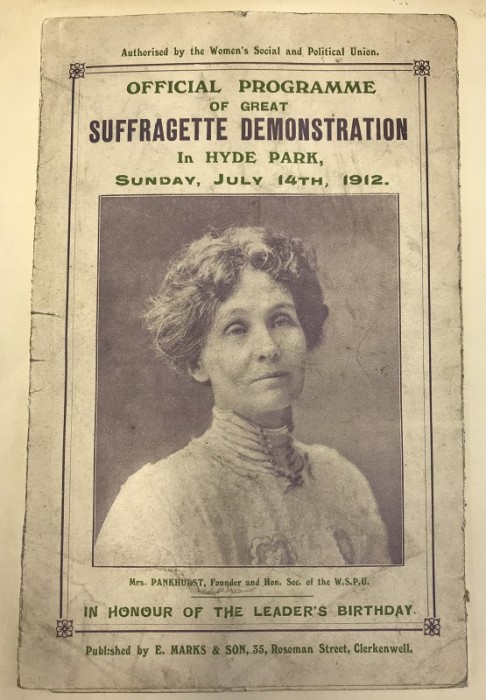 This again raises the question over the creator of this scrapbook. Were they an employee of the theatre with a personal connection to the movement or were they simply a collector of items of local and national significance?

This large and varied collection will take a long time to catalogue, which may provide some clues as to its authorship, and this scrapbook will require some conservation work before it can be made readily available. However, it does represent a perfect example of the fascinating, and sometimes puzzling records that are waiting to be discovered.