Sail away with me

If you are looking for a sense of escapism in these cold winter months you will undoubtedly find it in the travel diaries of Arthur and Lydia Preston. This fascinating couple embarked upon a yearlong tour of the world in 1912 visiting a vast array of countries which included places such as: Burma, India, Japan, Hawaii, Tibet, China, Canada and America. The image on the left is taken at the 'Forbidden City' in China, whilst the one below is of the couple in Japan. 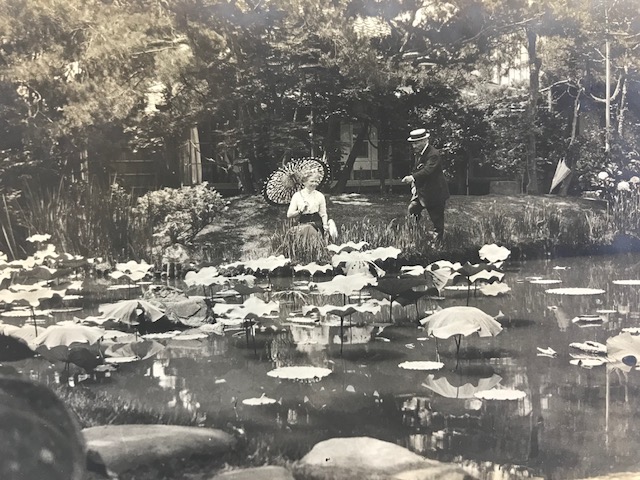 Arthur Edwin Preston was a chartered accountant and passionate antiquarian who lived in Abingdon for most of his life. He married Lydia Jacobs in 1895 and they lived at Whitefield, Park Crescent. He is considered to have played a vital role in preserving Abingdon’s history collating a mass of local information - historical and biographical - as well as financing major archaeological projects to help restore the old Abbey Church and St Helen’s Church. Arthur served the Borough Council as its accountant for twenty-two years and as Mayor for three years.

Less is known about Lydia, but she appears to be the author of one of the diaries and rather affectionately refers to her husband as ‘Hubby’ or ‘Hub’. Amongst the collection (reference D/EP8) we have numerous diaries and photograph albums where they documented their travels, noting the customs and traditions of other countries and highlighting the rare and unusual objects that they came across. Below we see a street scene in Tunis. 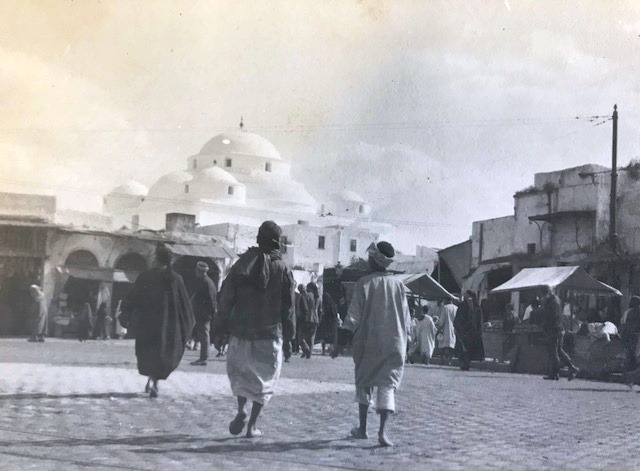 In a journal, Arthur writes of Hawaii:
"we made the Harbour of Honolulu at 12:30ish. Sea a magnificent sight. Every tint of blue, purple and green, aqua marine (blue solid) blue near the ship, then deep blues, purples (reddish) and every shade of green to palent chalk white of the foam surf.’’
Honolulu, 1913 (ref. D/EP8/F4)

Whilst in China Lydia wrote:
"Canton [Guangzho, South China] is a most interesting place. The streets are so narrow it is impossible even for a rickshaw to pass. We were carried through labyrinths of small streets in chairs."
Canton, Wednesday 2nd April 1912 (D/EP8/F6)

They said of Burma:
"We passed Pagan…lately, interesting excavations have been made, buried temples discovered and beautiful tiles and many Buddha’s, at one time a great deal of looting took place, many of the treasures were carried away but now the government have taken the matter in hand."
Burma, Monday 8th March 1912 (D/EP8/F6) 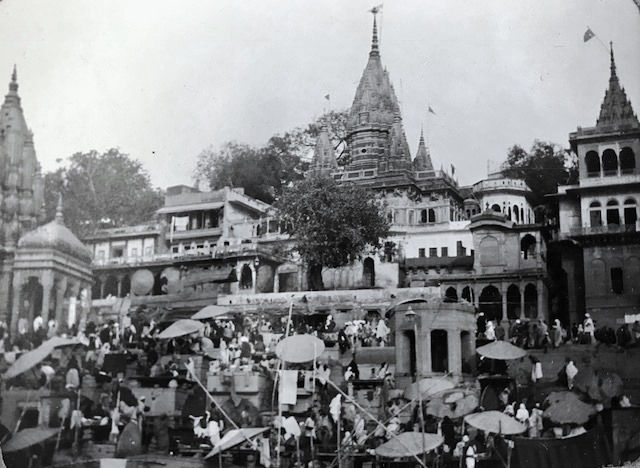 It's a fascinating collection and through the descriptions in their diaries and wonderful photographs, the Preston’s enable us to immerse ourselves in a different time giving us a real insight into travel, people and places in the early 1900s.