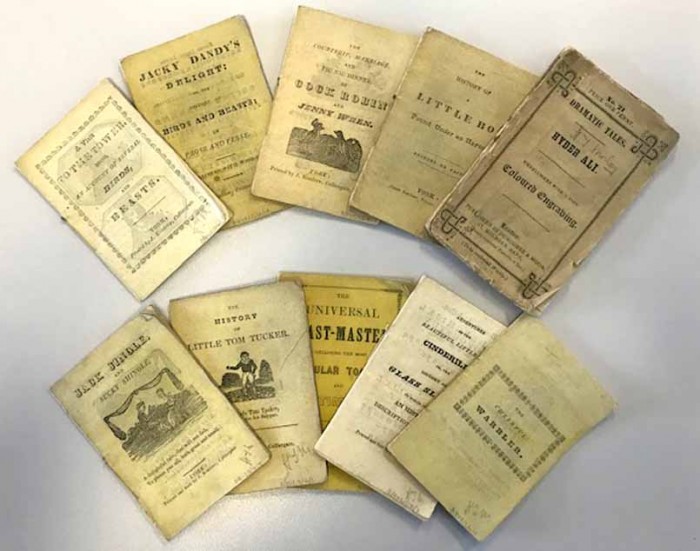 We often have a favourite childhood book, passed down the generations, lovingly handled, and 18th century children were no different. Amongst the Underhill papers are these sweet little books known as chapbooks (Ref: D/EU1/2/3/4). There are seventeen in total and some are no bigger than 6.5 x 9.5 cm. They were apparently lent to Frederick Maitland Underhill by Mr H T Morley, a fellow member of the Berkshire Archaeological Society. It is not known why these books came into Underhill’s possession (and subsequently never returned) but he was an avid collector of many things so presumably they sparked his interest.

A chapbook is a small book, generally consisting of no more than a single sheet of thin paper, folded (sometimes stitched) to make a small booklet. They were used as an inexpensive means of distributing popular literature through the streets. 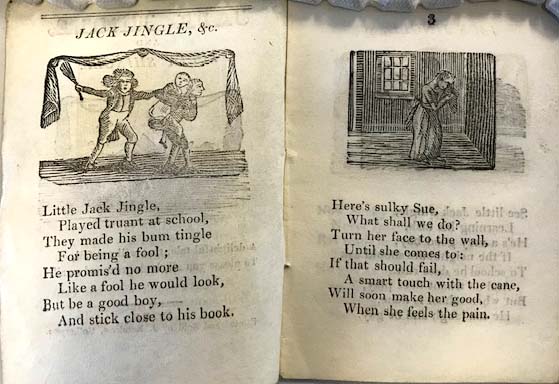 Although the shortness in length, suggests they were aimed at solely children, they were intended for any reader with basic literacy and occasionally included political and crime stories. The content typically portrayed the more traditional views of the day for example the roles performed by men and women at that time.

From reading these small published works it is apparent there is a moral undertone to the tales and stories. With some adaptations of traditional fairy tales such Cinderella, where treatment of the step-sisters differs from the modern interpretation.

As you can see in the image below, some illustrations were hand coloured in an attempt to appeal to a slightly wealthier readership. 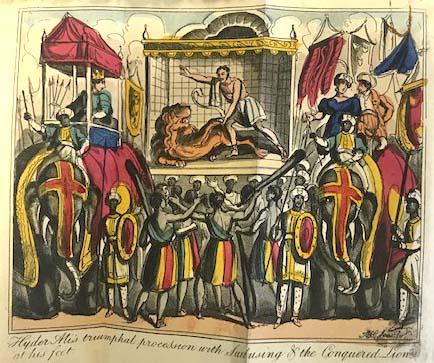 With such an eclectic collection like Underhill’s papers you are never sure of what you might find. Although chapbooks were mass printed, the majority of them have not survived due to their fragile nature. For that reason, we are very happy to have these little treasures in our collection.