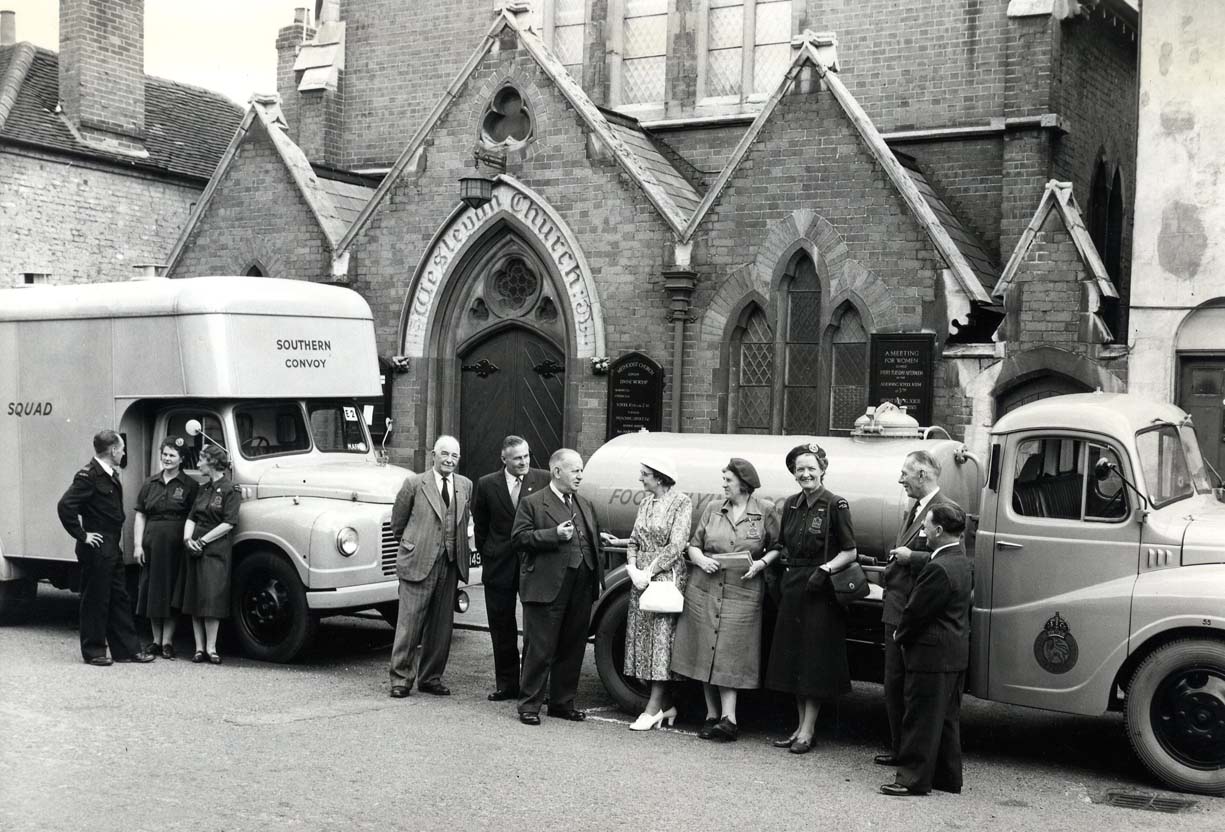 The Women's Volunteer Service (WVS) was set up in 1938 to assist with Air Raid Precautions during the Second World War. They helped provide food and shelter during bombing raids as well as assisting with the evacuation of children. After the war ended, they continued to provide social care and food through a meals on wheels scheme under the intriguing name of the Food Flying Squad.

The Slough based Food Flying Squad is shown in the picture above together with the Mayor and Mayoress of Wokingham, Councillor and Mrs Goodchild. The Squad visited Wokingham on 1st July 1957 allowing the people of Wokingham an opportunity to take a look at their canteen vans and equipment. The document below provides further details on the actual visit - apparently the vans were blue!

Food Flying Squads run by volunteers were stationed around the country in order to provide assistance to those in need during times of crisis. The WVS continues to this day providing practical help to older people and those in need. 2013 sees the organisation celebrate its 75th anniversary and it has now changed its name to the Royal Voluntary Service. 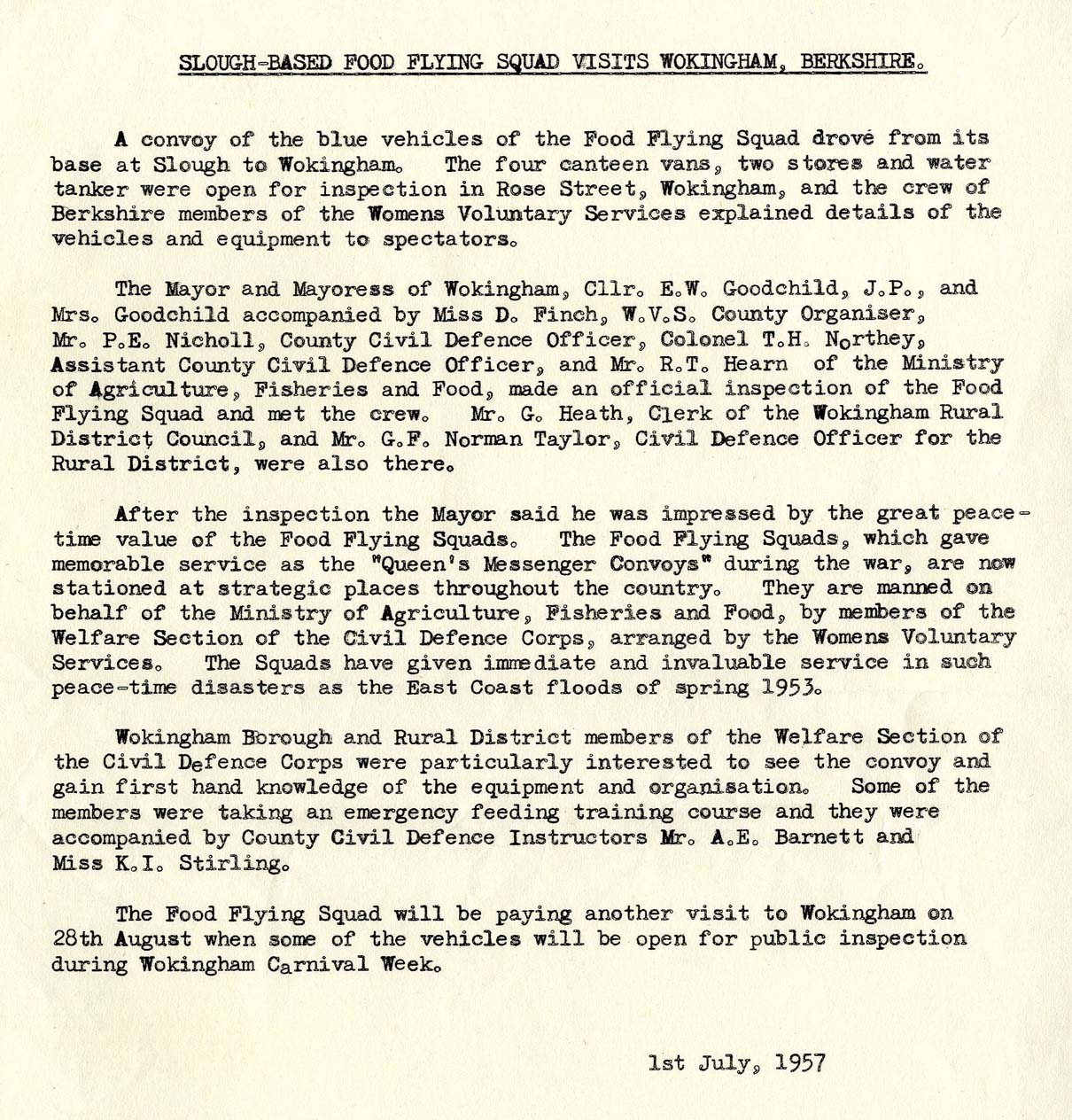