Behave or be punished

The reasons for admission into the workhouse varied immensely. Many people were old or infirm, some had mental health issues, some were unmarried pregnant women who had been disowned by their family. The most common denominator was the fact that they were poor and unable to support themselves.

The workhouse was set up to provide relief for such people in their time of need. But upon arrival inmates were stripped, bathed and given a uniform - their own clothes being washed and stored for their release. People did not take the decision to go to the workhouse lightly as it was often a traumatic experience.

Inmates were expected to contribute to their upkeep by working within the workhouse. Women did the cleaning, laundry and kitchen work whilst men did hard labour such as wood chopping and stone breaking which could be used to make roads.

The workhouse had rules that were read out daily so that illiterate inmates had no excuse for not knowing them. Part of those rules referred to acceptable behaviour. Looking at this c.1930 Public Assistance poster (reference C/PA/Z3/2/2) behaviour was very important to those in charge as the punishment for misbehaving was quite severe. Being disorderly or refractory could result in food being rationed or even a spell in solitary confinement. 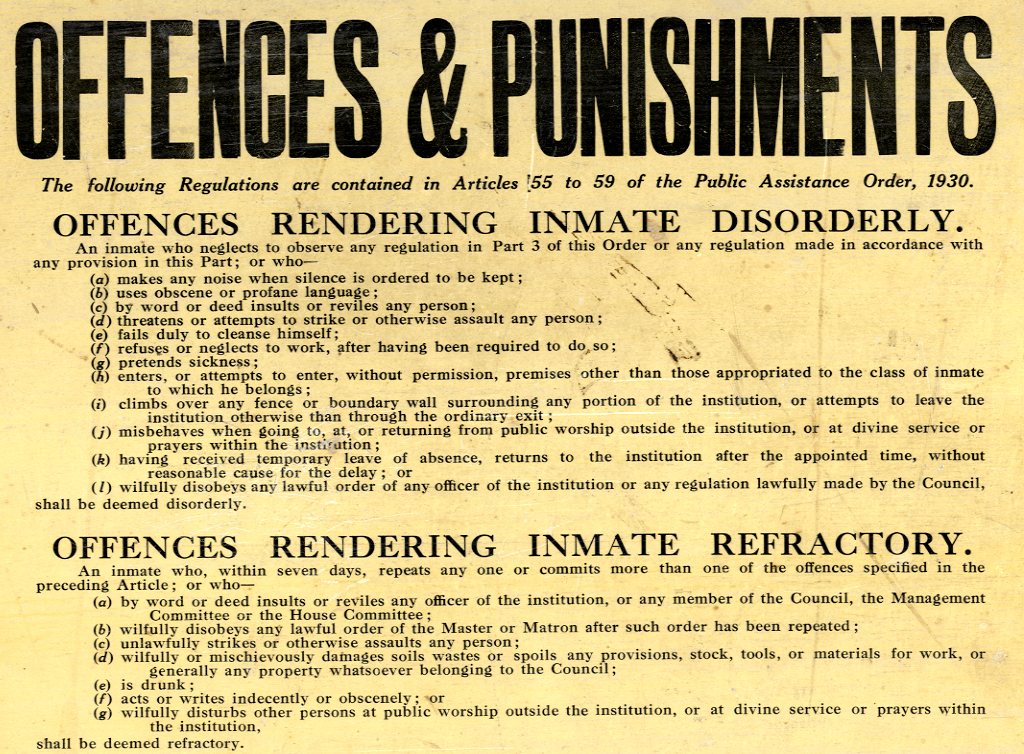