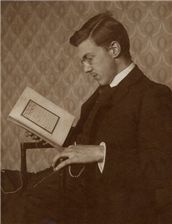 During the First World War, about 16,000 men were recorded as conscientious objectors. Of these men, 6000 were either forced into the army or imprisoned; one of them was a Blewbury artist named Sydney Langford Jones.

In 1914, Sydney was 26 years old, and a recent graduate of the Royal College of Art. Sydney felt that he could not take an active military role during the war because of his Quaker beliefs, and consequently, he served a total of seventeen months at Pentonville prison during the conflict.

While in prison, artistic materials and painting were both forbidden, so Sydney found an ingenious way to circumvent this problem. Using his talent as a sculptor, he turned the thin porridge that inmates were given to eat into small figurines, which could be easily crushed if a prison guard were to appear unexpectedly.

Despite how easy these little figures were to destroy, two remain and have come into the possession of the Berkshire Record Office as part of Sydney's archive. The level of detail and the durability of figures made out of such a substance are truly astonishing. Shown here is a seated man, wrapped in robes and wearing a turban (ref. D/EX1795/3/62). 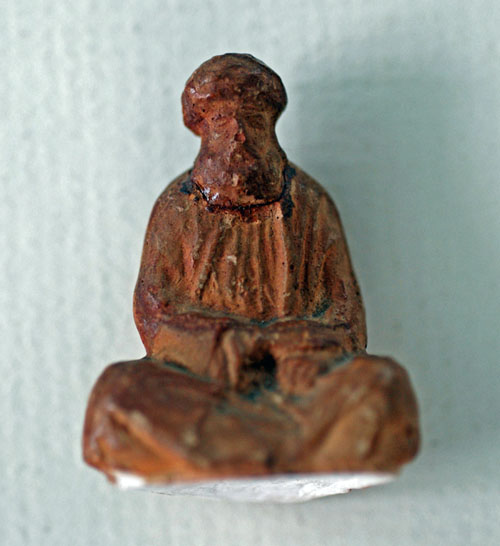 Sydney continued to be committed to pacifism and the Quaker faith throughout his life. Paintings from his later life are also amongst his archive held at the Berkshire Record Office. Many of these have religious themes and much of his correspondence deals with religious topics. Quaker roots ran through his family tree; his nephew Robert became a conscientious objector during the Second World War.