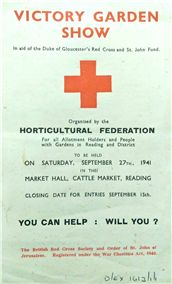 As we enjoy the Summer months we tend to go to outdoor events and functions, but these are by no means modern affairs. Many events today date back to the post wartime period or even earlier. Once such example is the garden show of the Reading Horticultural Federation. The Federation established the Victory Garden Show in 1941 as part of the wartime 'Dig for Victory' programme. The name was changed to the Reading and District Horticultural Show in 1946 and became known as the Reading Show from 1963.

The first two shows were held in the Market Hall at Reading Cattle Market. Between 1943-1951 it was held at various places around Reading, then in 1952 it was held at Hills Meadow on Christchurch Road. Since 1964 it has been held at Kings Meadow.

The shows were much what you would expect from a garden show with flowers and produce on display to be judged and admired. This poster from 1966 indicates that there was also going to be a dog show and a firework display (ref. D/EX1613/1/26). It also claimed to be the 'largest horticultural show for miles'. 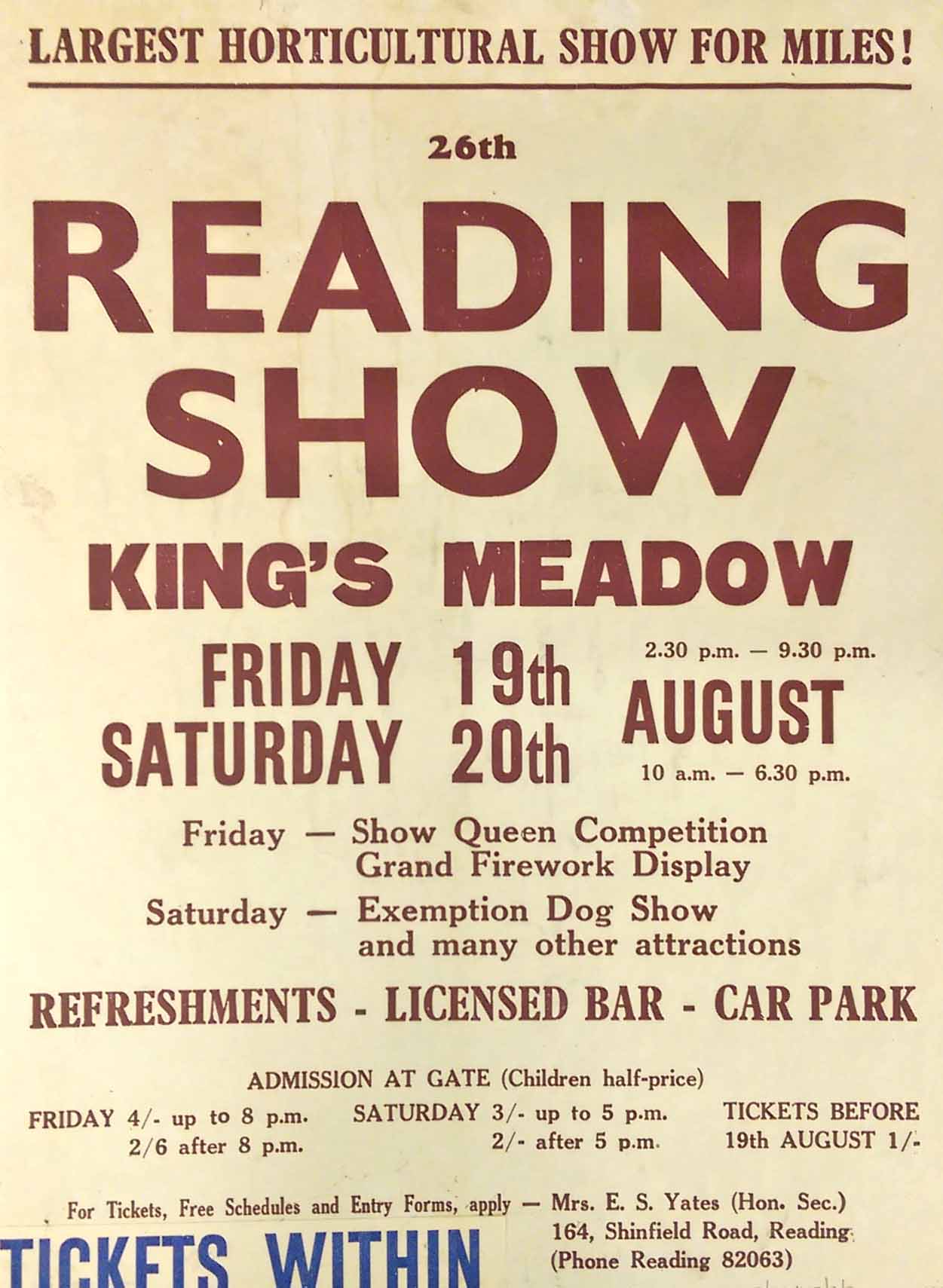 Curiously though, there also seemed to be other competitions at the shows such as a bunny judging competition as this 1960 photograph shows (ref. D/EX1613/3/3). The chap on the end looks particularly worried that his prize bunny is about to escape - or perhaps he looks a little downhearted because his bunny did not win first prize. Looking at the large number of cages behind them, there were clearly a lot of bunnies to judge. 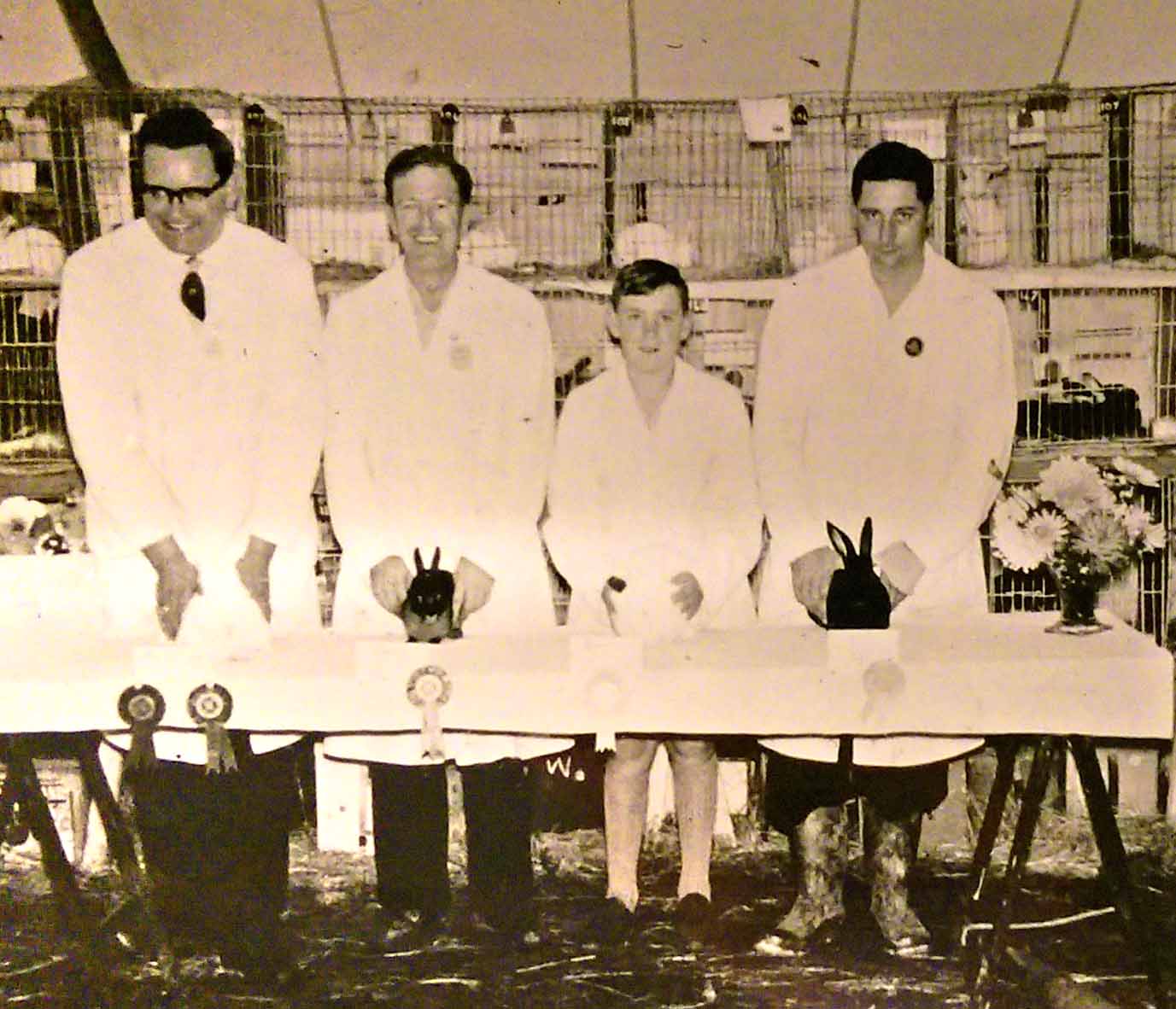 Other photographs in the collection show cups, trophies, produce and even tug-of-war competitions from the 1950s and 60s. Typical aspects of a summer garden show many of which are still performed today at the many garden shows that take place in Reading and Berkshire as a whole.