Nice day for a drive 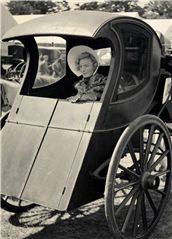 War-time petrol shortages meant more and more people resorted to using horse drawn carriages as a means of getting about. As it became more common, local driving clubs were formed so that they could meet up and undertake other activities.

Below we see the Berkshire Driving Club having a thoroughly enjoyable time riding up and down a local road. It's a lovely snapshot of time in around 1940 when the country was going through a tough time during the Second World War. It's nice to see people happy and enjoying themselves. This photo is amongst a few from the Berkshire Driving Club's collection held here at the BRO (reference D/EX594/5). 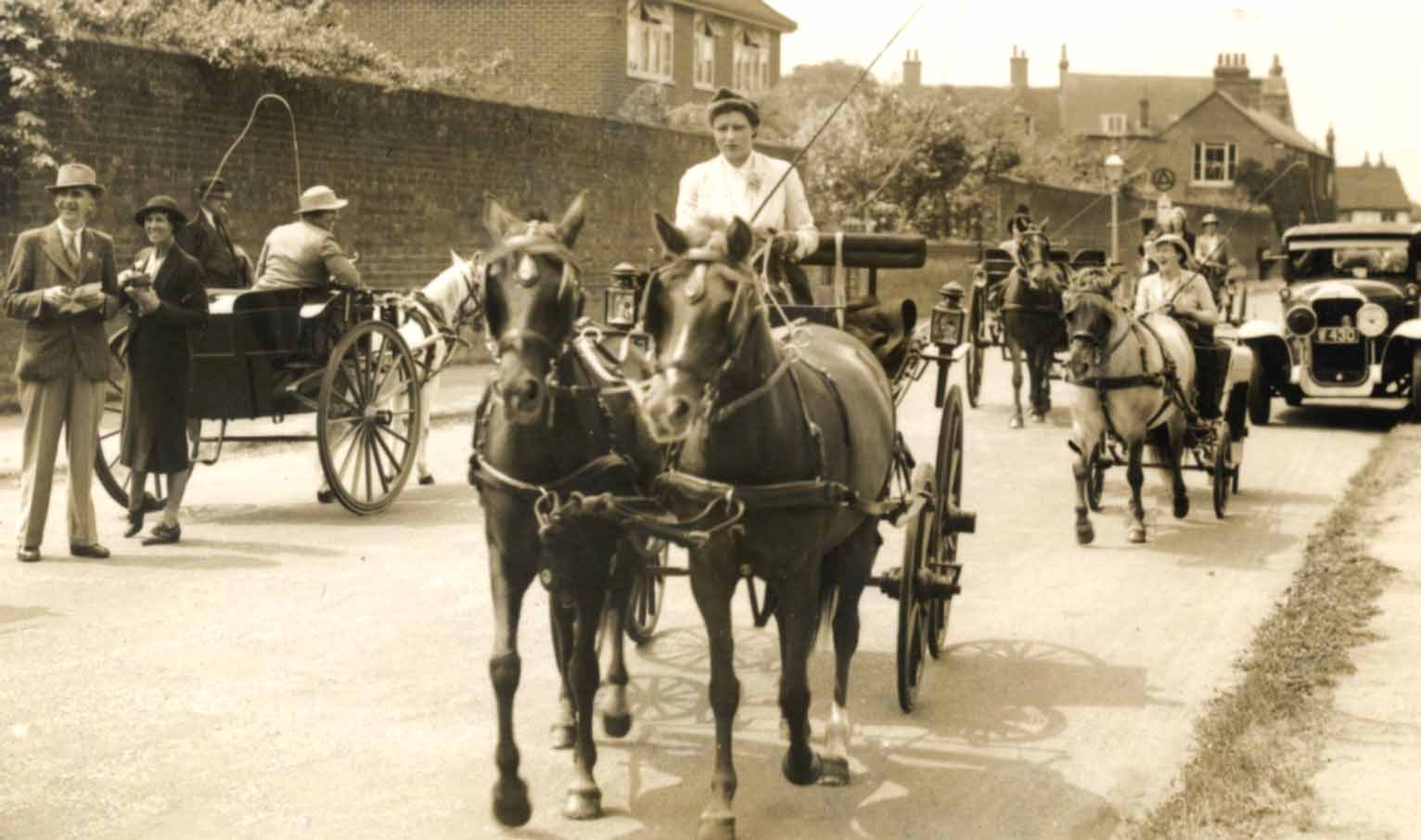 The top left photograph shows an intriguing little carriage as it would seem that being driven in it would have meant seeing everything backwards! Still it does look like a classy way to travel - the lady's bonnet is rather fetching too.

Today these types of carriages are often seen at country fairs either on display or in a parade. But far from being an old tradition only being shown now and again, horse driving clubs are very much still in active existence today.