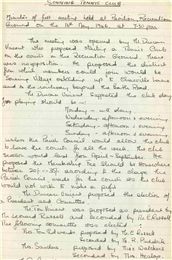 As Wimbledon draws to a close in July, it is likely that people will become enthusiastic in taking up the sport. Some may go to their local sports centre or park, but some may join their local tennis club. We have many records relating to different sports clubs in Berkshire at the Berkshire Record Office. Typical records may include administrative records such as minutes, annual reports and accounts; and other records such as programmes, newsletters, news cuttings, photographs, posters, score books, year books, membership records, even tickets for events and menus for annual dinners. A whole host of records that can paint a picture of what a club was like.

You can tease out quite a lot of information about a local club from the administrative records such as minutes and accounts as they tend to detail the functions and decision making aspects of a club. The minutes shown on the left here are of the Sonning Lawn Tennis Club and show that the first meeting was held on 16th May 1946 (ref. D/EX2305/1). That makes the club, which is still running, 70 years old. The minutes discuss membership fees and club rules, which were based on those of the All England Lawn Tennis Club (see the image below). 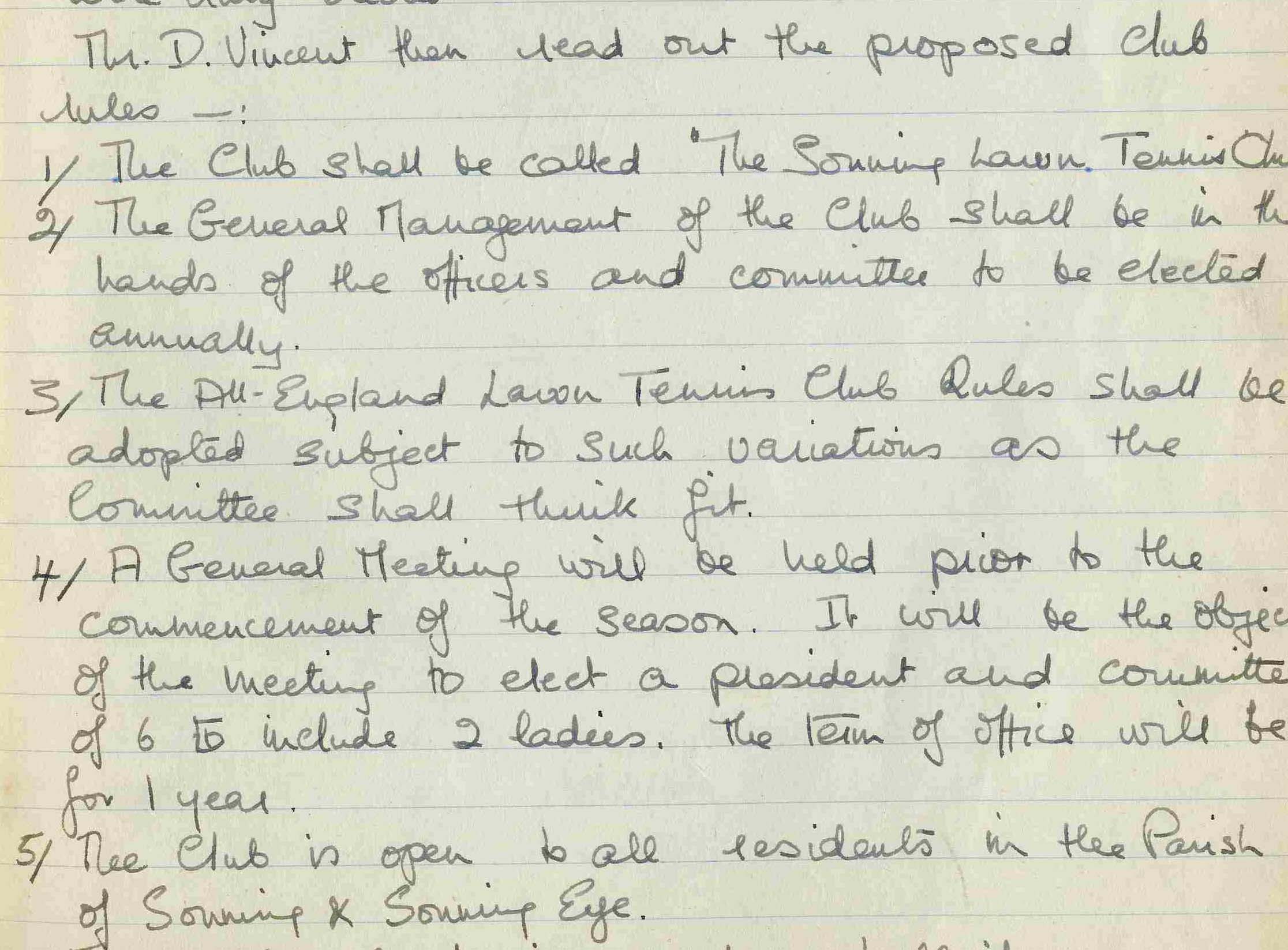 Clubs such as this required a committee of volunteers in order to run themselves which often included a president, a secretary, a membership secretary and a treasurer. Meetings were necessary in order to discuss aspects such as membership, the grounds, fees and any problems that may have arisen. There are many references to making sure the tennis courts were kept in good order for example. The committee were there to run the club whilst keeping their members informed of any issues which may affect them and the club.

Administrative records may not be visually exciting or enticing to read to all, but they can really provide an insight into the running of a club, events that they held and any issues that they had to deal with. The history contained in them can help inform future decisions and can also provide historical data for celebrating events such as anniversary's. These and other club records can help provide an insight into aspects of local, social and sporting history.