The Fastest Milk Float in the East

This is a bit of a reminiscence session for those of us in middle age. Who remembers a Clifford’s Dairies milkfloat coming down the road?

This picture of kids and float was taken at an open day at Clifford’s HQ in Downshire Way, Bracknell. It’s undated but using our childhood antennae we’ve guessed that it must be either 1980 or 1981. The float itself is tiny and there has to be a risk that the extra yoghurt, potatoes and spring water in the back caused it to do a wheelie on its rounds.

The firm of Clifford’s began life in Middlesex in 1874, when patriarch William began selling milk from his two cattle door-to-door in Hounslow. This was in the days when milk was carried in pails on a yoke across the seller’s shoulders.

By 1907 William had a herd of seventy cows, a farm and a number of horse-drawn milk carts. The business expanded still further between the wars and began to use dairy herds in Berkshire. Eventually the company’s offices were moved to Bracknell in 1947, and there they stayed until Unigate bought the firm in 1993 and moved operations elsewhere.

Clifford’s part in Berkshire’s history was thus a small one, but a central point of childhood for a couple of generations. 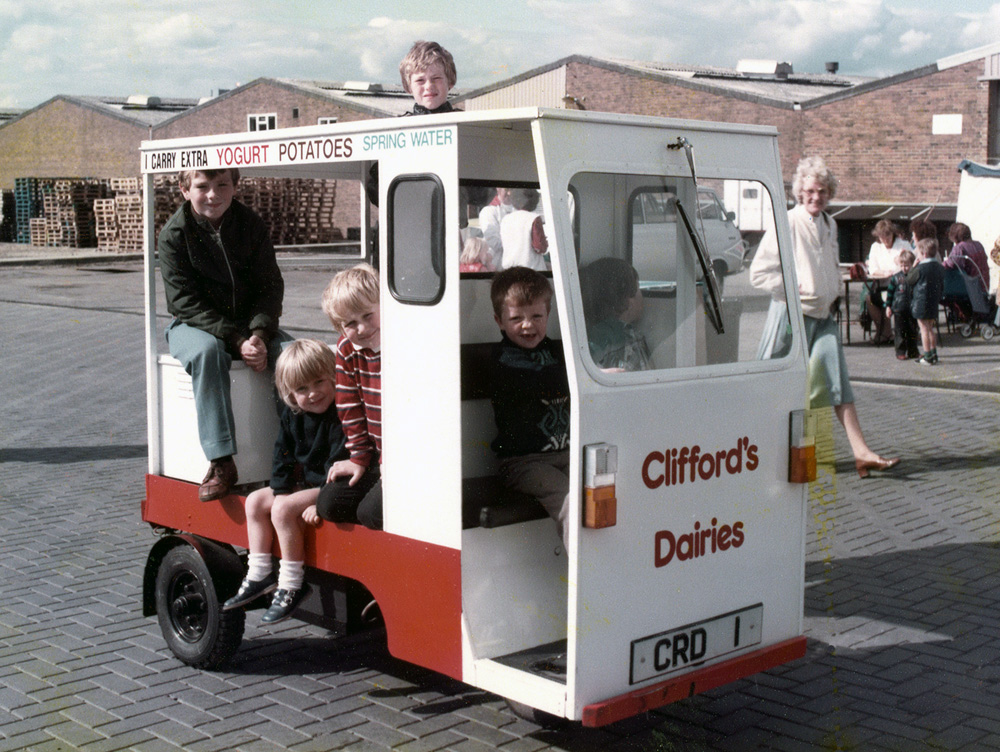