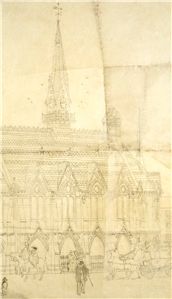 Amongst the Wokingham Borough Records is a collection of papers that was given to the borough by Canon Bertram Long in the 1940s. Canon Long was rector of Wokingham All Saints in 1904 and his predecessor, Edward Sturges, had collected material relating to Wokingham whilst in post. This sparked an interest in Canon Long and he subsequently added to the collection even after he moved to Whitchurch, Oxfordshire in 1933.

Take this sketch drawing of Wokingham Town Hall in 1858 (WO/D1/3/56/18). It was found inside a book of notes on Wokingham which Canon Long states came from a Mrs Gotelee. 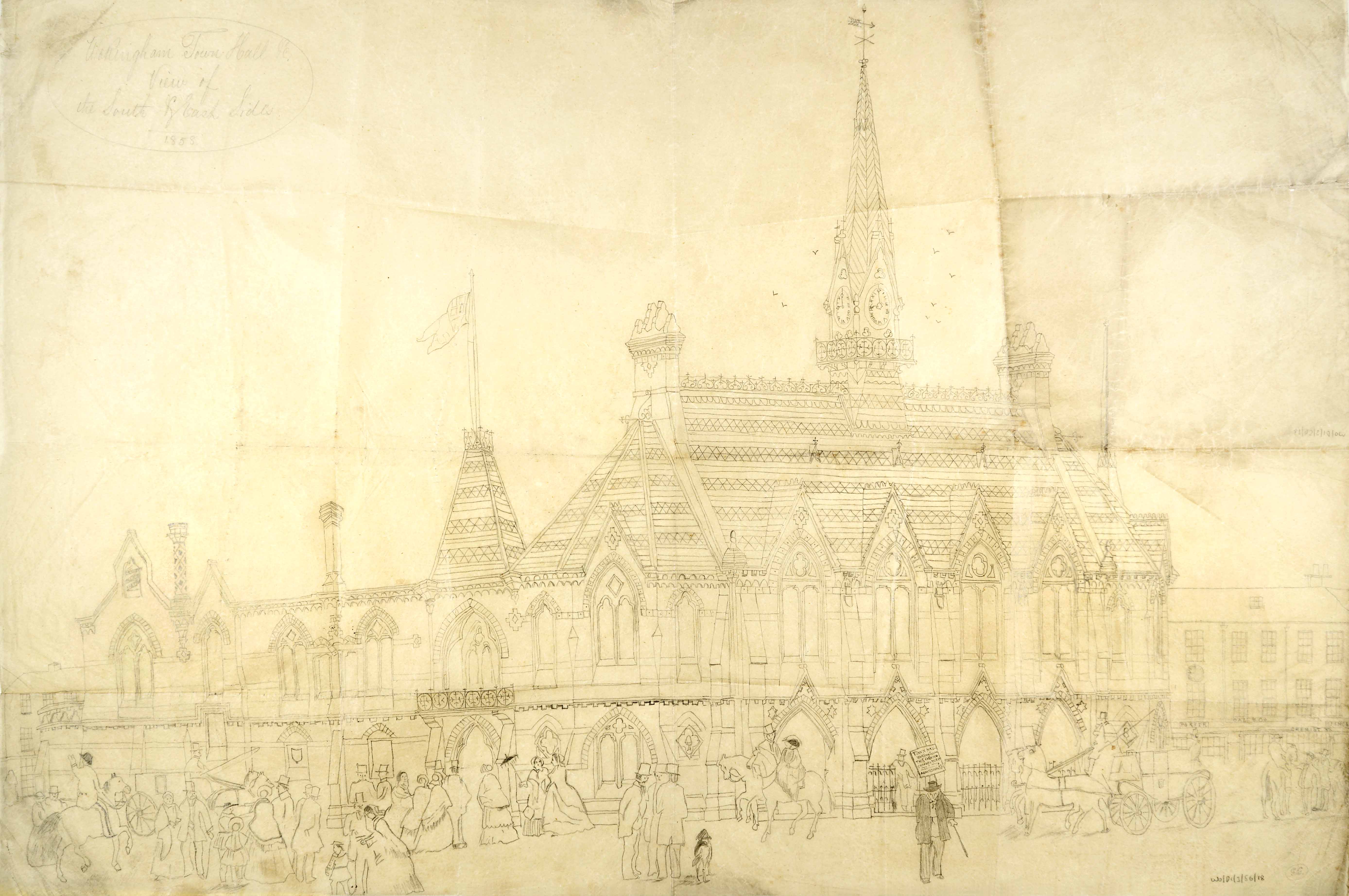 It is a lovely drawing and the architecture of the building really stands out. Life has been breathed into the drawing through the depiction of people milling around outside. We can see the clothes they would have worn, a horse drawn carriage, even a man holding a notice stating that a concert was to take place at the Town Hall that night. The drawing depicts a snapshot in time, much like a photograph.

Some of the miscellaneous notes are very praiseworthy of Wokingham. One states that "A stranger who approaches Wokingham from Reading Road might almost fancy himself entering into one of the Continental towns. The trees on each side of the road at some distance before you reach it, put one in mind of the picturesque avenues that render the approach to many of the towns on the other side of the Channel so pleasing and so pretty" (ref. WO/D1/3/56/8). Information like this together with the drawing above can be used to compare the town of Wokingham today to how it was in and around 1858.

We can often overlook miscellaneous items as just being oddities that don't fit in with the main parts of archival collections. But the miscellaneous can sometimes reveal some intriguing and interesting aspects of life and therefore form an important part of any archive collection.