The chippy will survive!

Sizzling battered fish, golden crunchy chips, the mushiest of mushy peas… Most of us love a trip to the fish and chip shop, and the continuation of takeaways over the lockdown periods was a bright spot amongst dark days. This month’s highlight focuses on this beloved British institution and a more local representative of it.

The Reeves family opened their first fish and chip shop in Wantage in 1895 and some of their daily takings' books, order books and accounts now have a home here at the Berkshire Record Office (reference D/EX2472). In 1919 the Reeves family moved to Abingdon, where they established two shops at 173 Ock Street and 92 Vineyard. These volumes help provide a picture of how the business grew and fared. However, it is not necessarily the facts and figures that provide the most interesting aspect, the notes included can provide an insight into the ups and downs of daily life in a fish and chip shop. 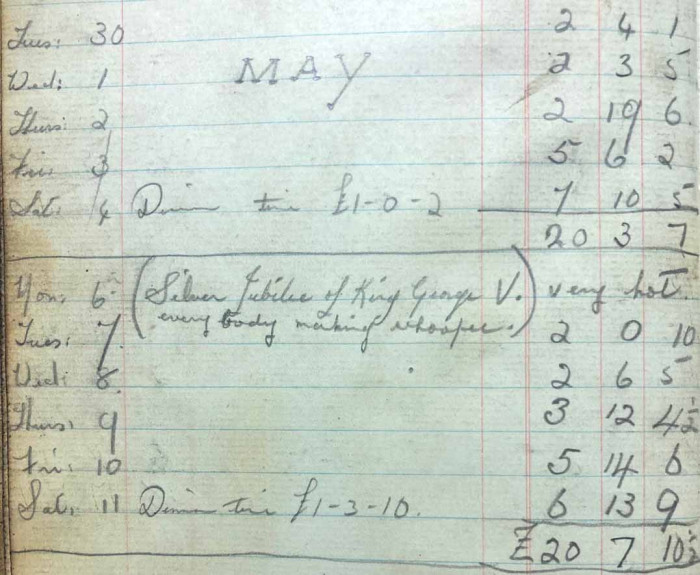 The carnival coming to town might have presented an ideal opportunity for selling fish and chips, yet the daily takings book record that they were closed that day – perhaps they went to the circus themselves. Likewise, the Silver Jubilee of George V, a national public holiday, saw ‘everybody making whoopee’ rather than opening the shop.

However, these records don’t just cover the good times. In December 1935 there was a fish shortage, but more trouble was to come. Two simple words written in pencil next to the month of September 1939 convey the start of one of Britain’s darkest periods: ‘war declared’. For Reeves and Sons in Abingdon, it does not appear to have had that big of an effect to begin with. The consumption of fish of chips actually rose that week from the previous week. 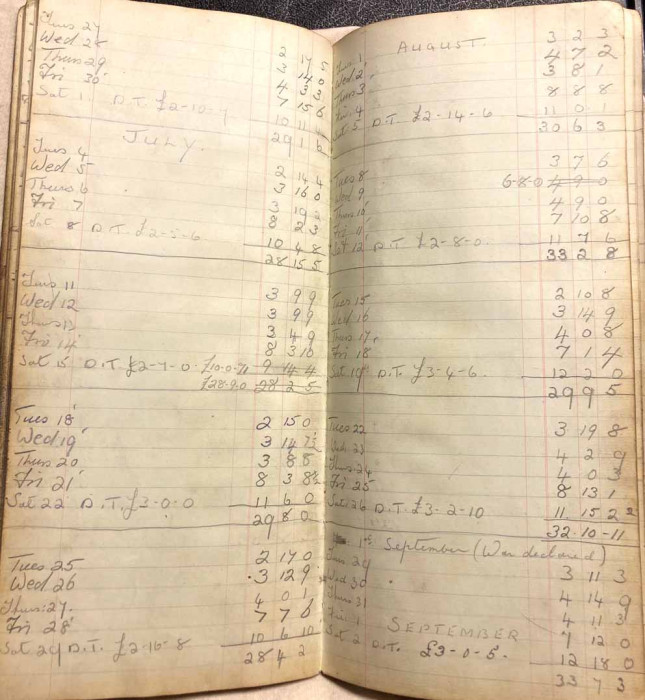 Indeed, throughout 1940 and 1941 profits remained high. The week beginning 5 August 1941 saw a weekly taking of £50, up around £20 from where it had been the previous year. However, the following week saw the ‘First week of Blacking out’ at 9pm and a drop in profits by £10. By the end of the year they were often only opening 3 days a week and serving ‘chips only’. 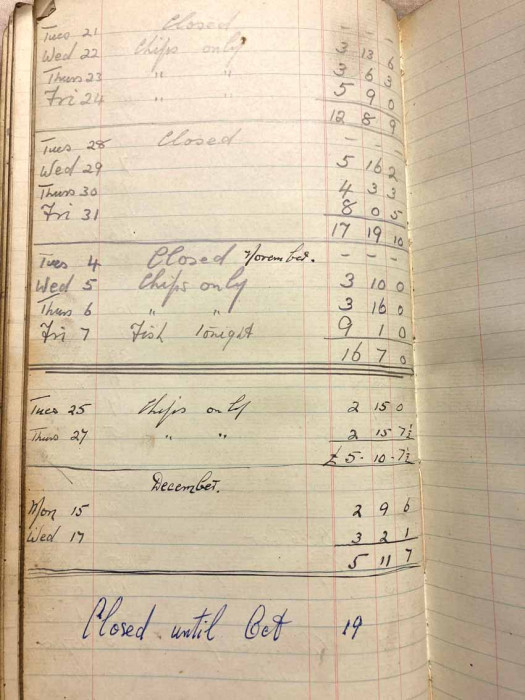 The takings books then provide a bit of a mystery. The last page of one ends with the words ‘Closed until Oct 19’. This tantalising phrase is not completed. Was the shop shut for a year? Two years? The next volume starts in August 1945, once World War Two was over. This volume demonstrates the light that can come after dark though as in October 1945, the fair was back in town and the daily takings increased! But what happened between December 1941 and August 1945 currently remains a mystery. 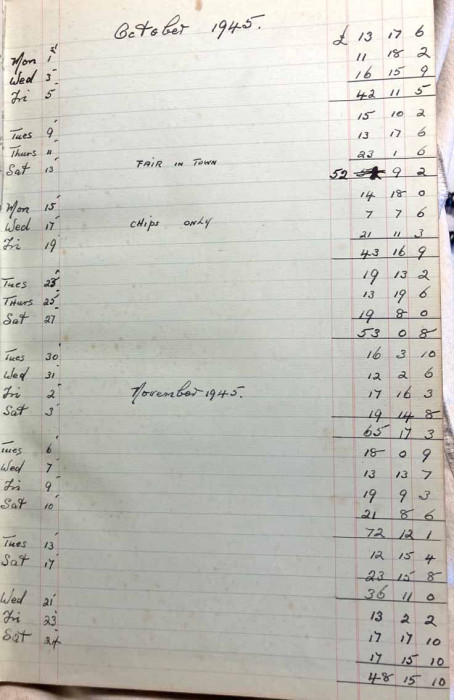 The Reeves family continued to run these fish and chip shops until the 1980s. The Vineyard property has now been turned into a bike shop, but the Ock Street property is still a fish and chip shop. It was renamed ‘Salami’s Fish Bar’ for a time but has now been named ‘Reeves’ - perhaps in honour of the Reeves family. Blackouts, war; times of hardship and prosperity; even modern lockdowns…the humble chippy has survived it all!