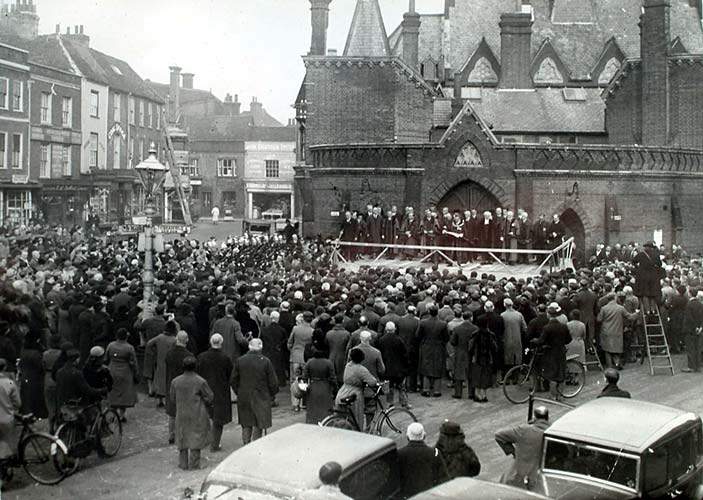 George VI was proclaimed King on 11 December 1936, after the 325 day reign of his older brother Edward VIII had ended in the latter's abdication. This photograph shows the Mayor of Wokingham reading the proclamation from a platform in front of the Town Hall. 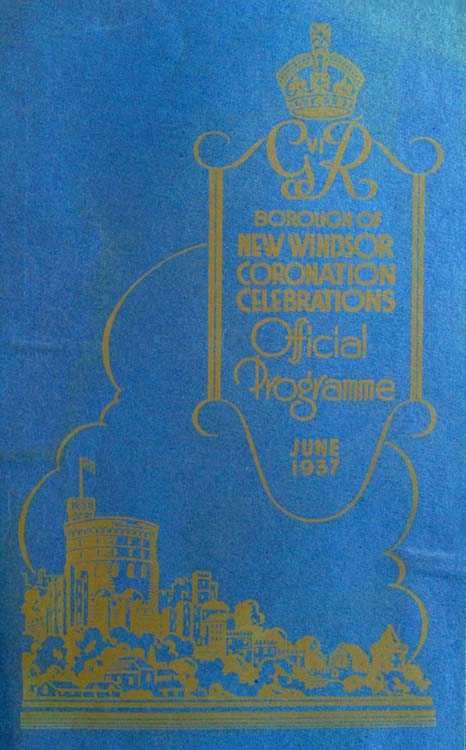 Cover of the photograph album for the Coronation Historical Pageant, Windsor

A variety of historical floats were driven round Windsor town centre to celebrate George VI’s coronation. Each float is captured in this photograph album, and the cover is shown here. The coronation was held on 12 May 1937. It was the first coronation to be televised, though the BBC audience was restricted to 50,000 television set owners in the London area. 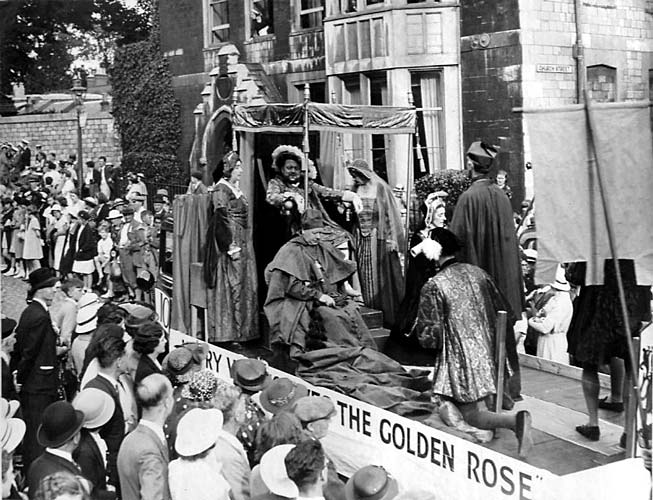 This photograph shows the 'Henry VIII' float as it made its way through the town. It is taken from the Historical Pageant photograph album. 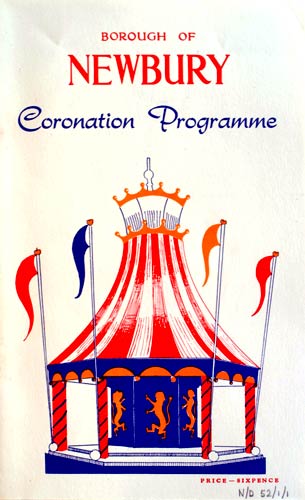 This is one example of several items which illustrate some of the events held in Newbury for the Queen’s coronation. This is the programme cover. There was a carnival procession, dances, fireworks and street decorations and parties on 2 June itself. 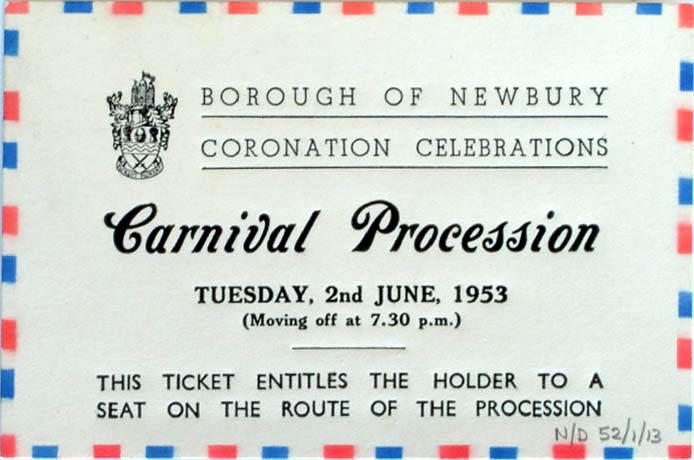 This ticket allowed one of Newbury's residents to gain access to seating areas along the route of the town's procession. 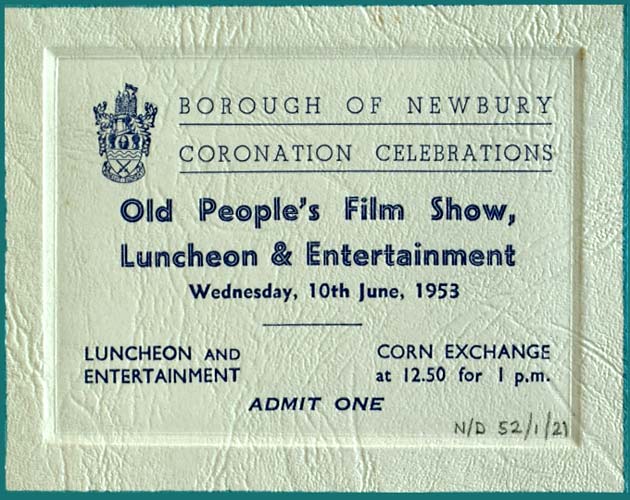 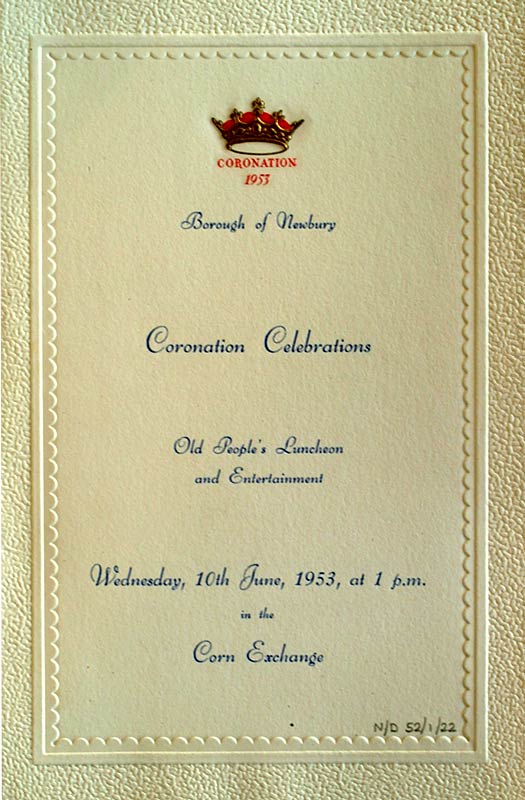 This is the menu for the Old Person's Luncheon. 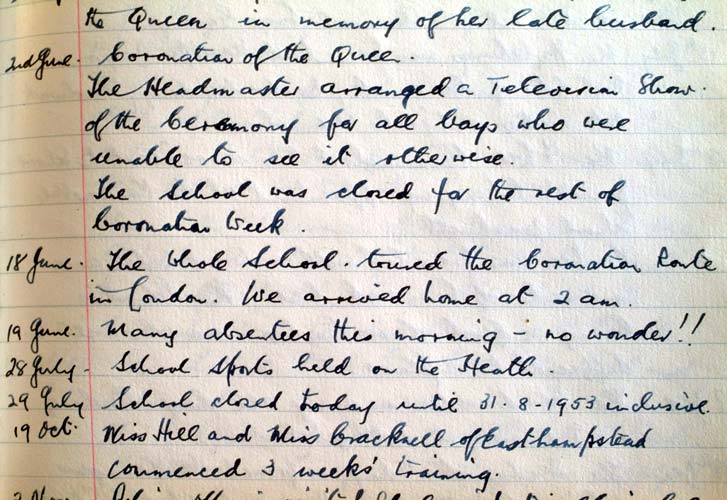 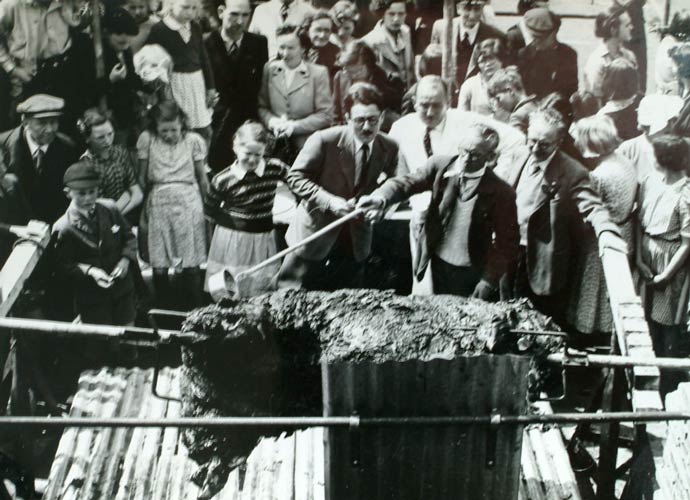 This photograph shows a traditional ox-roasting in Wokingham Market Place for the coronation. Food was an important theme for 2 June 1953. Sweets had been taken off ration in February, followed by eggs in March and cream in April. By coronation day only fats and meat were still rationed, which made cooking for coronation parties a little easier. Coronation chicken was the dish of choice, created by Constance Spry for the occasion.