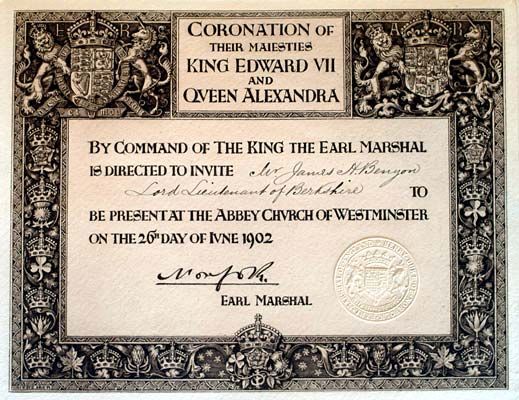 This is James Benyon’s invitation and ticket for Edward VII’s coronation. James Benyon was Lord-Lieutenant of Berkshire at the time. He lived at Englefield House. 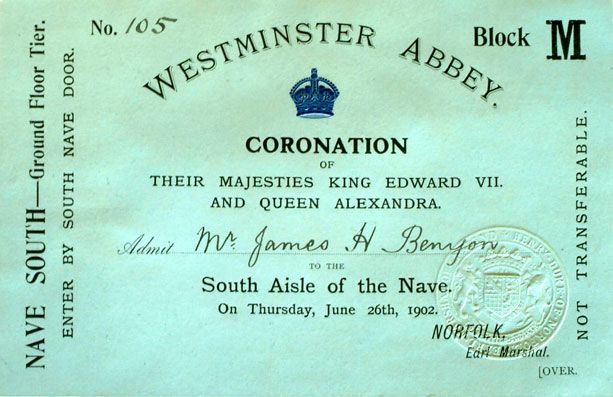 This is the ticket that gained James Benyon entrance to Westminster Abbey on coronation day.

The coronation had been planned for June 1902, but had to be postponed until 9 August because the King suffered a burst appendix three days before the original date. In consequence he missed his own coronation banquet , because on the day that he fell ill, all the guests had arrived at Buckingham Palace for the feast, and it was felt impossible to cancel it. The King later made up for his absence by a organising another dinner, served simultaneously at over 700 venues. These feasts were attended by around half a million Londoners. 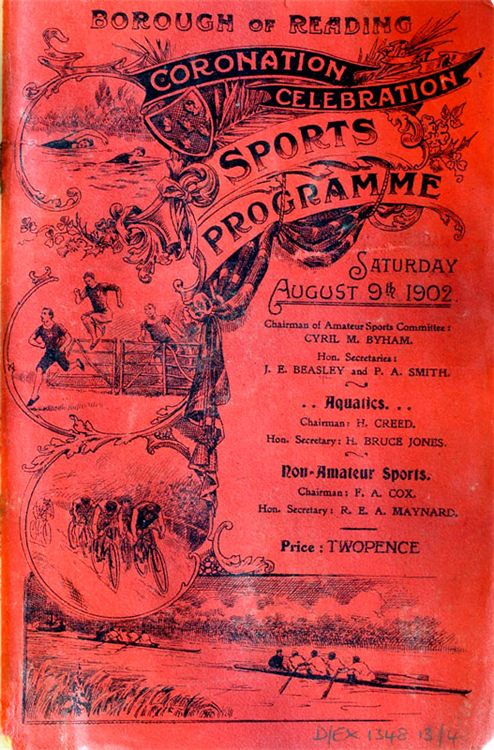 The coronation sports in Reading were held at Huntley and Palmer's Biscuit Factory Recreation Ground. Contestants were invited to dress in ‘university costume’ – a one piece outfit. There were serious athletics as well as sack, three-legged and costume races. 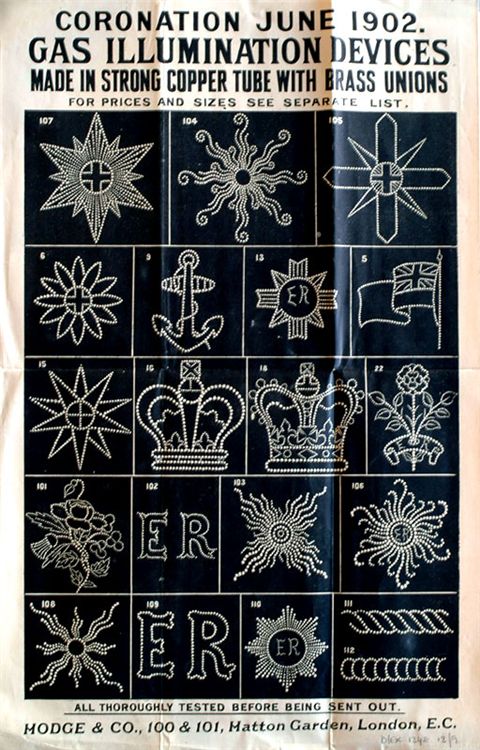 Gas illuminations became popular towards the end of the eighteenth century. They comprised multiple gaslights within pipe work designs and were often used to accompany firework displays. 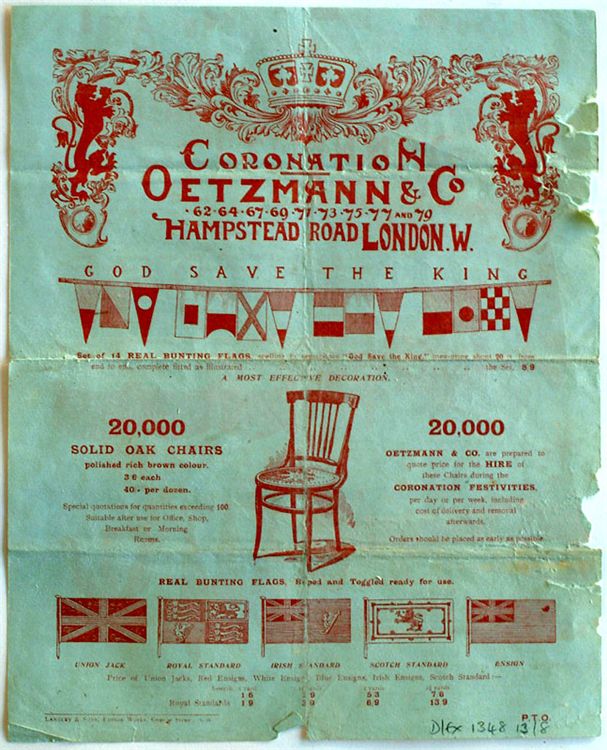 Oetzmann and Co were suppliers of furnishings and furniture. This advertisement shows flags and bunting on sale for the coronation. 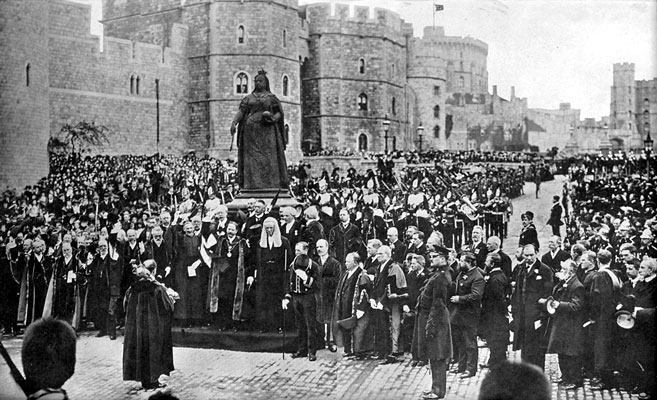 This photograph from the Berkshire County Council archives show the Mayor, aldermen and councillors of Windsor Borough in proclaiming George V King in front of the statue of Queen Victoria erected for her Golden Jubilee. Royal proclamations are issued by the monarch and Privy Council under the Great Seal. These days the device is rarely used, but apart from announcing a new sovereign they are issued to dissolve Parliament for a General Election and also to announce the introduction or withdrawal of coins and notes. 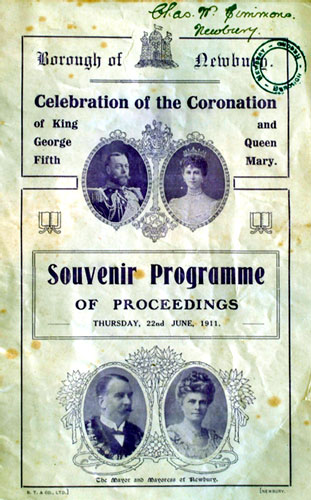 Newbury celebrated the coronation with a procession of schools and societies through the town centre, including floats on the making of the Newbury coat in 1811, the Berkshire Regiment’s last stand at Maiwand in 1880, and the development of English weapons through the ages. In the afternoon there were sports and in the evening a fancy dress ball. George V’s first coronation was on 22 June 1911. He is unique in also having a second on 12 December. The first was at Westminster as usual; the second at a Durbar in India, where he was crowned Emperor. Neither Victoria nor Edward VII had attended the Durbars to mark their becoming Empress and Emperor.