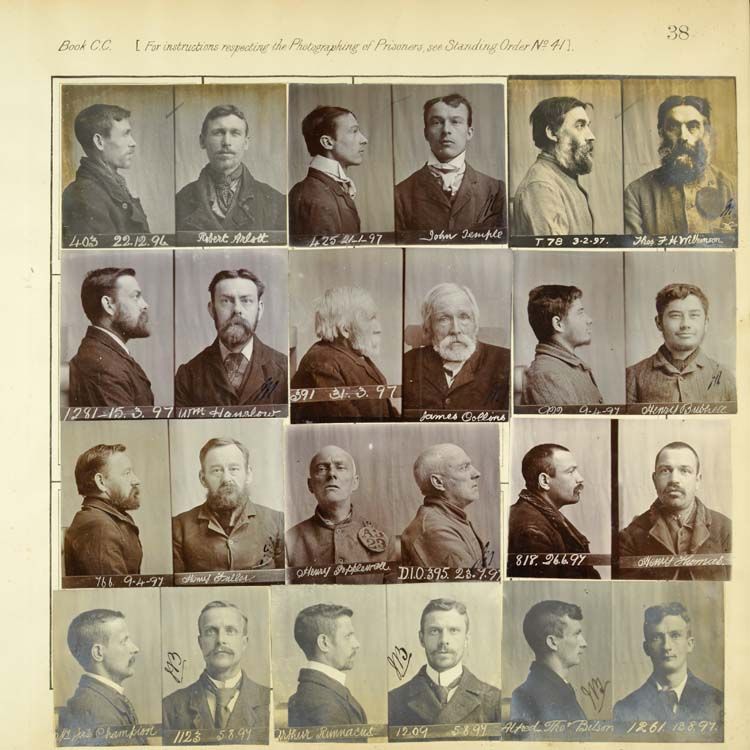 The Home Office issued its first set of standing orders for convict prisons shortly after 1878. Amongst these orders was a requirement to photograph prisoners "in liberty clothing" some three weeks before their discharge.

For Reading, only a handful of such photographs survive. These are from 1896 and 1897. They include a picture of Henry Bushell (p38, far right, second row) who was one of the "pals" Wilde made in prison. Shortly after his discharge, Wilde had money sent to some of these men; Bushell received £2 10s.

When this photograph was taken, Bushell was near the end of a 15 month sentence for stealing an overcoat and a quantity of bacon. He was 22 years of age, and it was his seventh spell in the gaol.

His image sits beside those of other men and women who shared their incarceration with Wilde. William Proctor had also stolen a coat, while George Mankelow had taken twelve sacks of potatoes, George Wooff a silver watch, and James Collins a leather purse; Charles Sealey had obtained a sack of oats under false pretences; Annie Lee and Albert Hale had acquired money likewise.

All were jailed for between two months and three years. 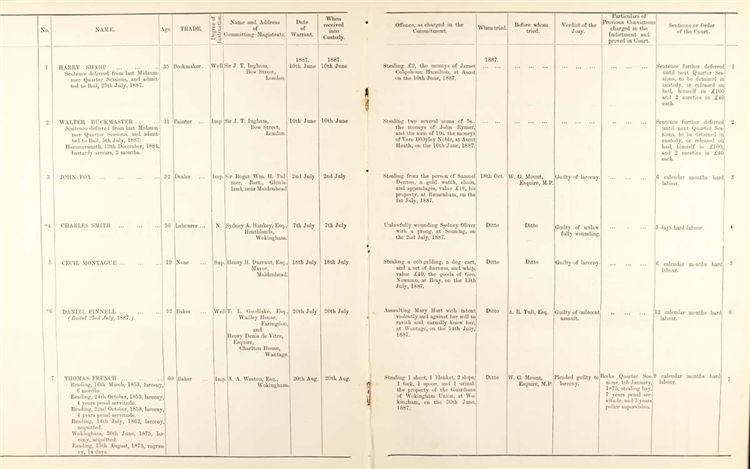 A Calendar of Prisoners tried at the General Sessions of the Peace, Reading

Most prisoners in Reading Gaol had been tried, like Wilde, at a Court of Quarter Sessions. This was the second highest Victorian criminal court, and heard those cases deemed sufficiently serious to require a jury, but whose jurisdiction did not extend to the most violent crimes.

Berkshire's sessions were held at the Assize Courts in Reading, now the Crown Courts building. They were chaired by one of the county magistrates. This page shows prisoners held in Reading Gaol who were tried at the Michaelmas Sessions in 1887. The chairman of the bench was William Mount, the great-great-grandfather of former Prime Minister David Cameron. 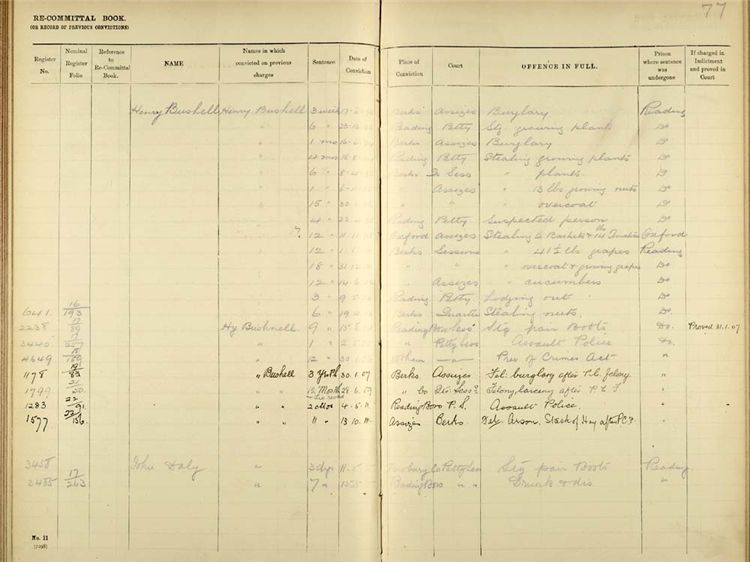 "Re-committal books" began to be kept in Reading at the end of the Victorian period. These list the previous offences committed by convicts returning to the penal system.

Thomas Noyes had his first brush with the law when he was 11 years old; but it was not until he was 17 that he began to regularly trouble the Berkshire Constabulary. The son of a Windsor shoemaker, most of his convictions were for poaching or petty thefts.